Sunday’s regular game this week was a French and Indian War battle set in the Ohio basin. Two opposing forward posts were separated by a river and each side’s objective was to take the opposing post. The table was divided roughly in half lengthways with woods on one side and open ground on the other.

We British decided to push our Indians and Rogers Rangers into the woods to hold up the French irregular forces, that were more numerous than ours, while our regulars would try to force a crossing and take the French regulars on in the open.

Sadly our plan didn’t work and we found it impossible to hold a position across the river and the fight spluttered out with a stand off on the banks of the river. The irregular troops and the British light units had a sustained skirmish with each other in the woods, but their action too was indecisive.

The game organiser was most disappointed that the British did not progress further because unknown to us the French had constructed a fort obeying our line of sight that was going to be exposed had we advanced to a certain point…but the structure never made it to the table!

Not in any particular order, here are a few shots of the game 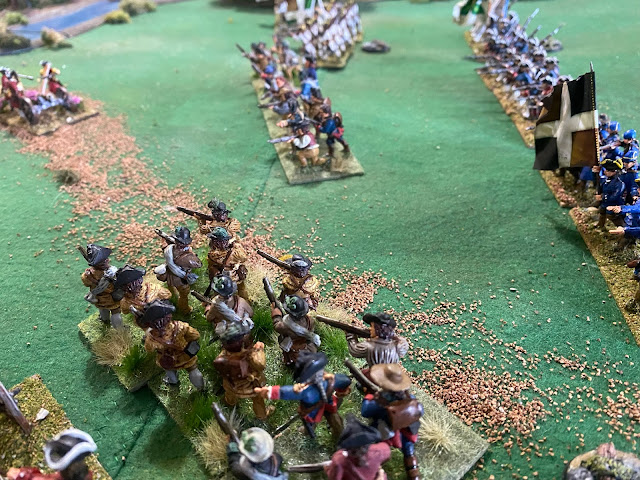 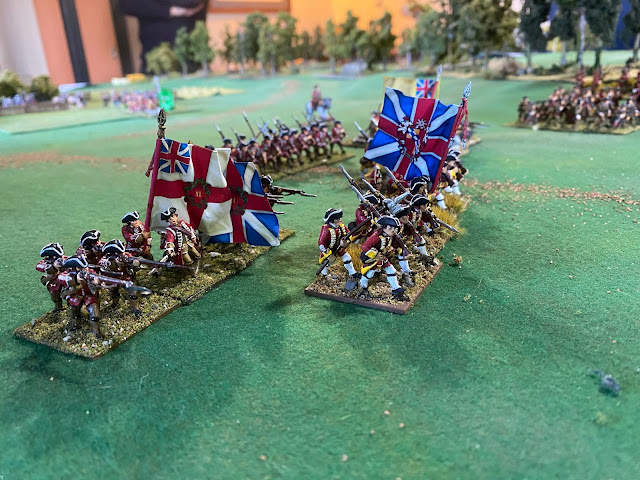 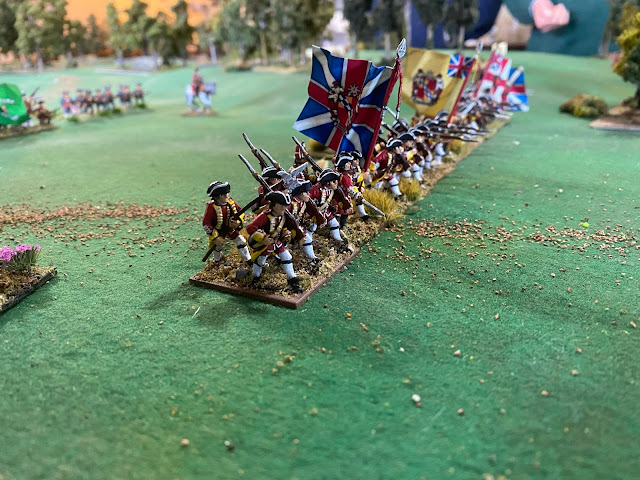 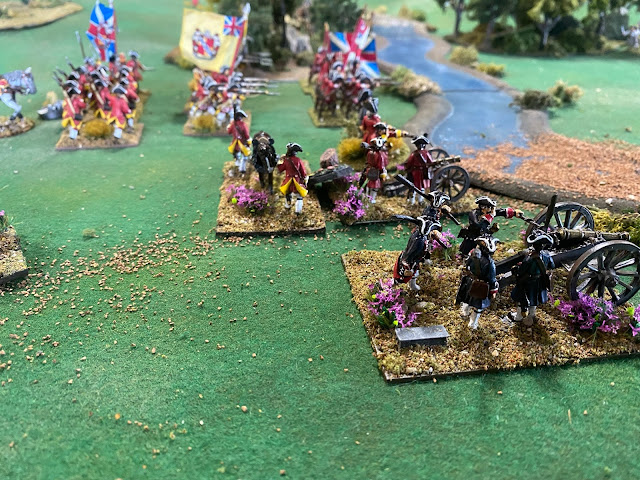 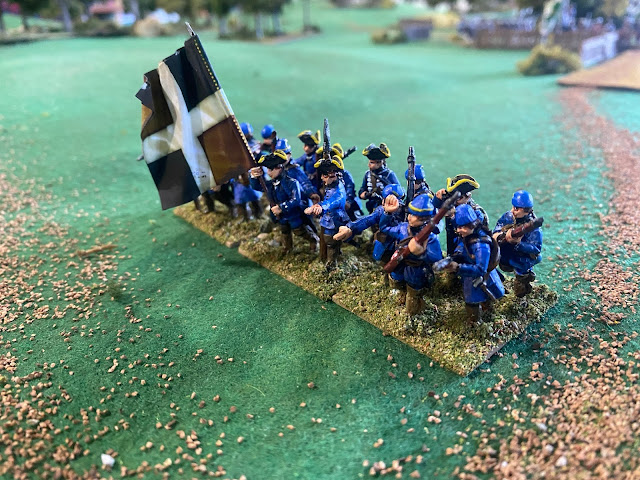 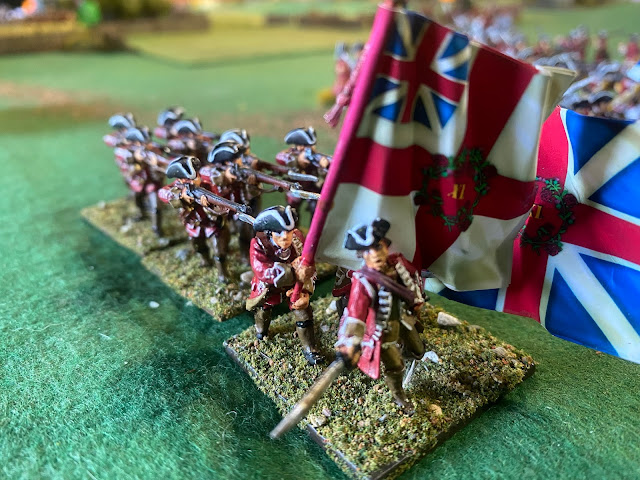 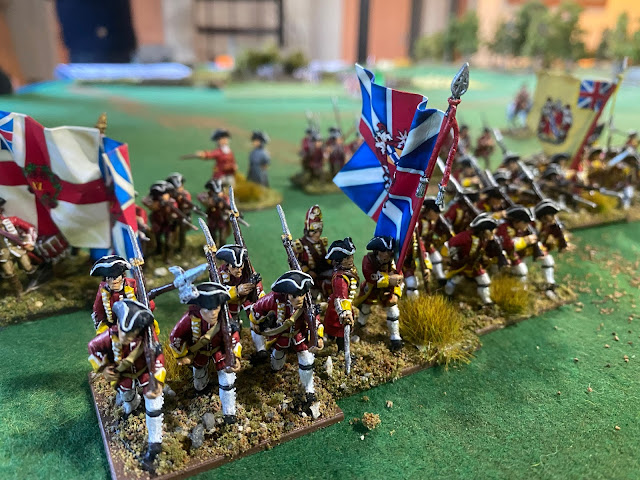 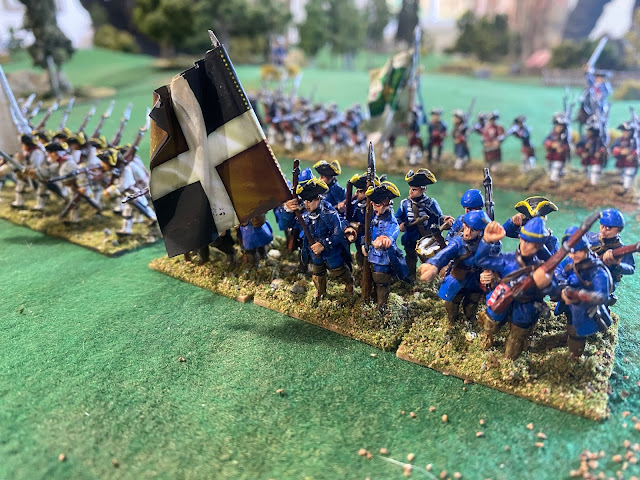