I have completed a machine gun for each side, and they look OK when based up, but I have to admin that the figures are not a patch on the Tsuba Miniatures. However, I need guns and machine guns before I can play a game. I will replace them later when Tsuba produce theirs.

If the weather holds over the long weekend, I might be able to get a few photos posted on Monday.
Posted by Mark Strachan at 17:32 No comments:

Yesterday we fought an English Civil War game based loosely on the First Battle of Newbury, fought in September 1643.

On the Parliament side the were eight pike units and six regiments of horse, with an artillery force of three guns.

The Royalists had six units of pike, nine regiments of horse, one unit of dismount dragoons and three guns.

The were three players on each side, plus a game organiser/ umpire.

On the opposite flank the a Royalists drove off two units of the Parliament foot and one of the regiments of horse, but could not drive off the remaining units.

When the Royalist infantry finally managed to get going on the left-centre it was too late and the Royalists were compelled to retire to Newbury.

It was a great game in which generally followed the historical outcome. 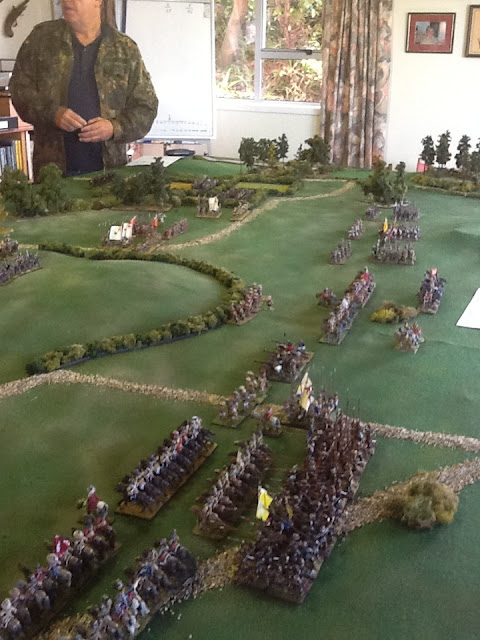 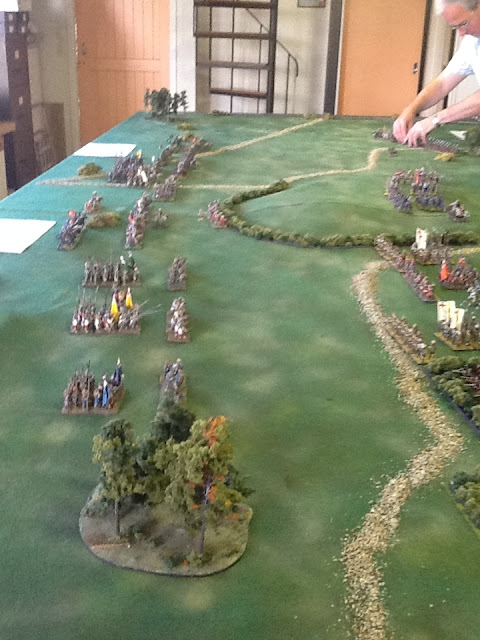 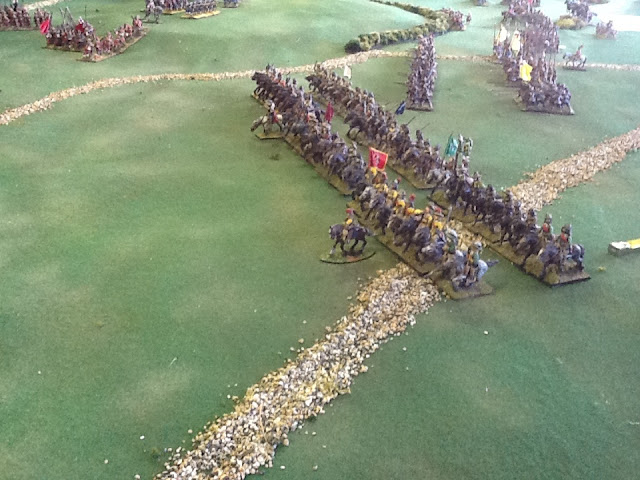 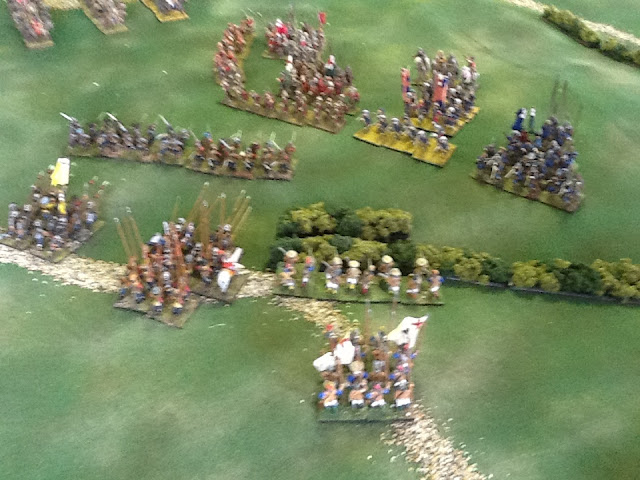 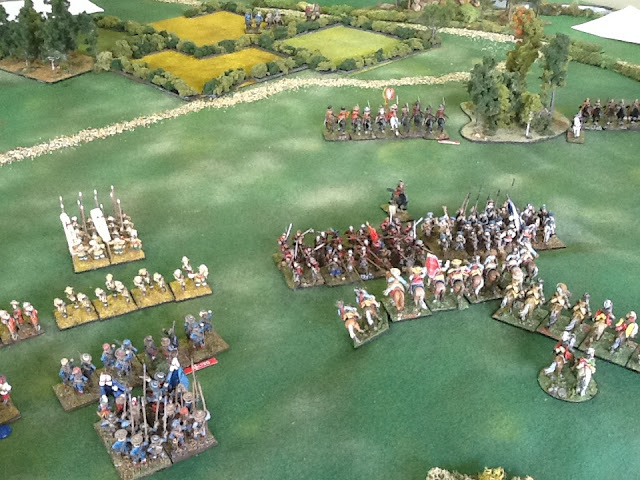 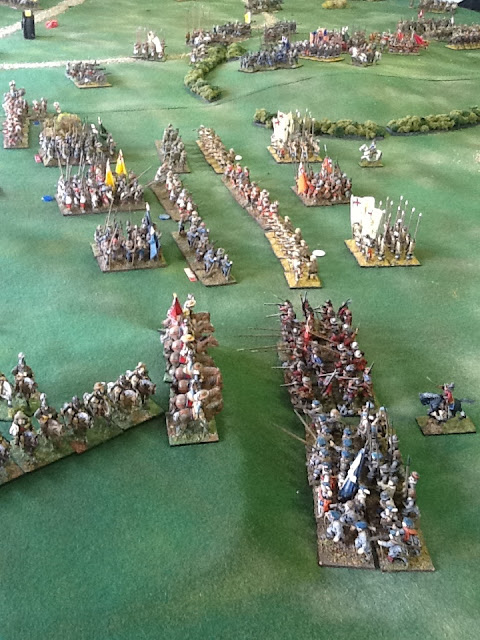 Posted by Mark Strachan at 13:25 No comments:

I haven't posted for a while, I know, but that is because I have been busy painting.
I have completed a new batch of Japanese infantry for the RJW from Tsuba. I have added two new regiments, bringing my total to four regiments.
One of the two new regiments has painted in the blue winter uniform, as shown below.

I will be ordering the next two regiments of Russians next week to be followed by one more order of Japanese, to make up the Kobi brigade.

I have also been working on some buildings for the RJW, but more about them in a later post.
Posted by Mark Strachan at 14:10 No comments:

I have conquered the lead mountain. I have no figures to paint. Well that is not strictly true since here are still some 40 Italian Bersaglerie figures for 1866 in a bag in the study, but I am not inspired by them since I would need to add several hundred more line infantry if I were to paint them.

I am waiting on two parcels from overseas: the first is a the next batch of RJW Japanese from Tsuba and the other is some Russian and Japanese machine guns and artillery from Redoubt. The latter will only be placeholders until Tsuba release their models. Both parcels should arrive this week so the painting drought won't last too long.

In the meantime I have been finishing off the trenches I started about a month ago. I have 1500mm completed now and have just two end pieces and another couple of angled sections to make to finish my target.

I have also started on the first of a series of buildings for the RJW. The first of these is a walled town house, similar to the Beijing Hutongs that I saw there in late 2009. I intend to make another couple of these walled residences, a few farm buildings and a small monastery before I am ready to have my first RJW game in May. I will post photos if the new buildings as I complete them.
Posted by Mark Strachan at 21:37 No comments: