Today we fought a large American Civil War game involving eight player (plus an umpire), 40 Union and 36 Confederate infantry regiments, a handful of cavalry regiments and eight batteries of artillery (all up about 1600 figures and 22 model guns).

I was far too heavily involved in the game at my end of the table to describe the action elsewhere in any detail other than to say that the Union forces were victorious and that my small division succeeded in turning the Confederate right after an extended fight in the large wooded area in front of me. So after the first couple if shots that show the initial deployments, the rest of the shots below just capture the acrion as it unfolded. 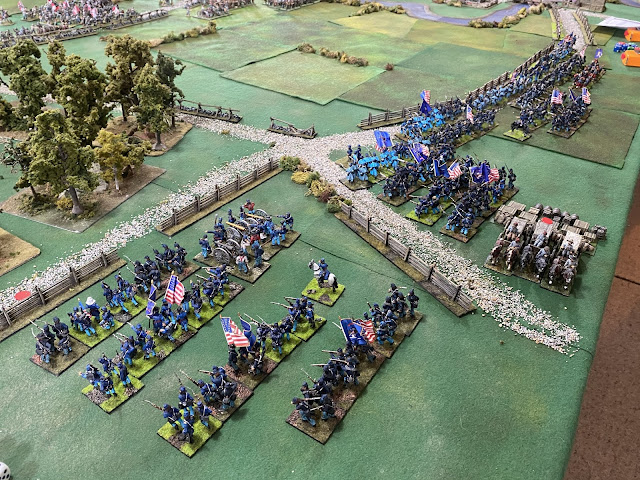 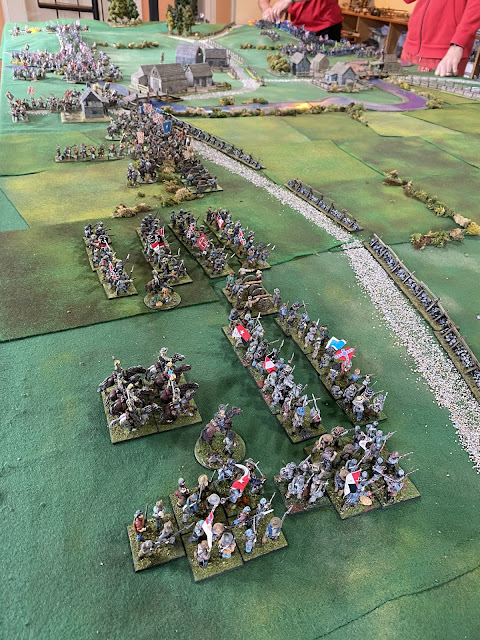 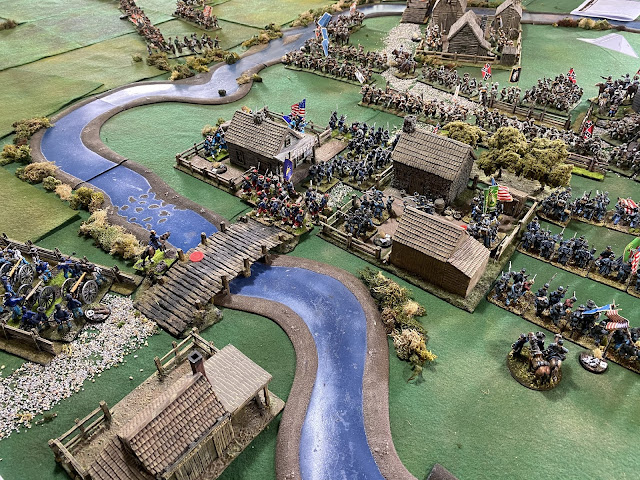 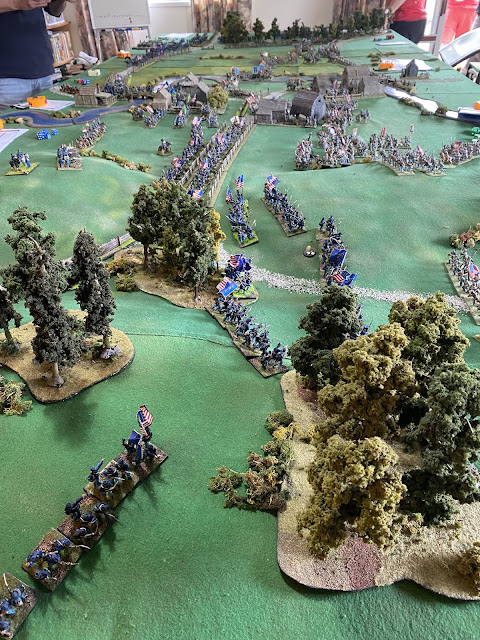 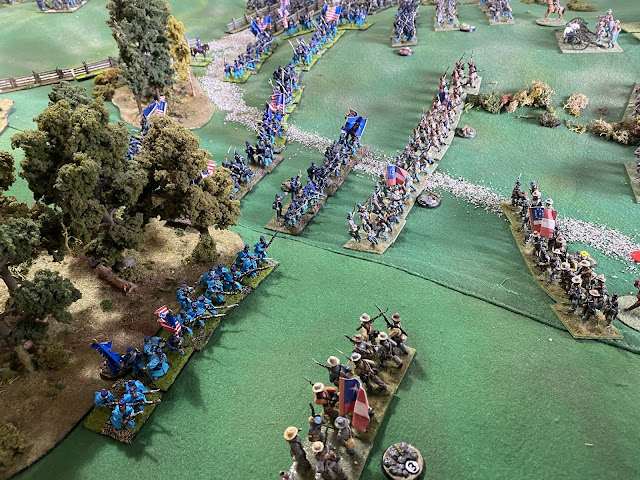 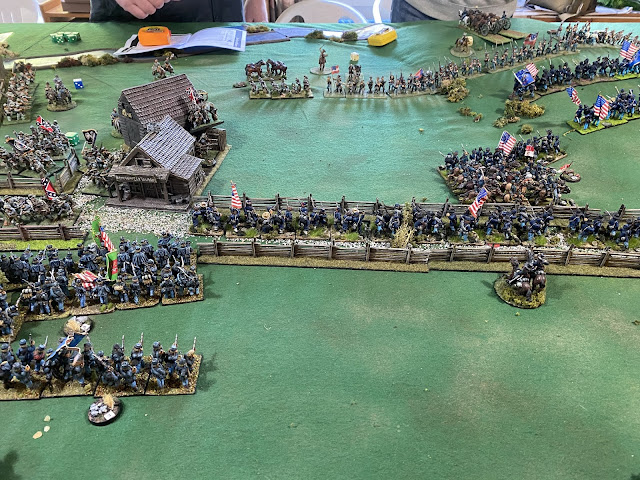 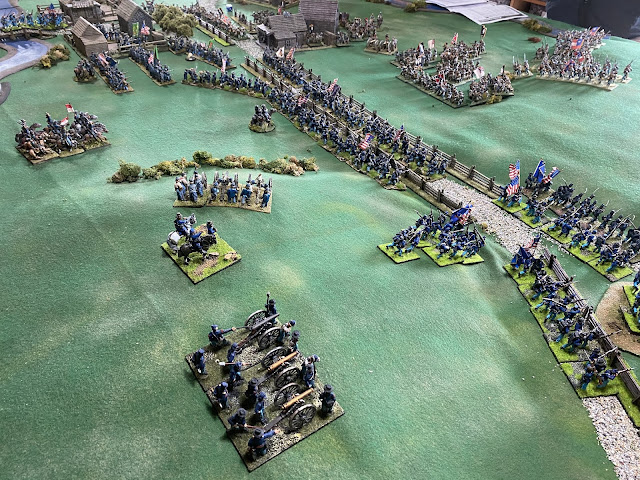 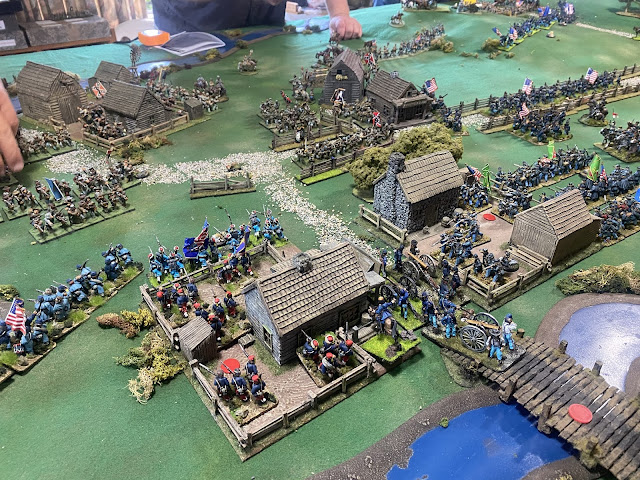 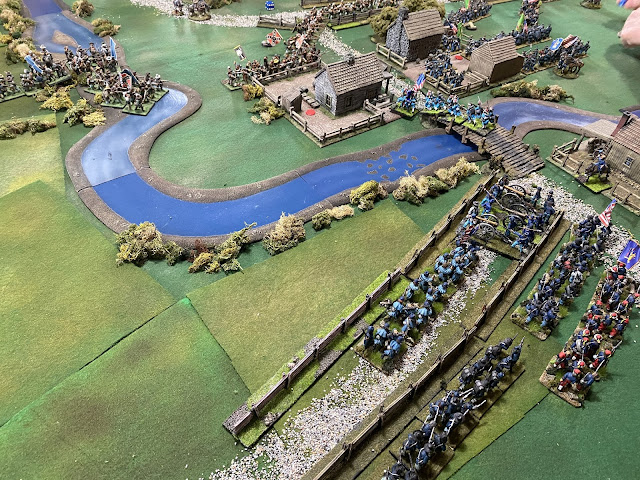 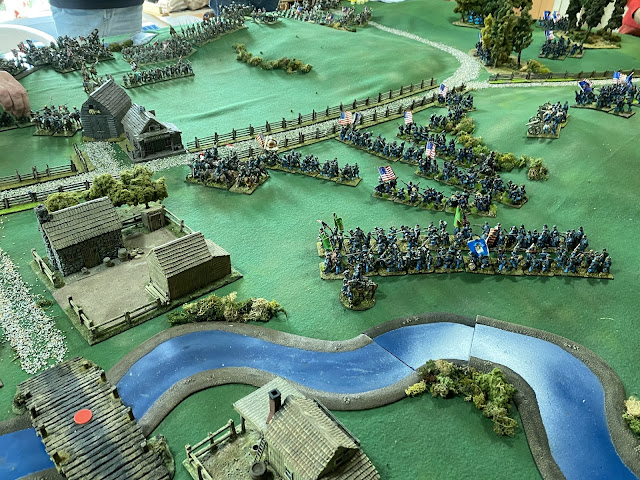 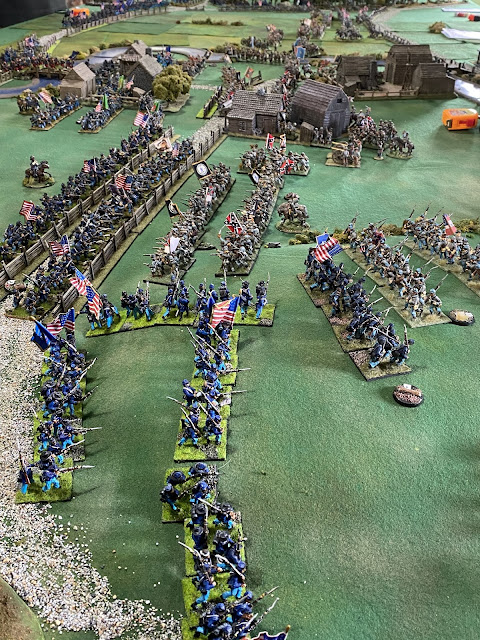 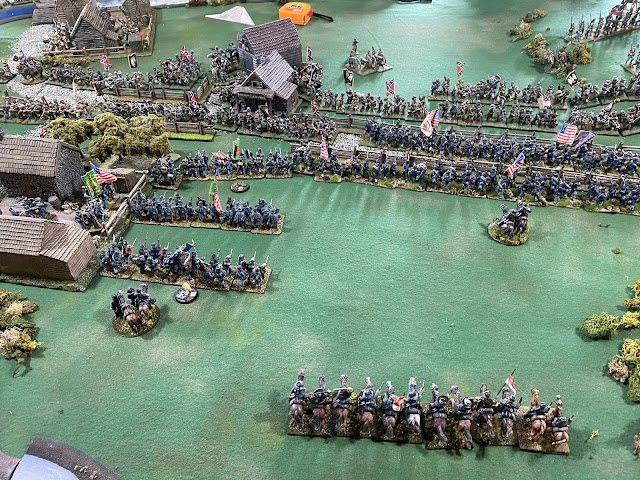 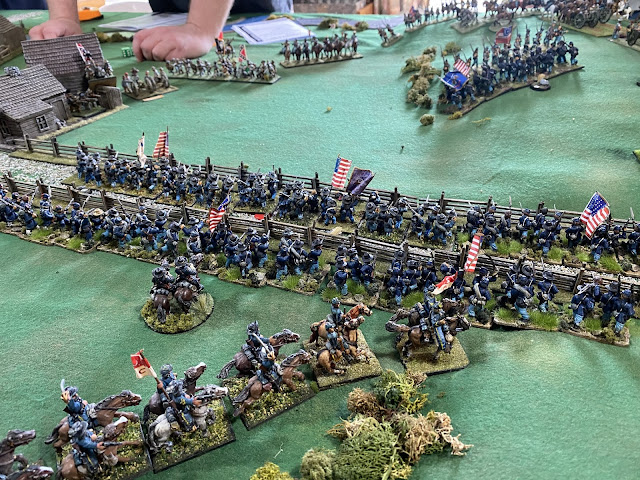 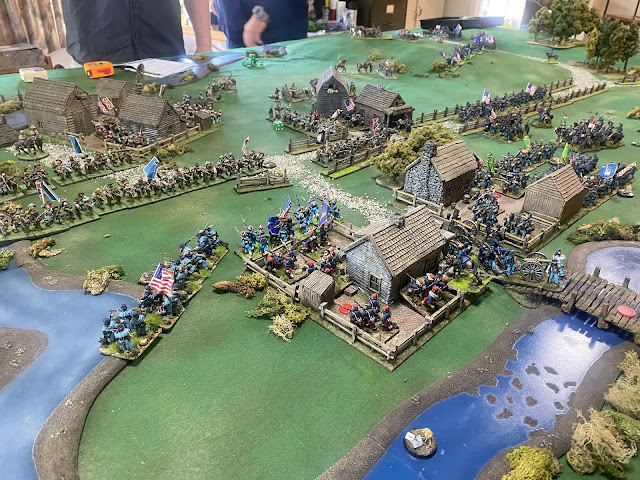 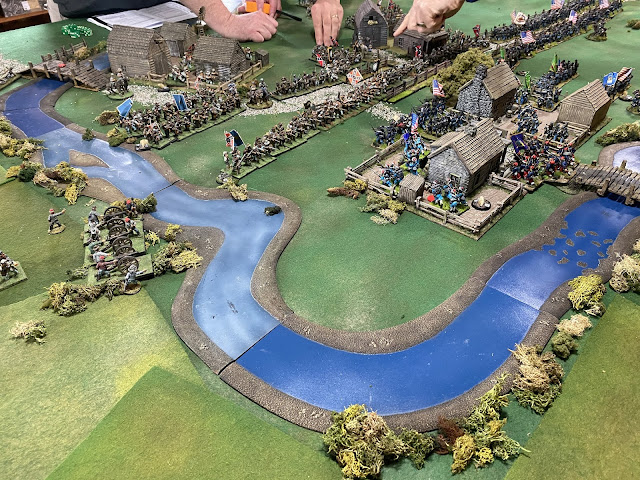 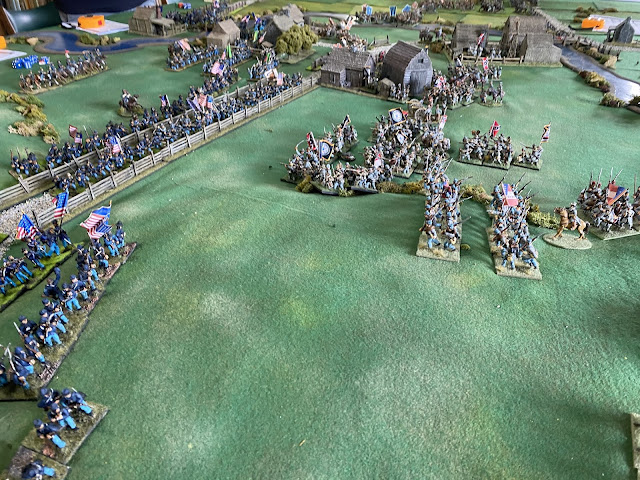 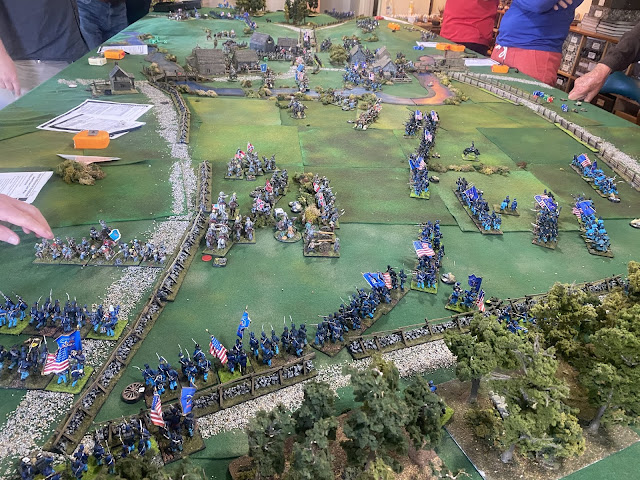 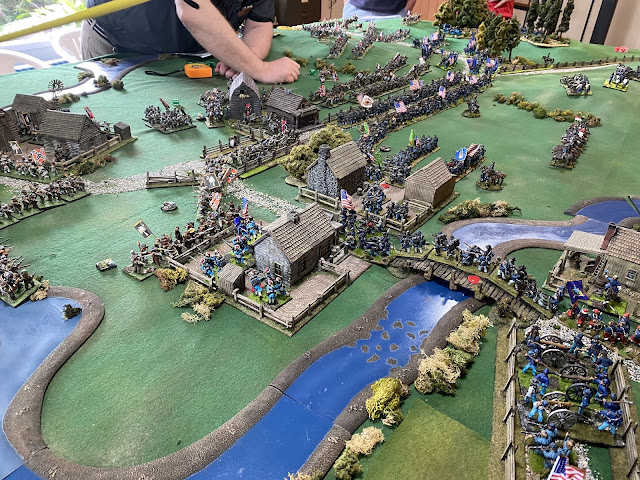 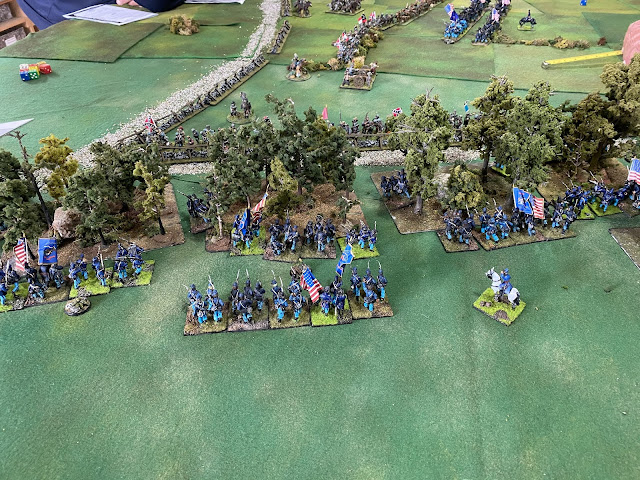 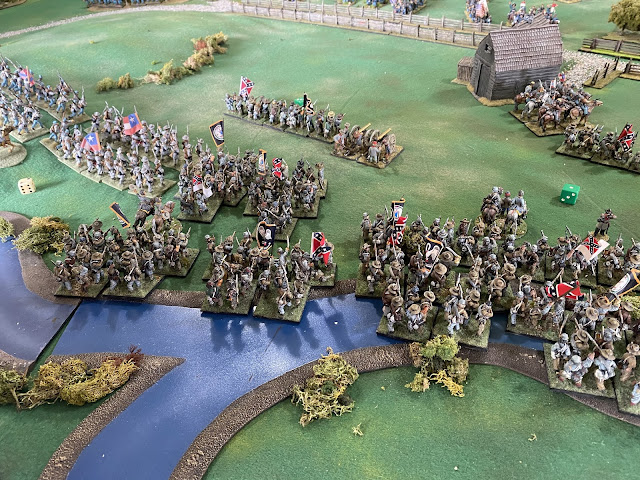 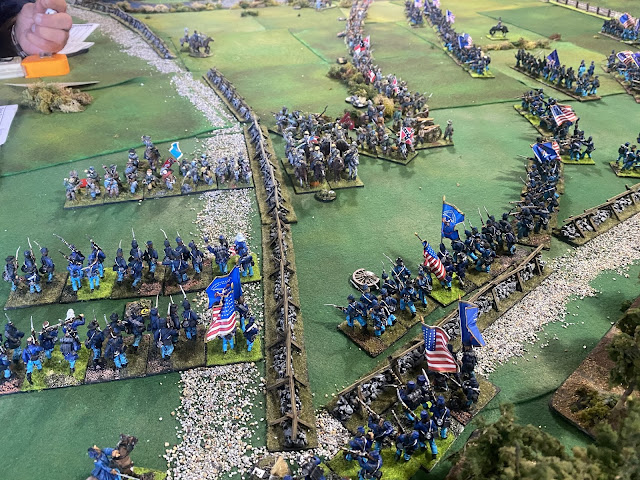 This kept us busy for a good six hours on a showery spring day.
Posted by Mark Strachan at 21:59