I have been thinking about woods again...Part 2

After a miserably depressing week at work I was getting to my car to leave on Thursday afternoon when I noted that two of the Pohutukawa trees in front of where was parked had come into bloom. For anyone who lives in New Zealand the appearance of the Pohutukawa blossom is the sign that summer in just around the corner. That flash of red is always an uplifting sight for me. 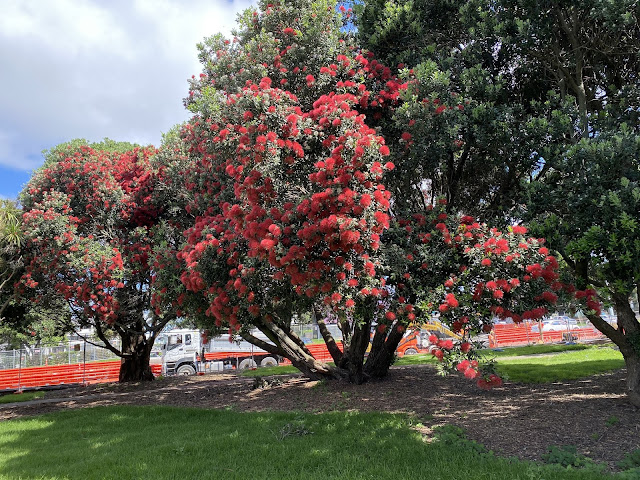 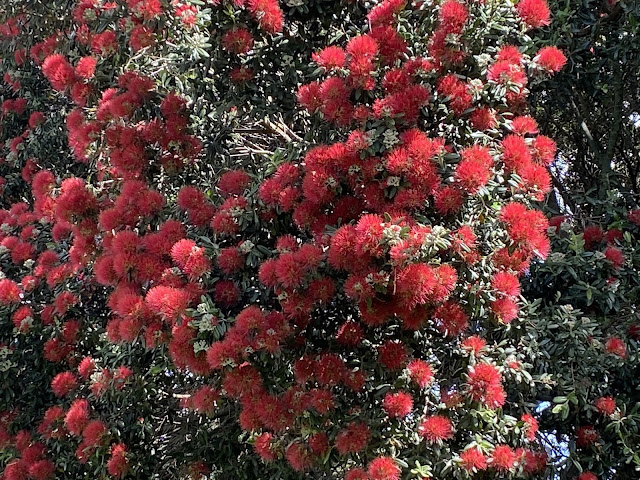 Since I an happy with the first couple of wood bases discussed in an earlier post I have added a few more. 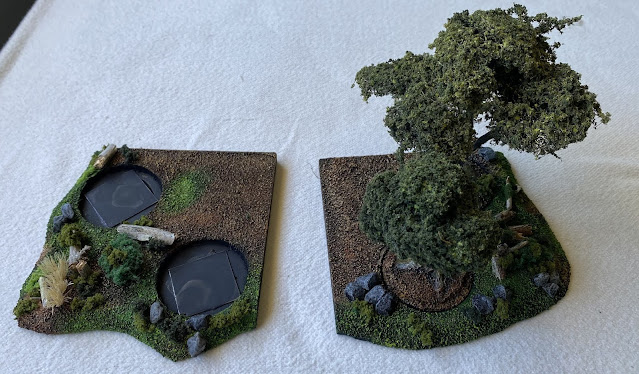 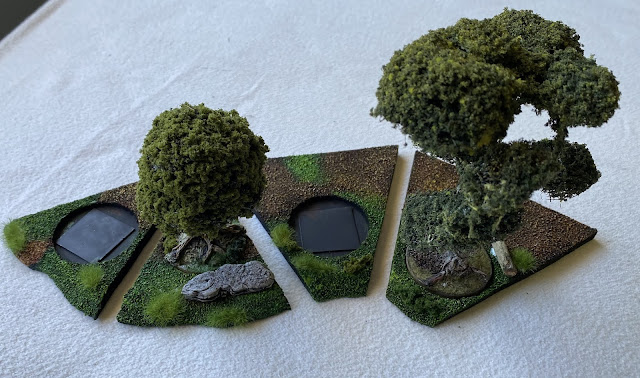 And the first of what will be four more standard blocks...

Then it occurred to me that this is all dreadfully limiting because with this standard sized block woods would always need to either be on the table edge or if placed back to back would be 240mm deep and would assume this basic squareness. So I made some narrower strips that can just back onto a standard block. 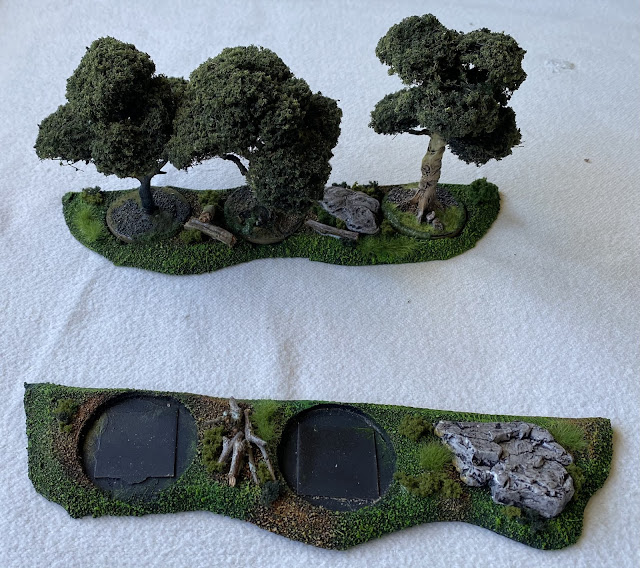 I will makes some shorter pieces like this for the ends and perhaps a couple of odd shapes, just to mix things up a little. The narrow pieces may also be useful along roads and rivers.

I also changed the way the trees will be fastened to the bases by adding a small piece of steel in the hollow of the block and then mounting an 8mm x 3mm Neodymium magnet in the base of the tree.

Because I want to use these blocks universally across a number of theatres I have made some tree stands with palm trees on them. I am thinking particularly of Paraguayan War here. 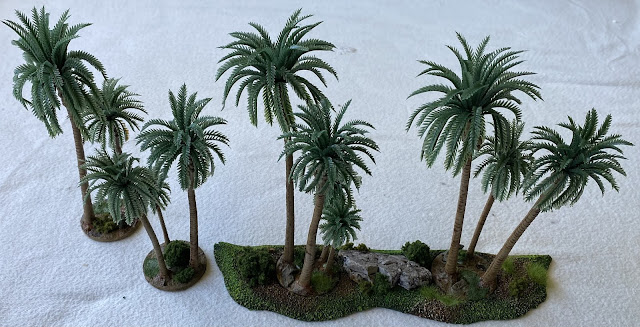 As I mentioned in Part 1 the original concept of the wood blocks, 30+ years ago, as defensive zones morphed unsatisfactorily into fortresses. I wanted to avoid that this time around so I looked in depth at a number of mid-19th century battles that involved heavy fighting in woods (Skalitz, Antietam, Chancellorsville, Chickamauga, The Wilderness, Spicheren and Froeschwiler being the main ones on which I have good refernces - not an exhaustive sample I know, but representative I think all the same) and it soon became clear that the woods did not make particularly good defensive positions because they do not create significant barriers.

In most cases an attacking force could carry the edge of the wood relatively easily because managing a defensive fighting line along the edge was no easy task - communicating along the line and exerting fire control were the greatest problems. Once fighting was established within woods action became a series of disconnected skirmishes of varying intensity and neither attacker or defender is able gain any real advantage from the cover. Fighting in woods could drag on for hours and the introduction of even small contingents could tip the scale in any fighting. In the words of the British author Colonel Henderson in his book on Spichern, and I am paraphrasing here, that woods are like a filter paper - much goes in but not much of substance comes out. My own analogy is that they are like a sponge and will absorb every that goes near.
So I plan to fight in woods using these guidelines:

Occupying a wood - blocks are broken into two sizes:

Concealment – troops can claim to be on the edge of the wood or back from the edge:
Movement:
Firing - Woods provide cover from fire for any unit within its boundary but fire is limited to:
Close Combat - All troops fight on equal terms unless:

I want to make it so that there is a high threshold for victory in any combat within the wood so that once you commit to woods fighting, you had better be prepared to stay there all day.