Last Sunday we had a large ACW game, involving seven of us.

I fought on the Union side and we had five infantry and two cavalry brigades, supported by ten batteries. The Confederates has six brigades of infantry, one of cavalry and I think six batteries.

Dominating the centre of the table was a large hill that we planned to occupy early in the game and thus my cavalry brigade of five units plus a horse battery, was placed opposite it with the objective of taking it quickly then holding it with a dismounted force until the infantry could come up in support. To my left would be two infantry brigades, to my right three brigades and on the extreme right the other and much smaller cavalry brigade.

When the balloon went up the my cavalry was off like a rocket, up onto the hill and three of the five regiments dismounted, with two mounted to the rear. To my right two infantry brigades pushed forward at the double and caught the Rebels by surprise.

Thanks to some artillery support the cavalry was able to hold its position with some ease against the Rebel infantry and the position on the hill was never really threatened. 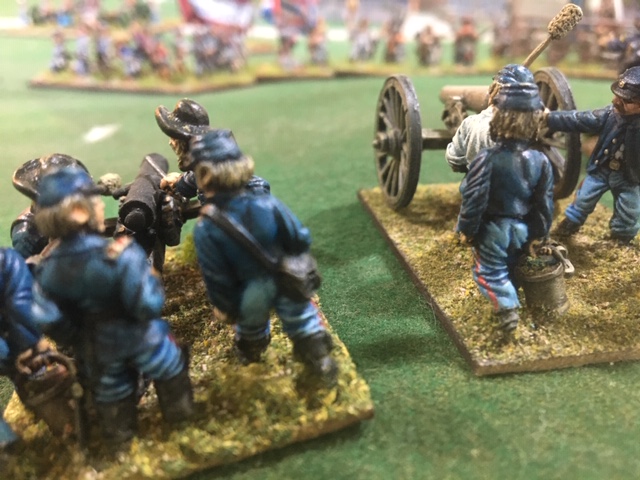 To my right the action developed into a hard fight., but our lines held. 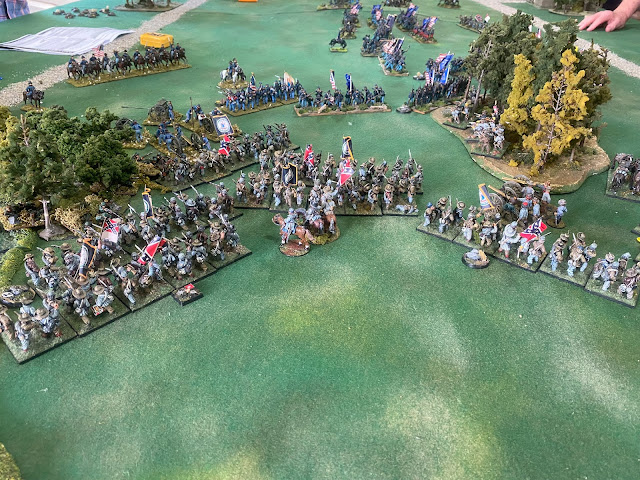 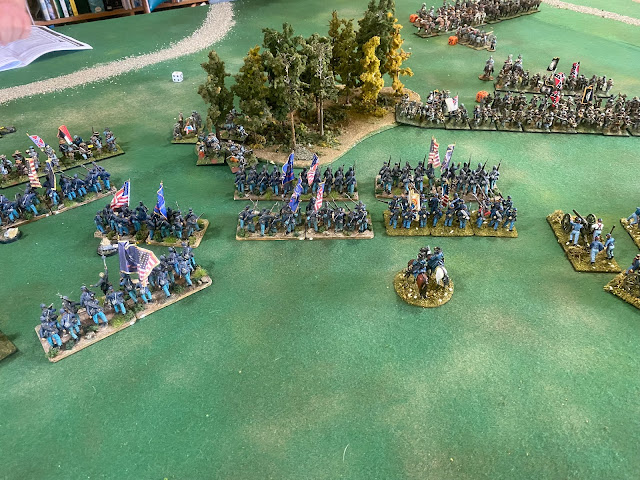 On my left it was a harder fight and the Rebels pushed hard, overlapping the left flank. 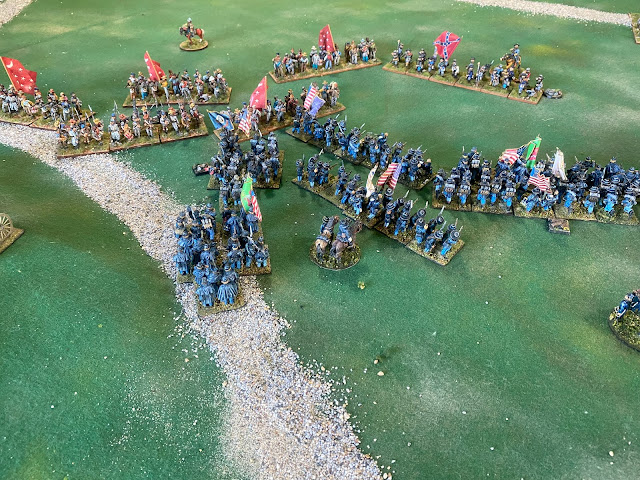 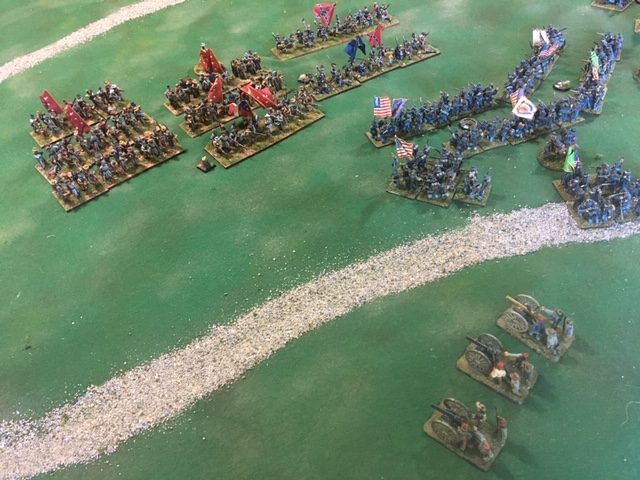 But in the centre two Rebel regiments gave way under the relentless fire of the Union batteries. This gave the cavalry an opportunity and they remounted and set out to exploit a large hole that had opened up. 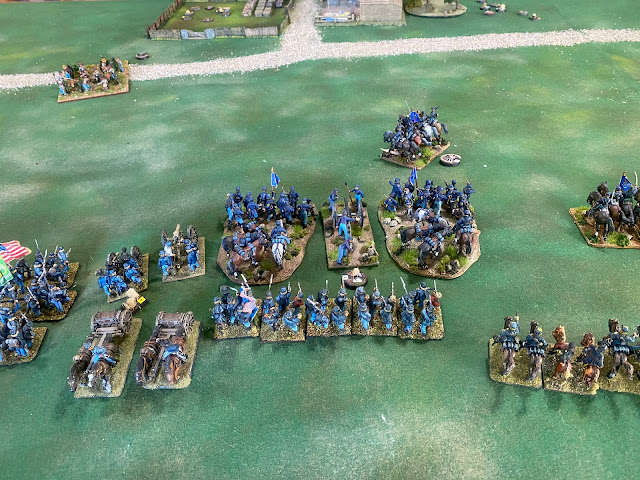 Two Rebel batteries were ridden down and the brigade formed to flank the infantry threatening our left.

On the extreme right the cavalry brigade found itself on the wrong side of the river and was forced to redeploy. 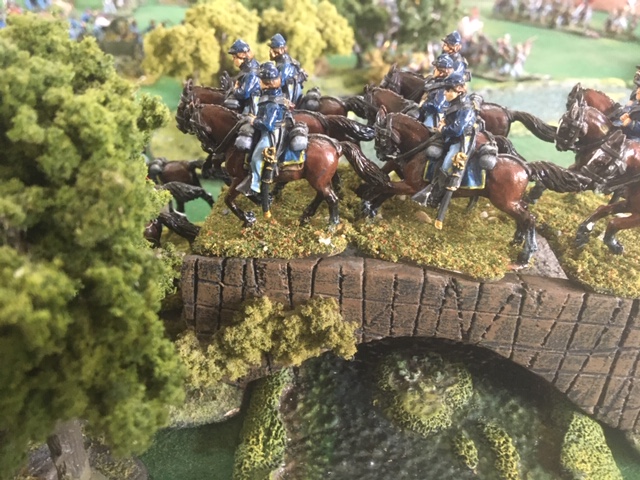 While Berdan’s Sharpshooters held their own in the woods. 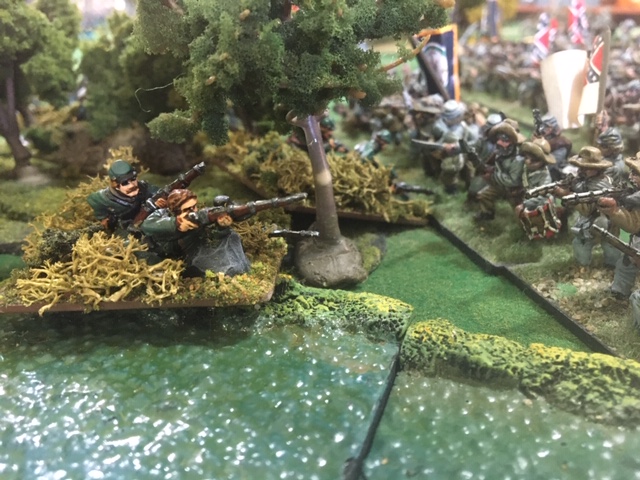 Here the game was called. Oddly I don’t recall what the umpire’s decision was, but the game could easily have run for another couple of turns and if it had I think the battle of the left would have come to a decisive outcome as both of the infantry forces were in danger of collapse. The cavalry too could have had a field day against the rear of the Rebels there...but it wasn’t to be.

All that said I was pleased with the way in which the dismounted cavalry rules worked, although the cavalry were not pressed hard in the fight due to the heavy artillery support.

To close out here a few more shots from the game 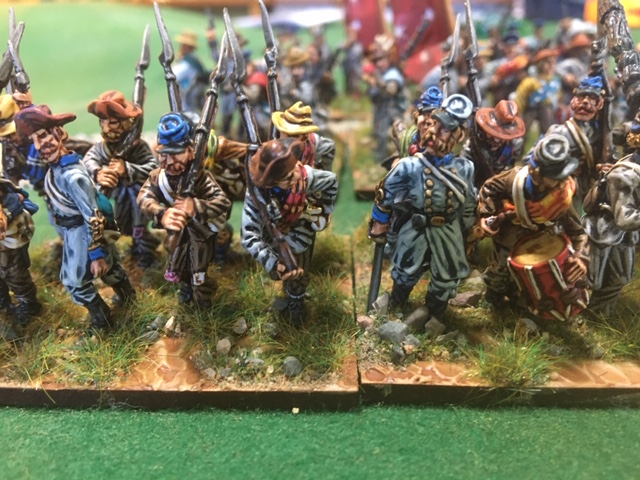 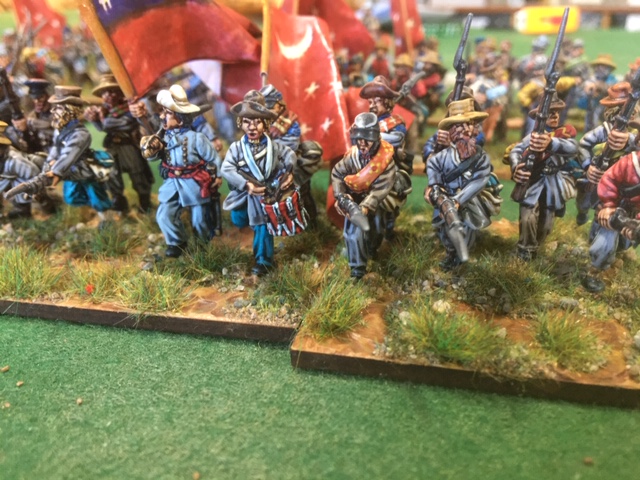 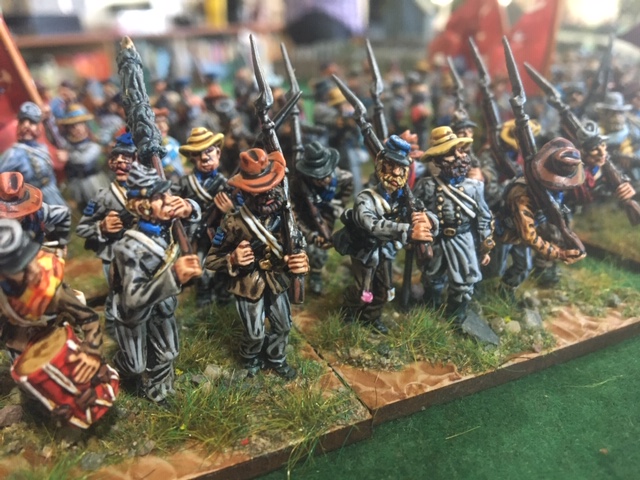 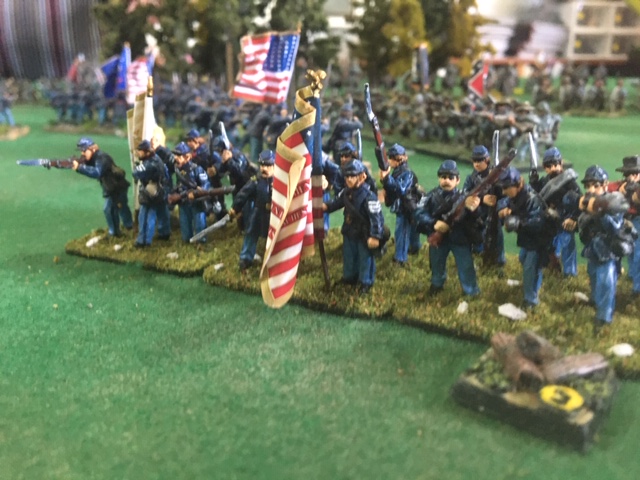 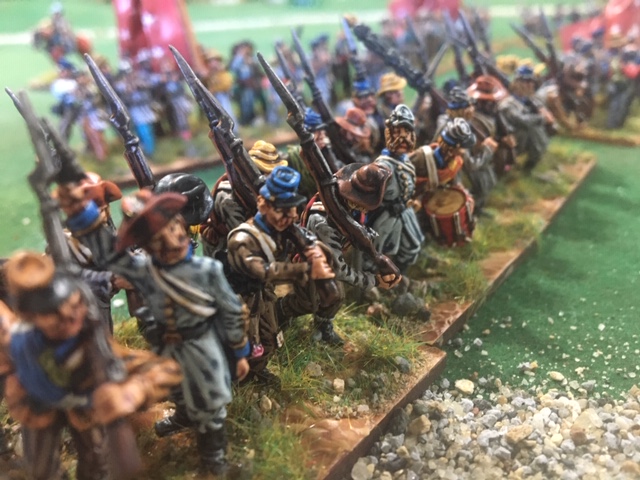 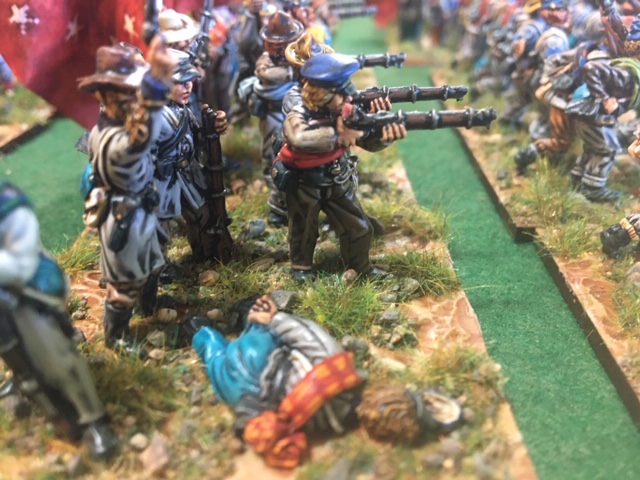 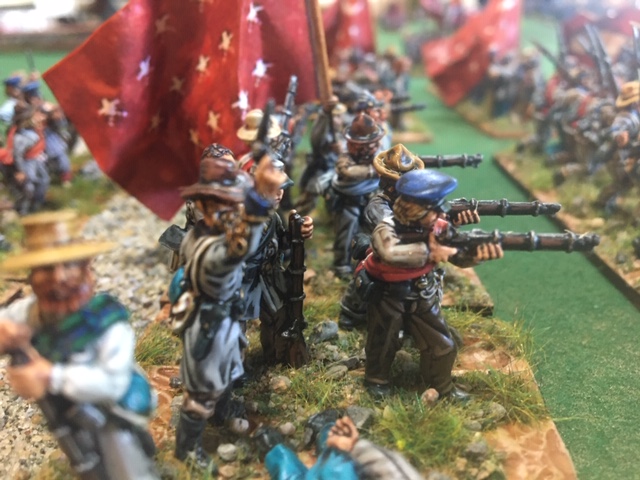 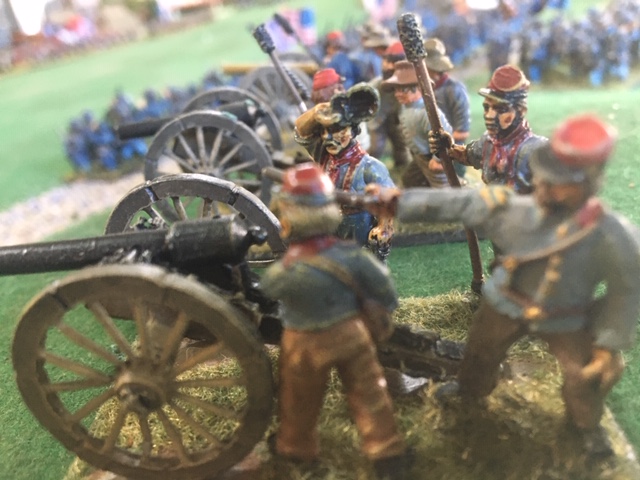