Back to the Prussians

With the completion of the ACW cavalry I fluttered back to the Franco-Prussian War Prussians, to work on the 1st Westphalian Infantry Regiment No. 13 that forms part of 25th Brigade, 13th Division, VII Corps, First Army.

Raised as the 1st Reserve Infantry Regiment at Königsberg in 1813 the regiment participated in the Wars of Liberation, fighting at Luckau, Köninshorn, Hagelberg, Grossbeeren and Dennewitz. It was employed in the Hundred Days Campaign, but was not present at Waterloo, engaged instead in Alcase. In 1817 the tegiment moved to the newly acquired province of Westphalia and took the title 1st Westphalian Infantry Regiment based at Münster.

Deployed in the revolts of 1848 and engaged in all Danish War of 1864, including Düppel, the regiment served in western Germany during the 1866 campaign under von Goeben against the Federal forces, fighting at Dermbach, Kissingen, Aschaffenberg and Gerchsheim.

In The Franco-Prussian War it was engaged at Colombey and Gravelotte, then later in the Siege of Metz.

In the Great War it served entirely on the Western Front, suffering 4,213 casualties during the war.

This is the 1st Battalion and I have left standard pole is bare because the standard had largely disintegrated in 1866 and I have made a broad assumption that after that campaign they were completely gone. 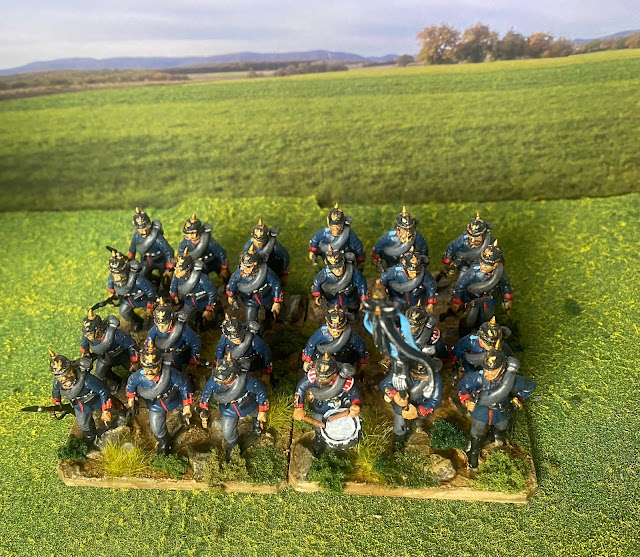 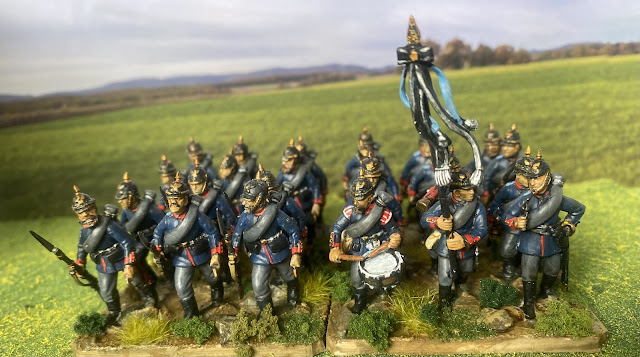 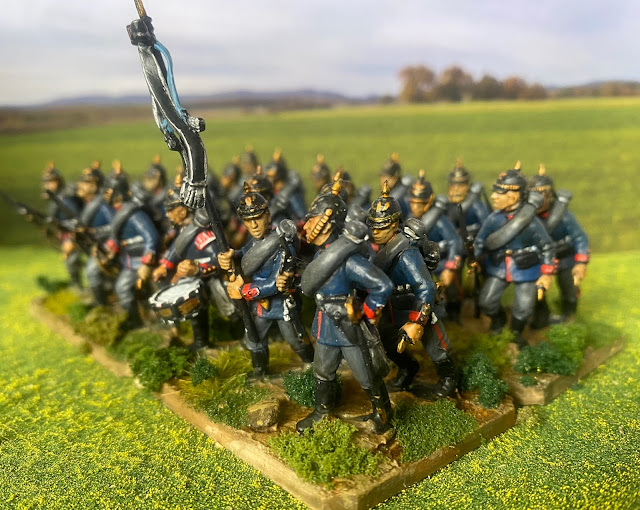 Next on the painting conveyor belt is some more Swedish cavalry.