I have embarked on a new project, although some might consider it an extension of my AWI projects from last year.

This project is to collect a small French force to support the American forces we have in vast numbers and also to fight the British in the Caribbean. The idea was to raise a force of three battalions, one squadron of cavalry and battalion gun, plus some command figures. You may have noted that I used the word “was” near the start of the last sentence, and that is because even though I haven’t even put a brush near the first infantry unit yet, I have decided to expand the force to six battalions. This is largely because I have thought of an interesting game that would require a minimum of six battalions.

This first batch contains the command, a gun and the cavalry.

The command set comes Witt seven foot figures and one mounted  figures and I have broken  set into three groups: 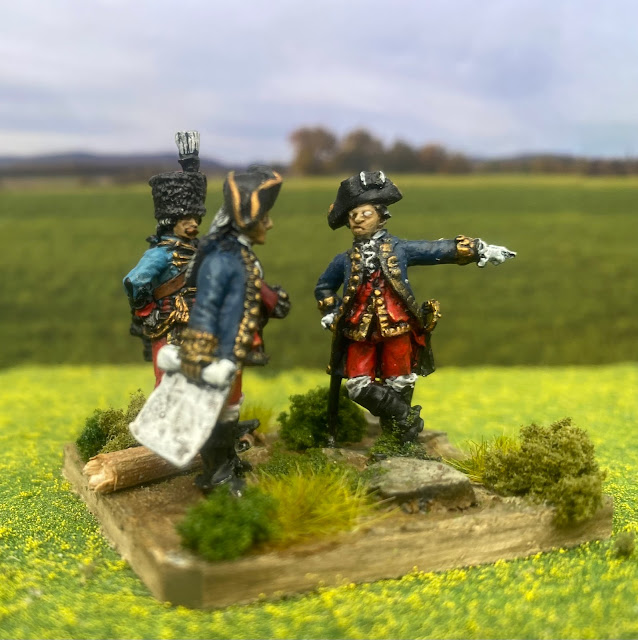 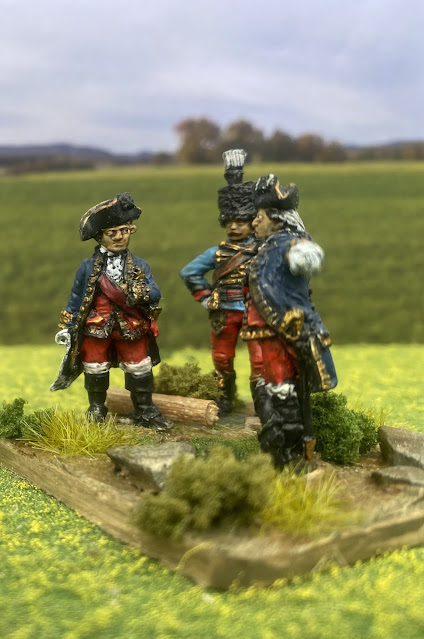 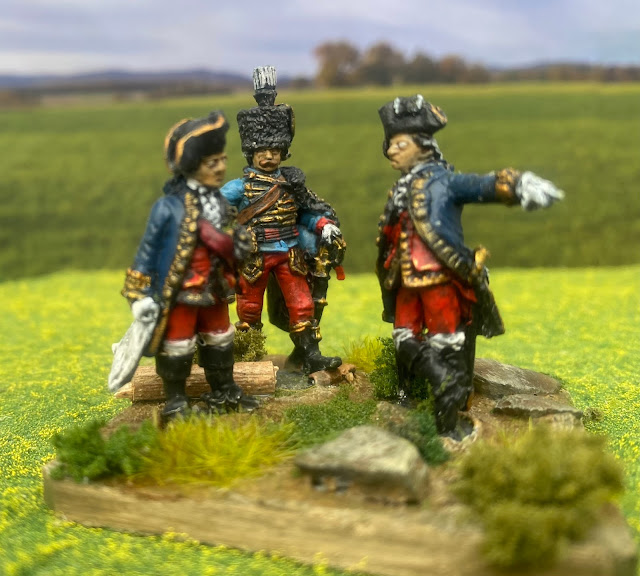 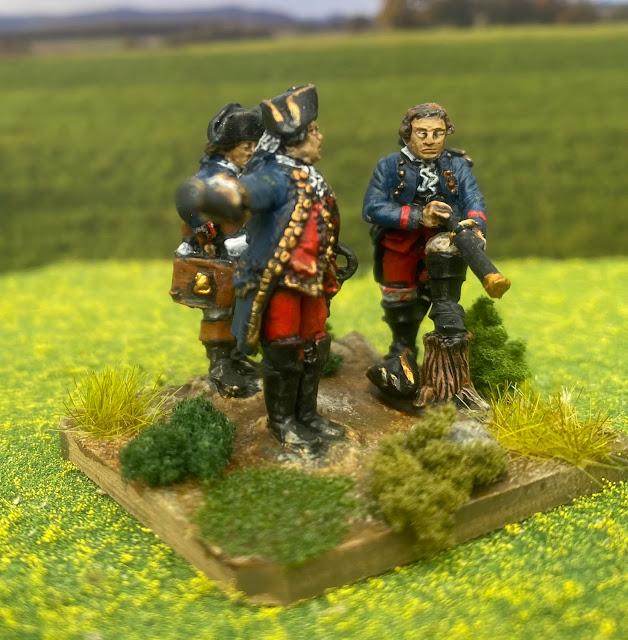 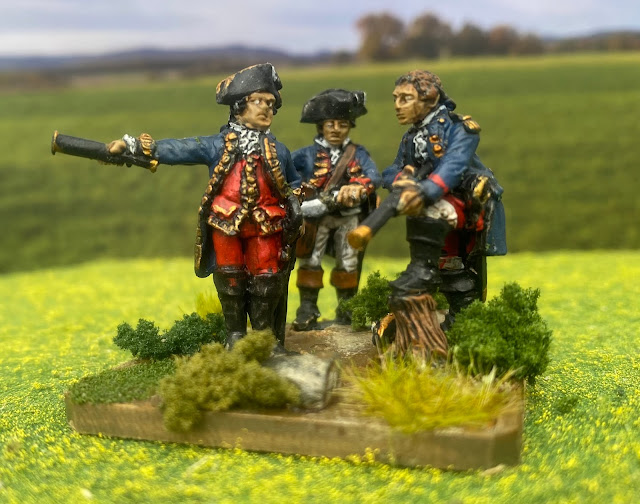 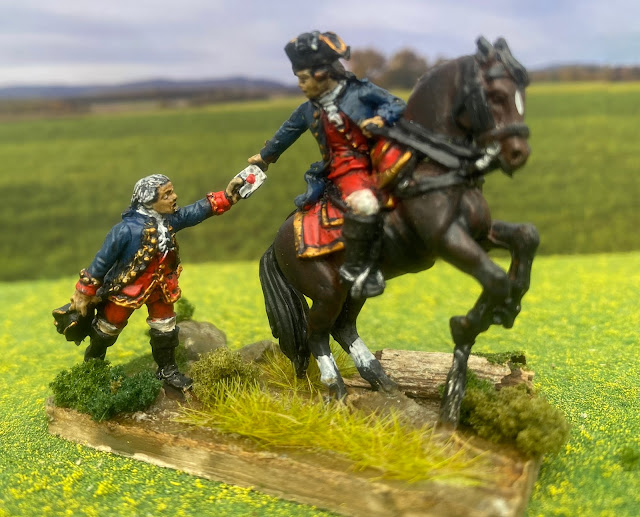 And the whole glittering group together. 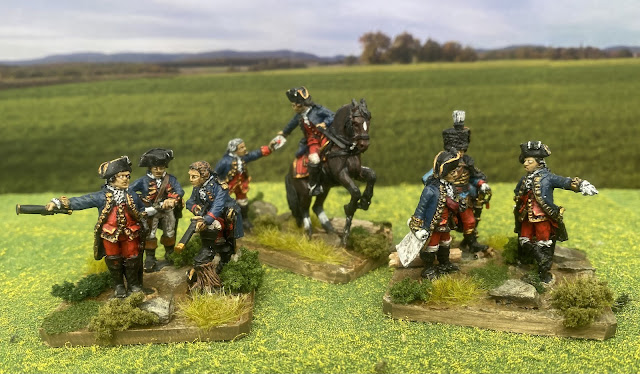 Next is the battalion gun, with a crew in fatigues firing a Swedish 3lb gun. This has to be the simplest uniform I have painted in years. 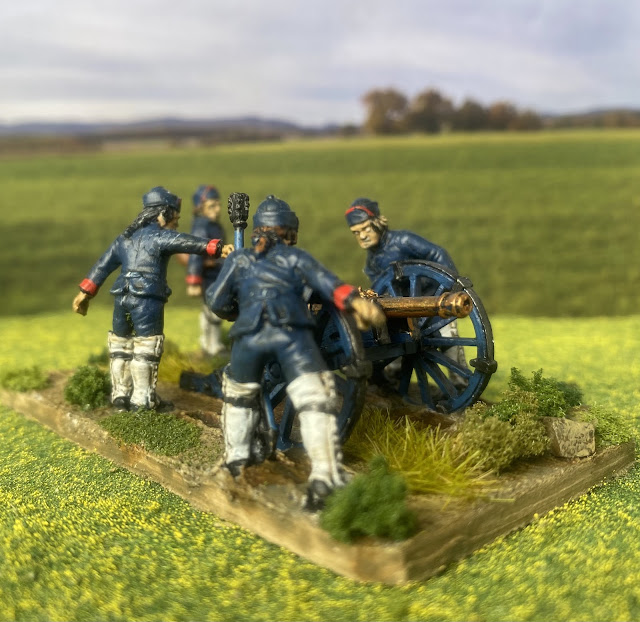 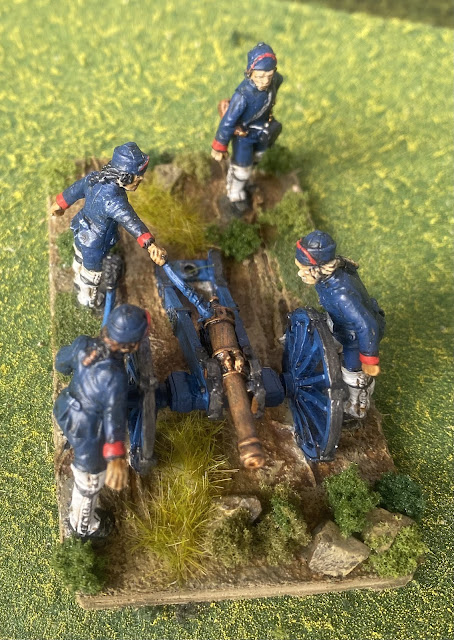 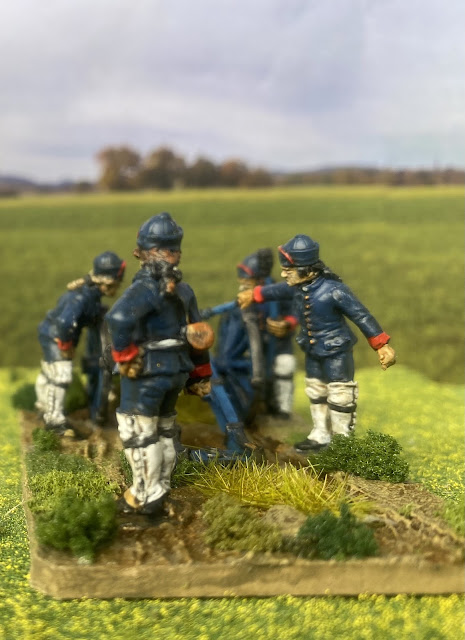 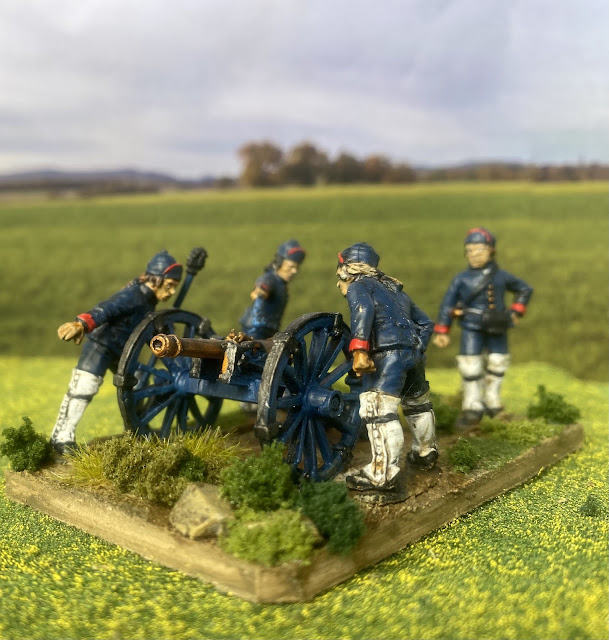 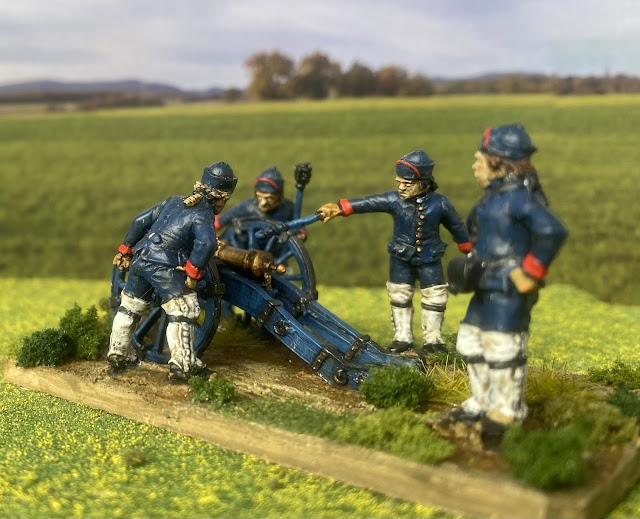 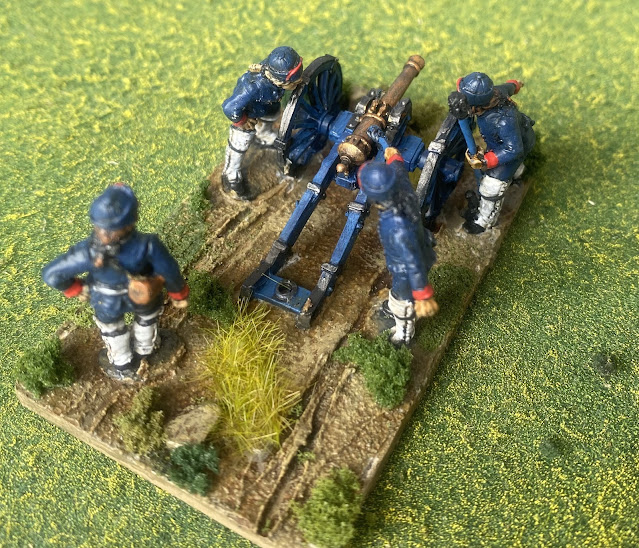 The last item in this batch is the hussar squadron from Lauzon’s Legion. 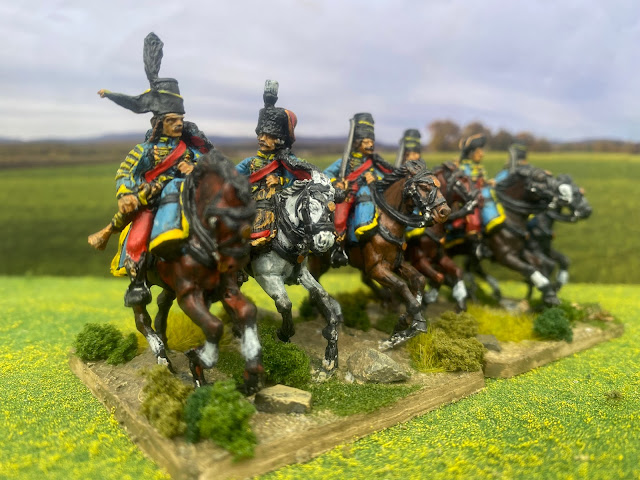 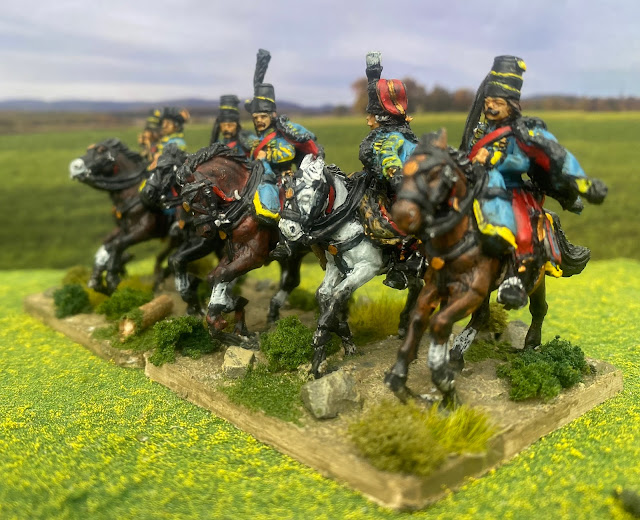 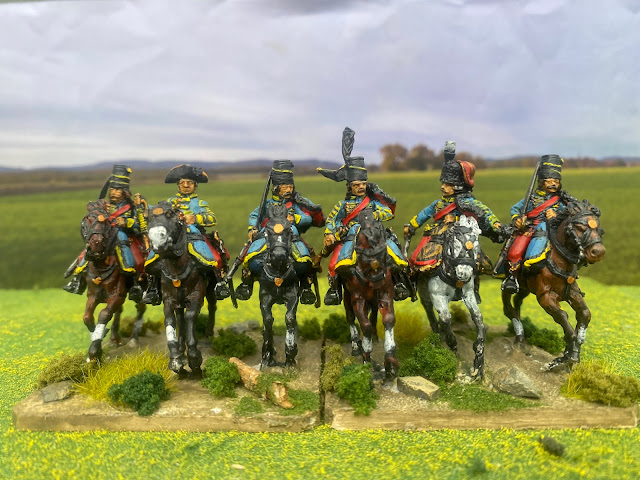 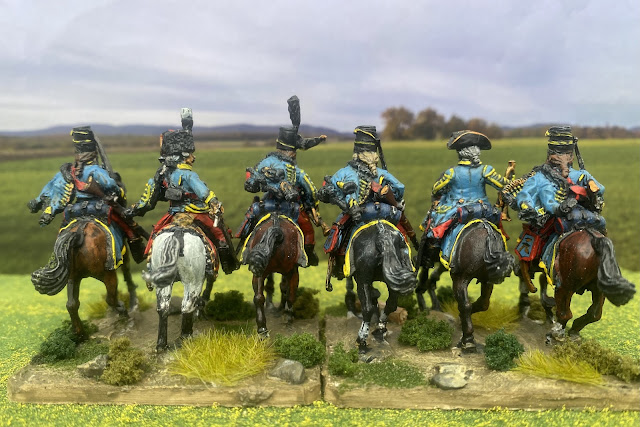 As I was completing these I was reminded of a post from a few years ago when I admitted my hussar addiction and it made me wonder just how many units of hussars do I have? Well quite a few actaully. There are these (6 figures), for the Napoleonic era four French regiments (45), one British (6), one each Russian and Prussian (24), Crimean War two British (12) and two Russian (18), Austrian-Prussian War two Austrian (36), Prussian (12) and WWI German (6).

Finally with Omicron creeping it’s way into our communities and the horror of further restrictions (no lockdown or provincial borders closed this time…hopefully) and expected disruptions to supply chains it was important to stock up on a few important items. 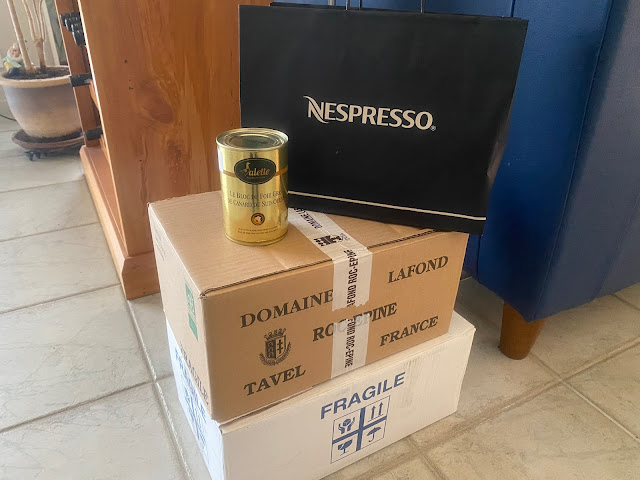