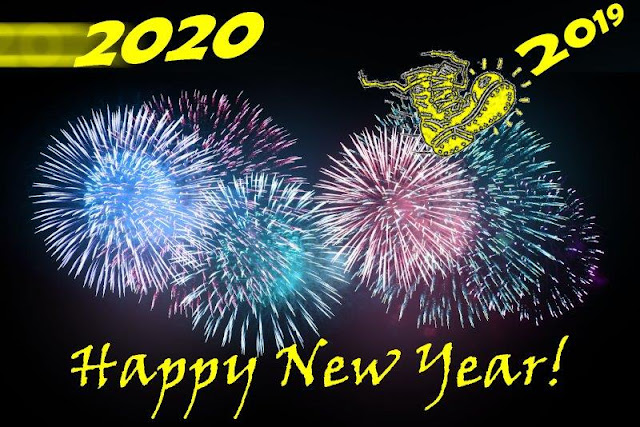 So 2020, or MMXX as the Romans would say, has arrived. We saw it in as we did last year at a resort in Fiji and we certainly saw it in in style!

As usual I like to use the turn of the year to review my hobby achievements for the year. Every year I tell myself that this will be a quieter year. In fact to quote myself about the figure count for 2019 it will“…DEFINITELY will not be as high a count as the year just gone.” And I was right. The count of painting points was 12,240 compared to 13,060 for 2018 – a drop of just over 7% - but it was still my second biggest year ever. As always the painting points are calculated: foot figures 5 pts, mounted figures 10 pts, gun or equipment 10 pts and each hour of work on a scratch built items 10 pts.

There were thirteen projects tackled during the year of which only four were anticipated at the start of the year, namely the Carlist War expansion, the Spanish Napoleonic, the Crimean War Heavy Brigade and the British in the Peninsular War.

Unanticipated projects have been the French Revolutionary army, a few odds and ends for the French 1813 Napoleonics, the Russian Napoleonic limbers, a sizable expansion of the Crimean War British, a small force of British for the American Revolution, a small addition to the War of 1812 American army, the Bavarian Army for 1813-14, a small German WWII force for Bolt Action and the refurbishment of an ACW collection. I also added a few scratch built items and five Napoleonic wagons. 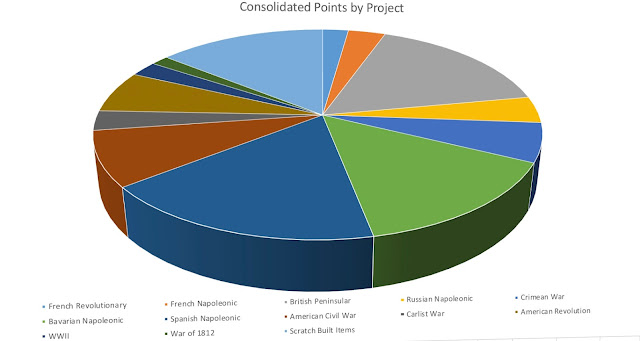 Although the number of posts  for the year were down  the goal of 24 games was exceeded by one. The breakdown of the games is: 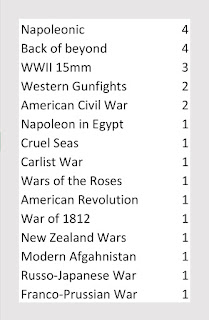 And what does 2020 hold in store? Well I am not really sure yet. I have a few ACW figures still in the plastic pile. The French Revolutionary armies are also on hand and their Austrian and Russian opponents are on the cards, but they will not be big armies - frequent readers can stop laughing now. I did succumb to the Foundry Christmas special and have four battalions and a battery of Crimean Turks on their way. I can also see myself doing a few battalions of the new Perry 1807-1812 infantry (ha ha...a few..more like 15). Some French for the American Revolution is attractive idea too, but beyond that there is next to nothing, unless some smart manufacturer comes up with something shiny to attract the inner magpie.

One project I do want to get on with is sorting the garage for a gaming area, complete with terrain tiles - and there will be something to show on these very soon.

For now I am not thinking of things wargaming. Instead I am going to have a leisurely breakfast then sit back back on my sun lounger and enjoy the 30 C degree temperatures while I finish reading the Robert Massie biography of Catherine the Great, interrupted by the occasional dip in the pool to cool off..
Posted by Mark Strachan at 00:55