Flutter number three of the wargames butterfly wings leads me to land on a third project for the week.

Back in July I completed some Janissaries, the second unit of Ottoman Turks from Brigade Games to serve as allies to the British in Egypt. My plan was to add three units of cavalry and three of infantry.

But since then our dollar (some unkind elements have been known to refer to it as the “Pacific Peso”) has taken a hammering against the $US, dropping over 13% since I made my initial plans back in March. This, combined with the fact that Brigade don’t offer a post free purchase level,  has disrupted my purchasing plans. What was to be a relatively small investment had ballooned out to $621.

Then I remembered that Gripping Beast did some plastic Arab cavalry and infantry. I jumped online and played around with the pack quantities and prices quickly discovering that I could buy two boxes of heavy cavalry, one of light cavalry and one of infantry for a landed cost of $165 and that would create four cavalry and two infantry units. The thought of saving of $456 appealed to me, but what would I be missing out on by using these figures over specifically designed Ottoman Napoleonic figures? On closer examination the answer was not a lot. Reading contemporary descriptions of the Ottoman army it was described largely as a medieval horde. The only significant difference appeared to be the addition of firearms and perhaps a few less shields.

So the order was placed. Within a week and a bit four boxes of Arab infantry and cavalry were waiting for me on the doorstep, and here are the first efforts: a unit of Malmuk cavalry and a unit of foot. 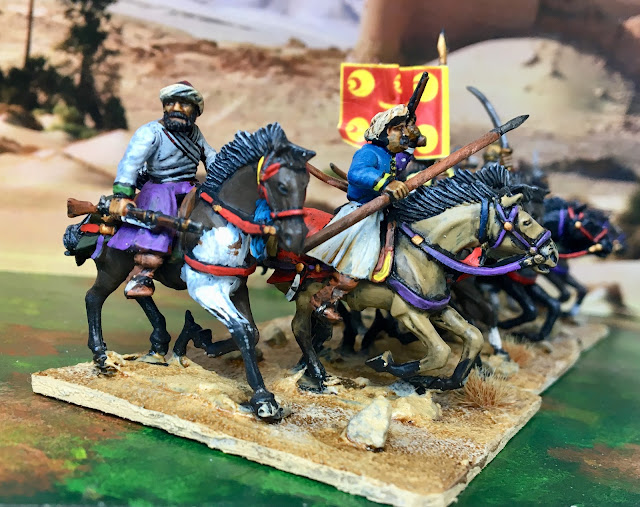 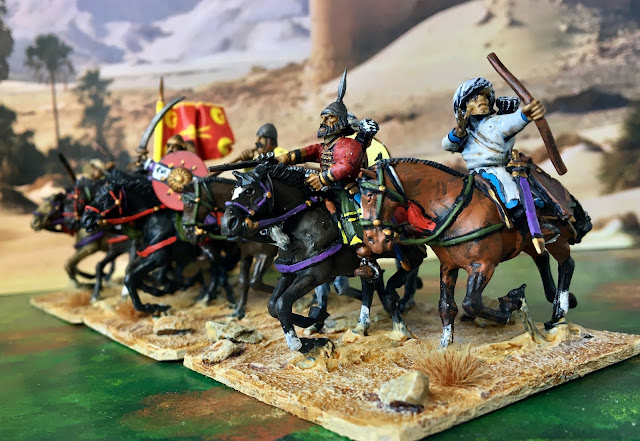 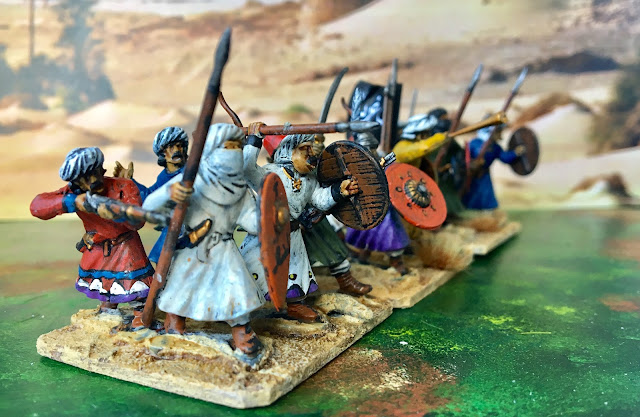 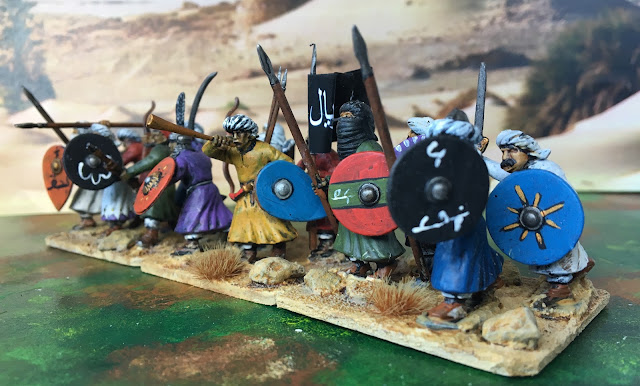 I am pleased with them and some more may follow.