The final pieces in the British in Egypt project are under way. These are the limbers for the artillery.

The British had issues with the artillery in this campaign largely due to a chronic lack of horses. When the fleet sailed for Egypt there were only around 800 poor quality horses available for the entire expedition. After the landings at Abukir Bay the number of horses landed for the artillery was 186 to support 46 field pieces and 36 siege guns. It was a woefully inadequate number and for the advance on Alexandria large groups of sailors from the fleet were drawn on to drag the guns by hand.

To compound their issues with the horse shortage, the wheels to bit deep into the soft sand of the Abukir Peninsula and impeded movement. To resolve this issue some clever individual thought of binding barrel staves to the gun and limber wheels so that they had a wider footprint and wouldn’t sink so deeply. The Perry guns for this period indeed have those staves moulded to the wheels as shown below.

My first problem was finding out what the limbers looked like in 1801. Were they like the limber we all know from Waterloo with the split trail, split ammunition box and horses in teams, or were they like the Seven Years War and American Revolution limber where the horses were in tandem? Lacking an access to published information I searched the web, but found no conclusive answer. Then I spotted these images on the Perry’s Facebook page. 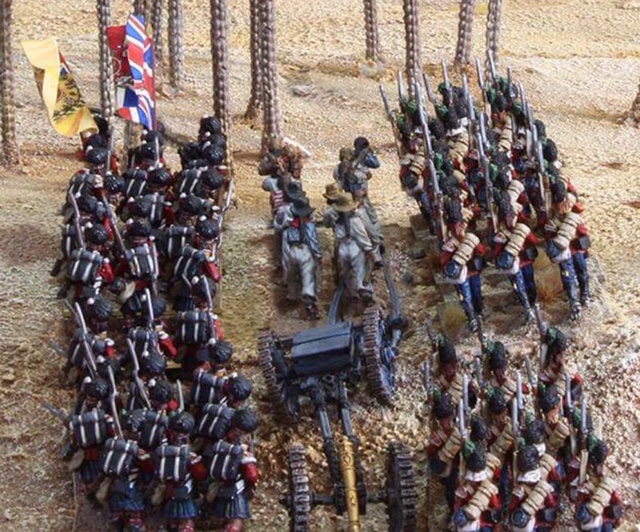 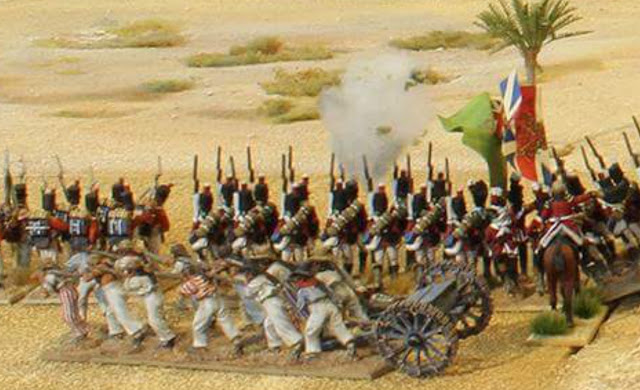 The model shown has the barrel staved wheels and two ammunition boxes so I started to figure about how to make them. At first I thought about buying the Front Rank limber and converting it, but then I had a better idea. Victrix make a plastic limber that comes without horses. Of course it comes with a gun and crew, but I can use the guns and crews with the War of 1812 armies and with a Peninsular War army that can be pieced together from the stovepipe shako British from the Egypt collection. What appealed to me here was that I could make the barrel staves from plasticard and fix them easily to the plastic wheels with plastic glue.

I ordered two sets of Victrix British artillery to give me the six limbers I need and in due course they arrived. 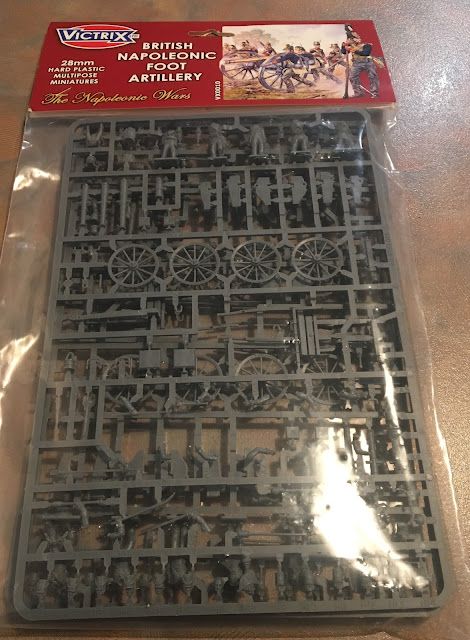 My first task was to cut some barrel staves from plasticard. I figured that I would need about 30 per wheel so I got to work. It was a tedious task cutting 30 slightly irregular shaped staves, but I had it done in about 15 minutes. 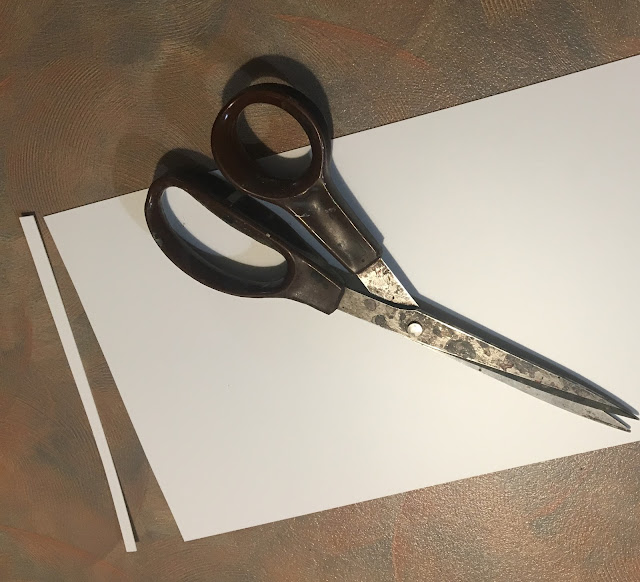 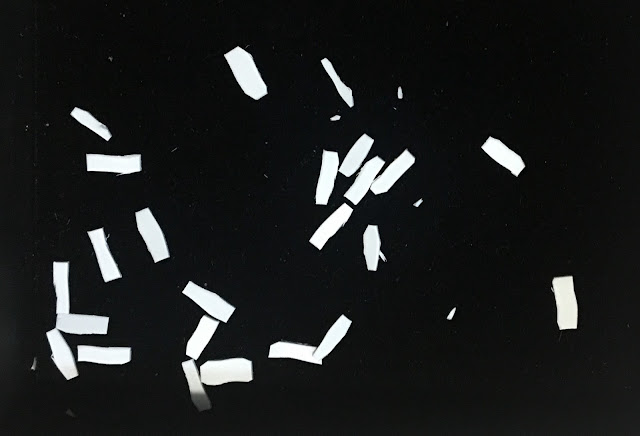 I then glued them on to the wheel, leaving a gap of around 1mm between them. 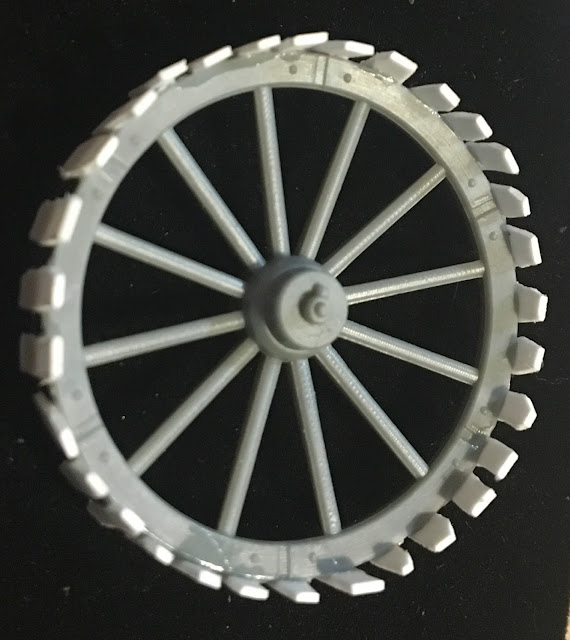 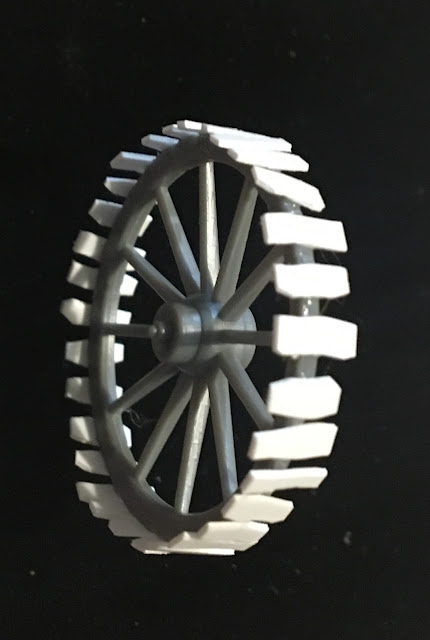 I then sought out something to use for the ropes that were used to tie the staves. They would run around the edge of the wheel, but underneath the staves. My first thought was to make the rope from two strands of 22 gauge wire wound tight together by using a battery drill, but this proved to be too rigid and getting the right size and shape was just too difficult.

Instead I chose to use some light fishing cord that I was able to cut to the exact length and glued into place around the wheel. 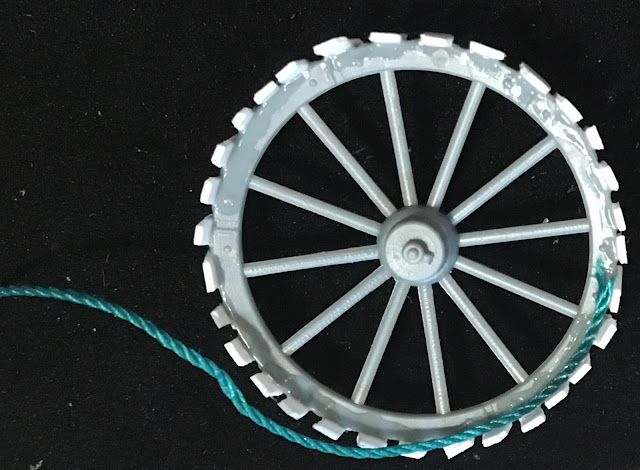 I had intended to use some sewing thread to lash the staves to the wheels, but this was far too fiddly for me and instead I used small pieces of Green Stuff. 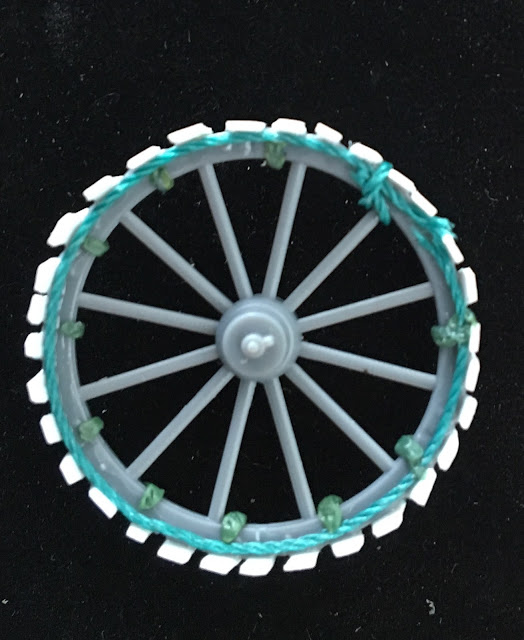 The various pieces were then assembled to complete the limber. 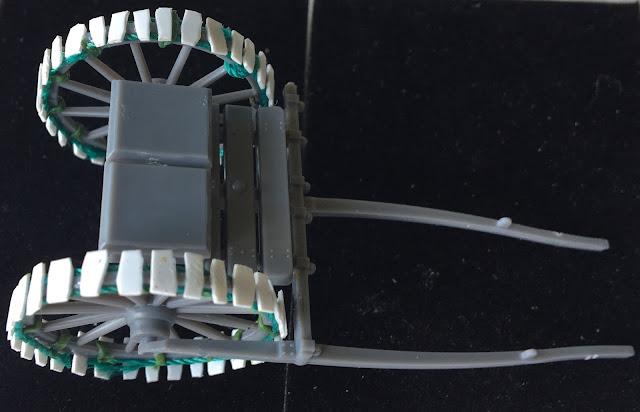 Then the limber was painted. 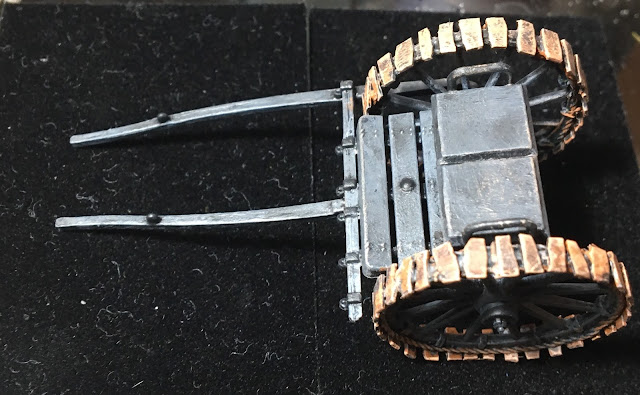 Finally the teams of sailors were added and the model finished. 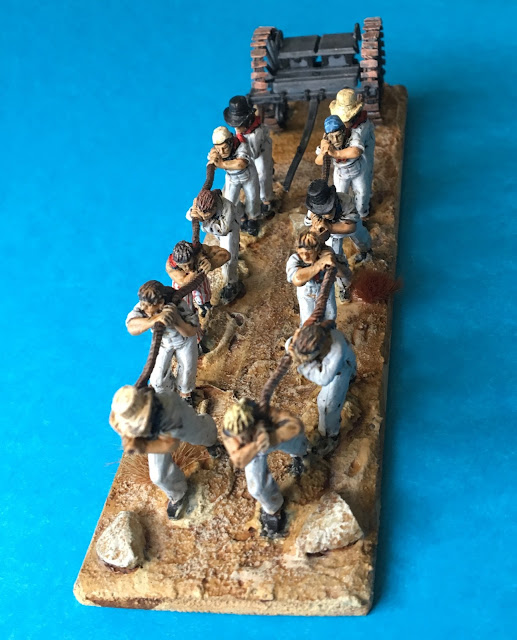 That is one limber down, five to go.

I am being a bit of a butterfly at present, fliting between several concurrent projects, as a number of posts in the next week will demonstrate.

Email ThisBlogThis!Share to TwitterShare to FacebookShare to Pinterest
Labels: British in Egypt, Napoleonic