Prior to 1803 there were no line lancer regiments in the Russian Army. Certainly there were plenty of Cossacks whose preferred weapon was the lance, but the first line regiment was the Grand Duke Constantine’s regiment. After Austerlitz two more regiments, the Polish and Lithuanian Regiments, were formed from horse regiments of the same name, recruited largely from Poles and Lithuanians living in the western fringes of the empire. 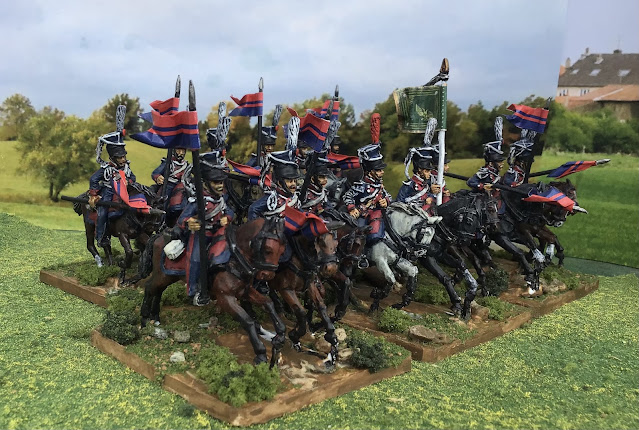 Although well renowned for their horsemanship and fighting skills they were largely mistrusted by the Russian higher command, who believed their loyalty was suspect. By 1808 another four regiments had been added to the arm and in December 1812 seven dragoon regiments were converted to uhlans, although since many did not receive their new uniforms until late 1814, they were often referred to as “dragoons with sticks”. 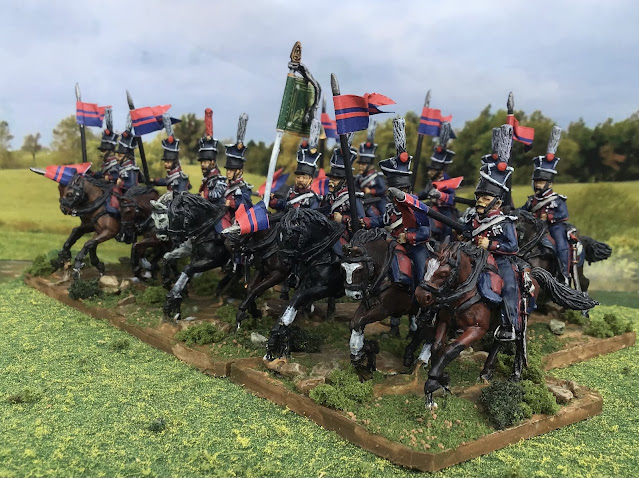 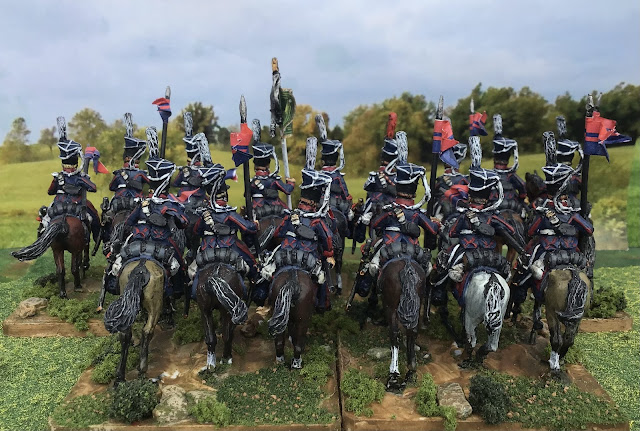 I have chosen to do the Polish Uhlans for no other reason that I like the carmine saddle cloth and facings. As with the other light cavalry regiment in this collection, the hussars, these have been done as a large unit, with 15 figures instead of my usual 12 to represent the larger establishment of the light regiments.