Two Units and a Game…at Last!

I realised yesterday that I haven’t posted since the 18th when we returned from our sojourn in the Deep South. It is not that I haven’t been doing any hobby work or have been layed low by the plague, rather real life has intruded into preferred life and absorbed too much of my time. The net result is that units that have been painted for a few days have lingered far too long in the basing department. That said, here are two newly completed units.

The first is the First Battalion Régiment de Saintonge for the French AWI army to go with the Second Battalion presented back in February. 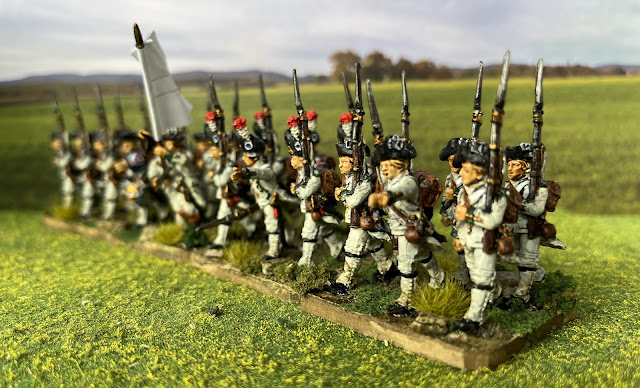 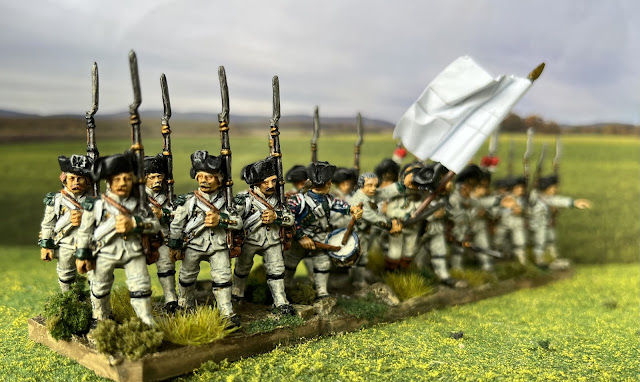 This finishes Régiment de Saintonge. The last unit in my intended French force is on the painting table now.

The second unit is the Second Battalion 53rd Regiment for the Prussian army for 1870. 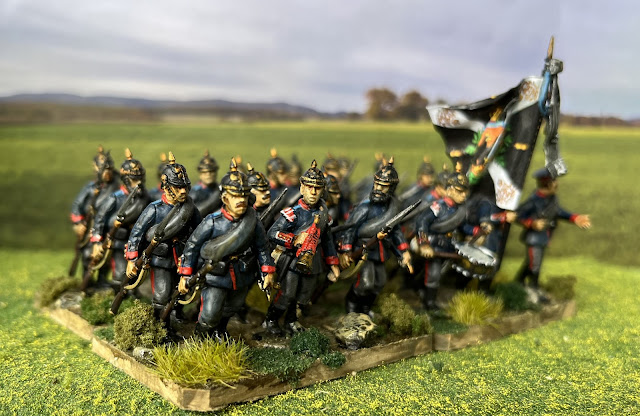 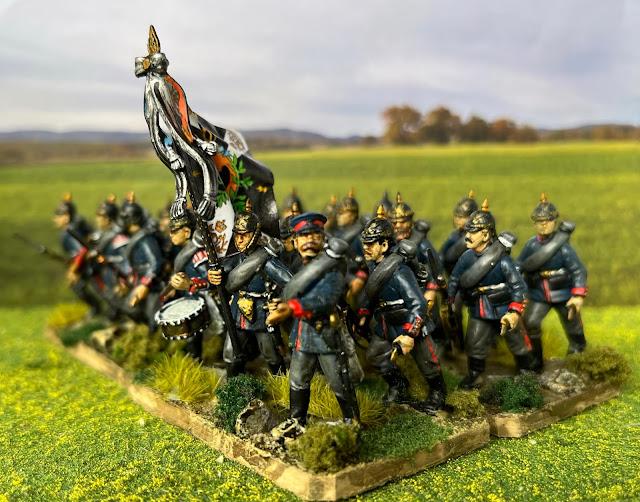 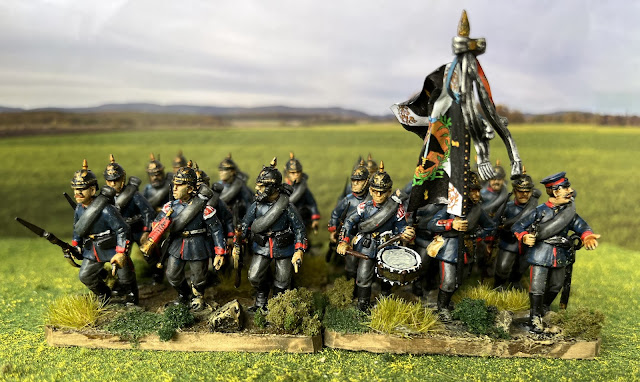 There are only eight battalions still to go in this force (including the jäger battalion just ordered).

And finally last Friday we actually managed a face-to-face game! A Borderer’s game in which three raiding parties attempted to raid cattle from a family farm with the farm owner, supported by a small force with the local warden tried to fend them off. I managed to completely wipe out the defending farmer and his supporters while my two fellow raiders gathered up two thirds of the cattle. I am sure that Keith will write up a more complete report of the event.

Up in truth we spent more time talking (having seen each other so rarely since January) than gaming, but a  game, a good natter and a shared meal was just the ticket after a difficult week in the coal mines. 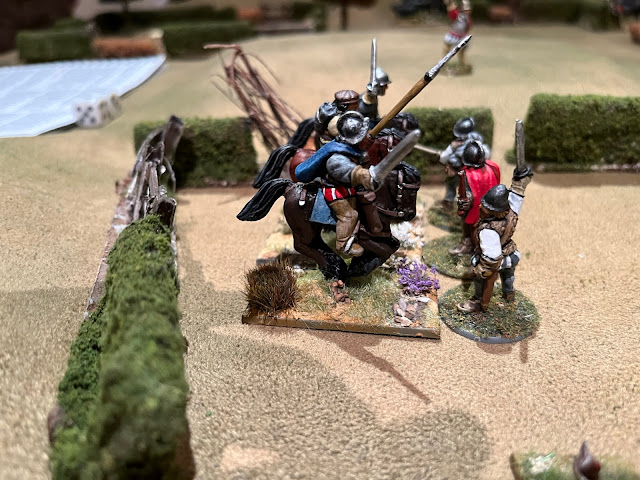 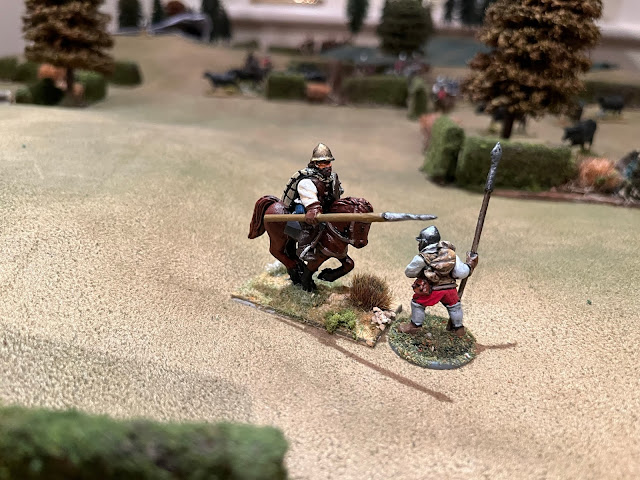 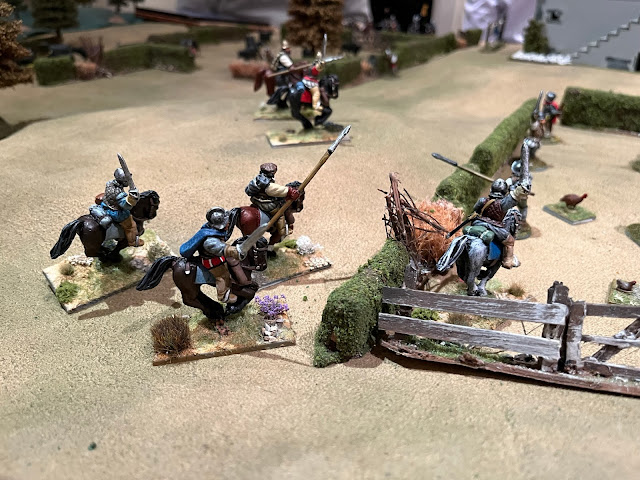 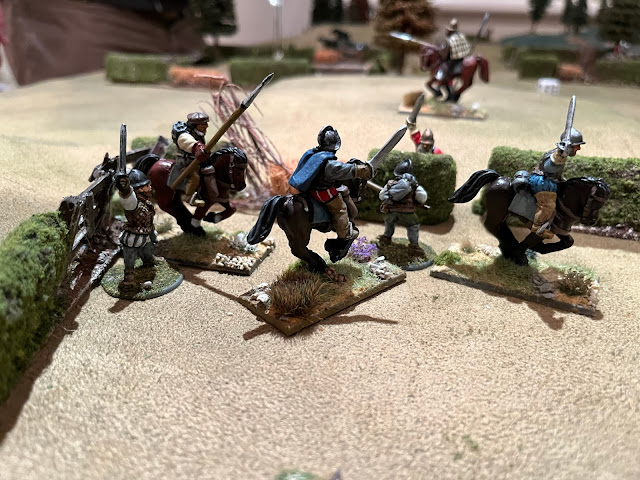 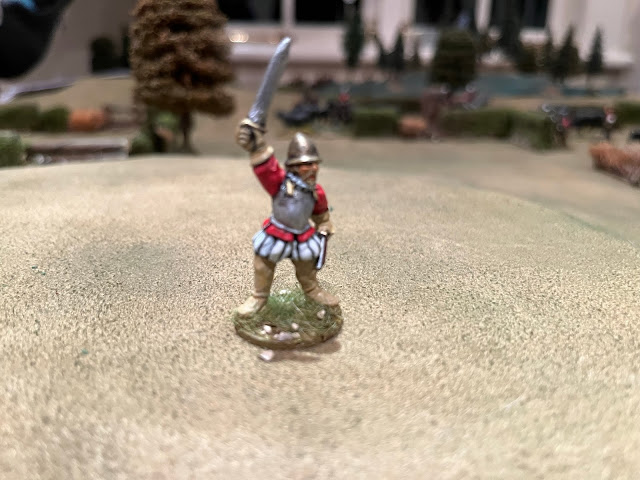 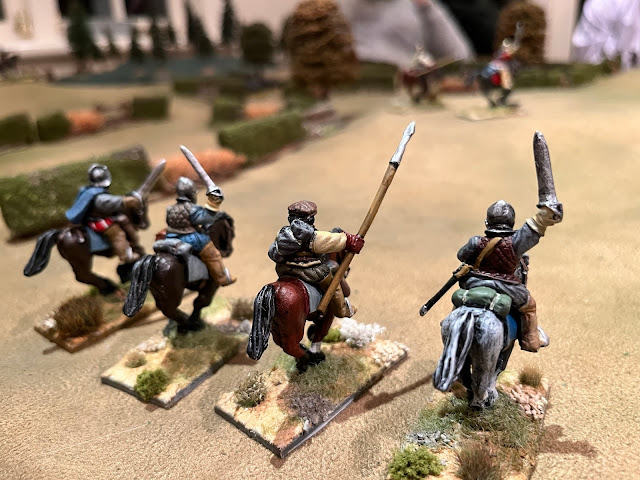