To support the four battalions of AWI Hessians (and two small units of Jägers) I have added a Hessian gun and ammunition cart.

This is a really nice little set of a gun crew loading a Swedish 4lb gun. The figures are beautifully animated. 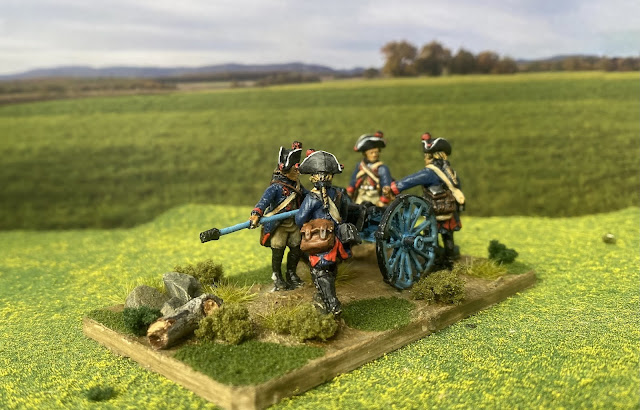 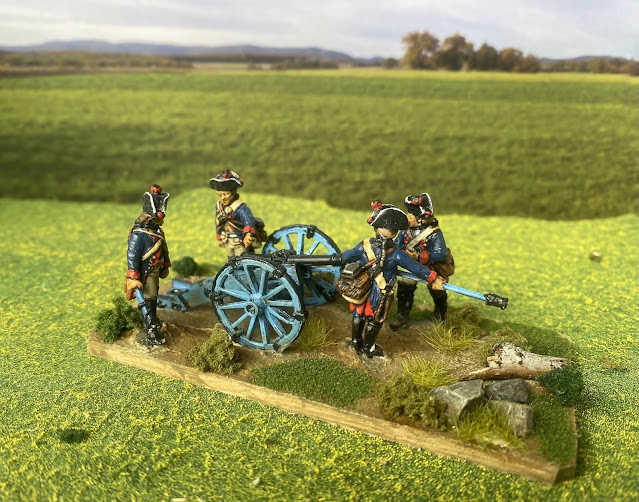 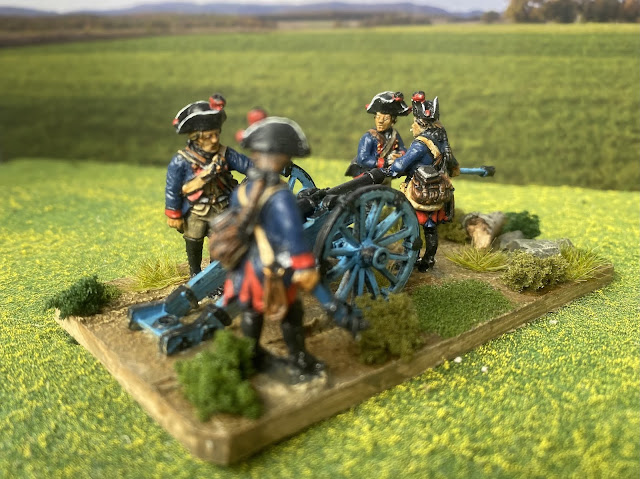 The ammunition cart is really designed for the British sets, but by changing the hats on the figures they seem a bit more Germanic. 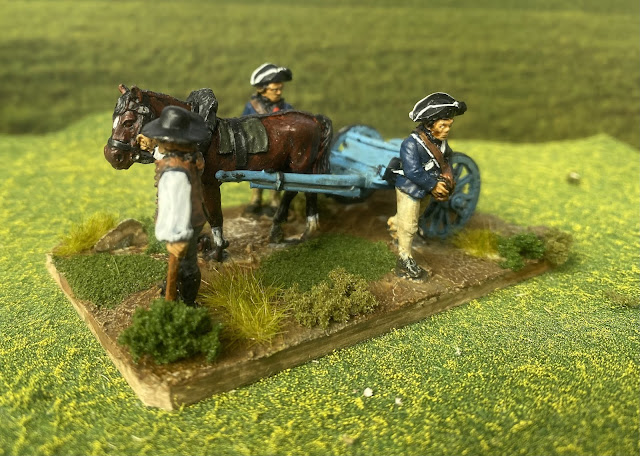 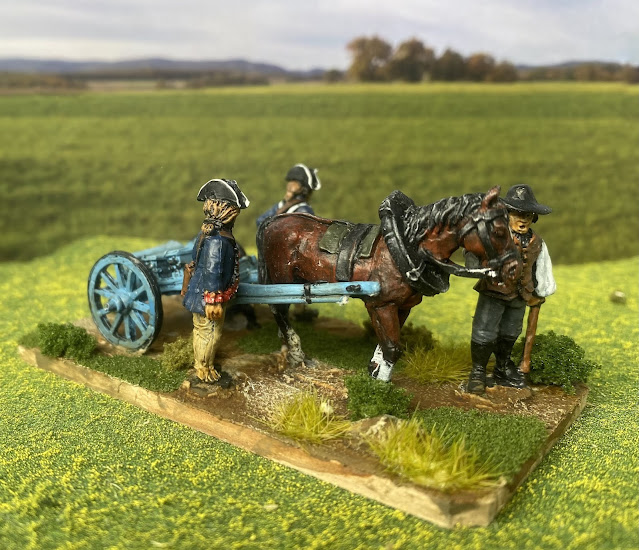 And then two two pieces together. 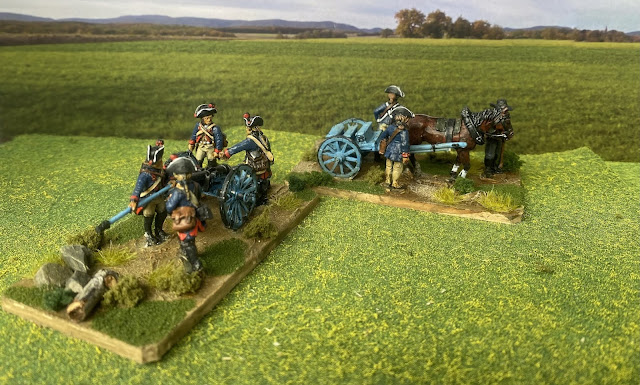 So where will the butterfly flit to next…well far to the east from North America to cooler Scandinavian climes for a foray into Finland in 1807.