Just a light offering today…a single stand of Russian Napoleonic hussars. This is an expansion to the Pavlograd Hussars that are already in the collection - an expansion because in general the Russian light cavalry (like the Austrians) were organised into larger regiments than the dragoons and cuirassiers. Adding another stand to the regiment seemed sensible.

What wasn’t sensible was ordering the figures without looking at what I already had. The result is that I bought troopers in campaign dress waving swords whereas the existing regiment were all in full dress with shouldered swords. This meant three differences: arms are waving over their heads, they are wearing overalls instead of tight trousers and they didn’t have plumes. Thankfully I had plenty of spare plumes from the shakos of the Russian Mounted Jägers from the plastic Allied cavalry sets, so some careful use of a drill, some steel pins and superglue solved the missing plume issue. The other two differences I just have to live with. 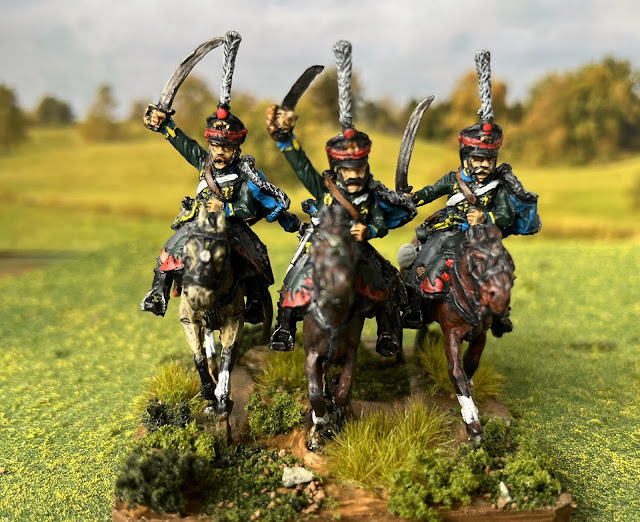 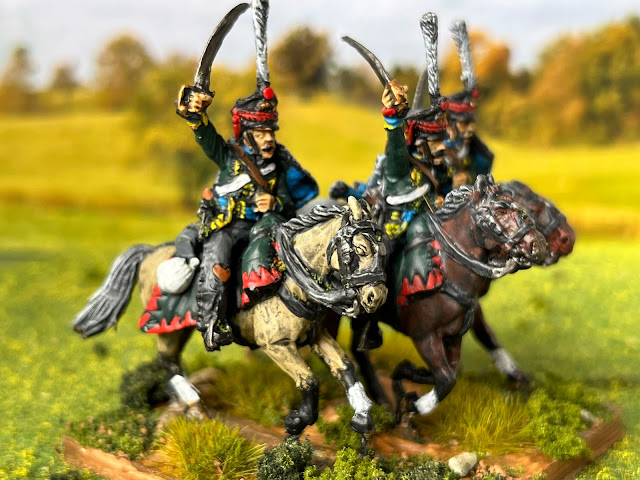 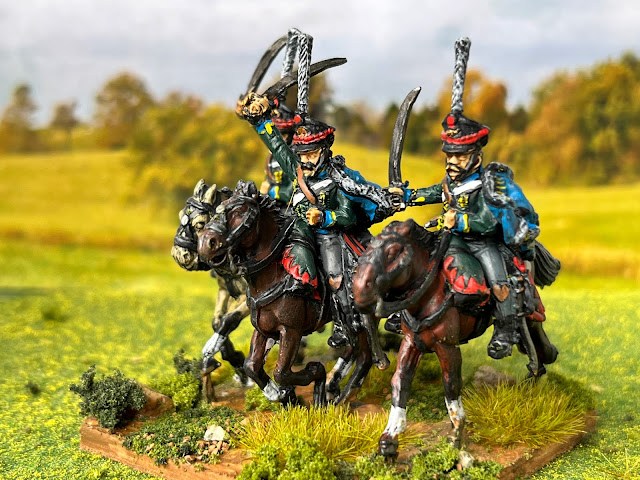 And the whole regiment.