Today we played an English Civil War game. I played Robert Bertie, 1st Earl of Lindsay, in command of Royalist force. My briefing was as follows.

In September 1642, King Charles I’s party is travelling south from Nottinghamto Oxford where he hopes to support his army in its attempt to drive Parliamentary forces from the city.

The king’s party is protected by a small mixed force commanded by Robert Bertie, 1st Earl of Lindsey

The Royalists have spent the night at Claydon House, Buckinghamshire, the home of Sir Edmund Verney who would become the king’s standard bearer at Edgehill later in the following month.

Lindsey’s forces include the following:

At daybreak, following an excellent evening enjoying Sir Edmund’s hospitality, the king and his party are preparing to leave when an observant dragoon reports the presence of a party of, presumably hostile, horsemen outside the Boar’s Head Inn to the southwest

Lindsey immediately gives orders for his force to deploy in case the horsemen’s presence across the valley indicates the arrival of a much larger and potentially more dangerous force.

At the commencement of play, Lindsey’s forces are deployed as follows:

Lindsey’s imperative is to protect the king and, if possible, to ensure that his force is able to forge its way through any opposition in order to join the rest of the Royalist army outside Oxford.

So how did the game go? Well not quite as planned. 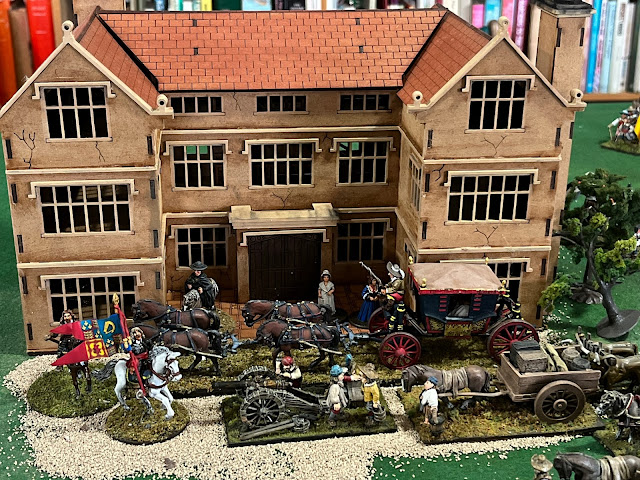 Dingy and Langdale formed up and moved towards the tavern. 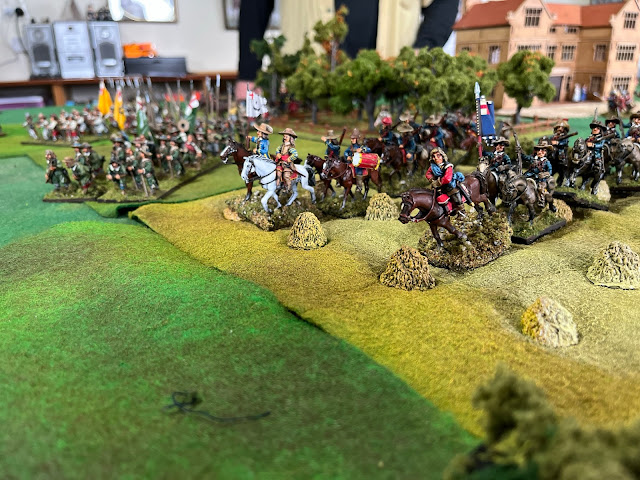 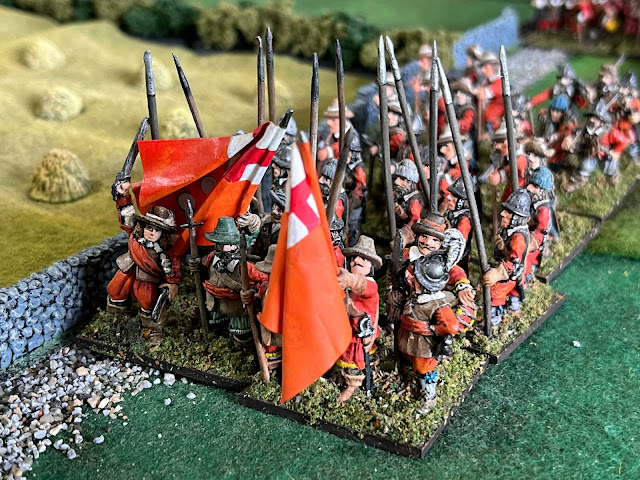 Near the mill Digby came under fire from the Parliamentary guns. 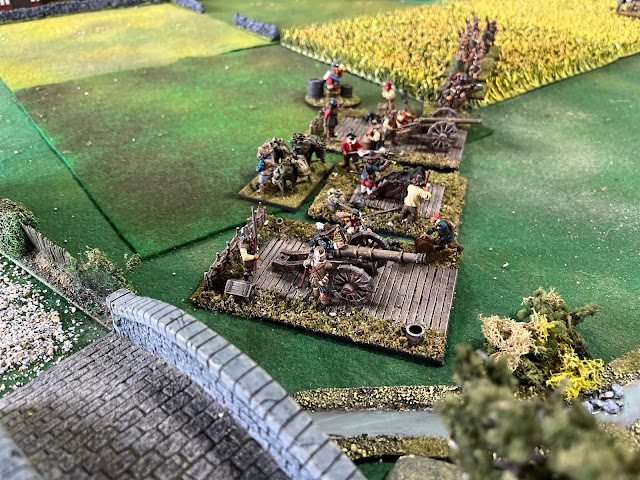 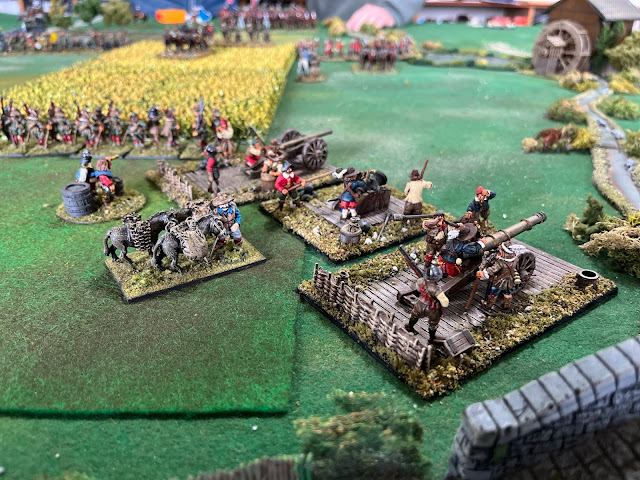 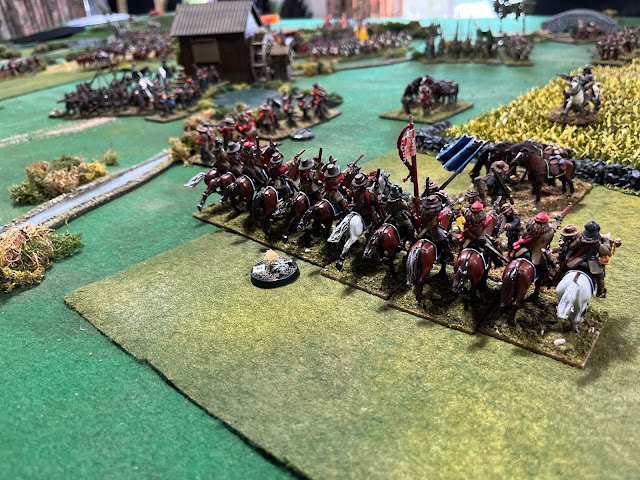 …but despite all the advantages in their favour were beaten off! Another attempt by the Royalist horse against some Roundhead cavalry were similarly beaten off, until finally two units found the Parliamentary flank and gained the upper hand. 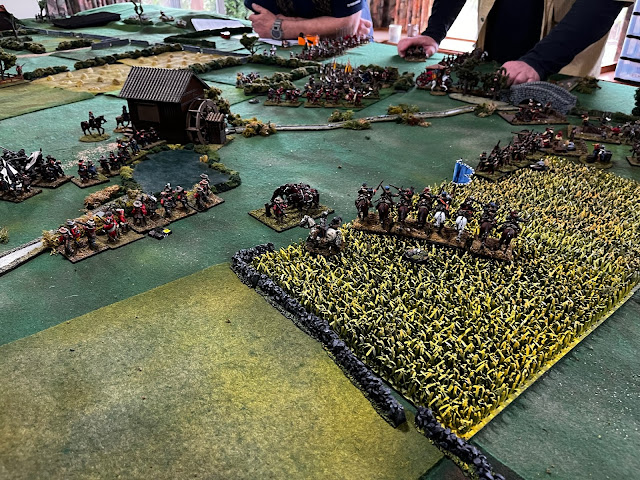 By this point the Royalist forces had reached the bridge with the King’s coach, but further passage was blocked. 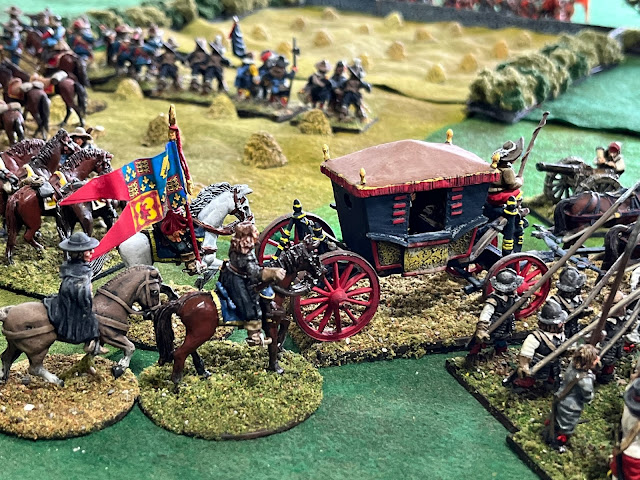 The Parliamentary forces closed around the carriage only to find that the King was not in it, having taken to his horse and made his way around the enemy forces.

Here the game ended. The King had escaped into the Oxfordshire countryside, but Lindsay’s force was all but destroyed.

And so a few extra images.. 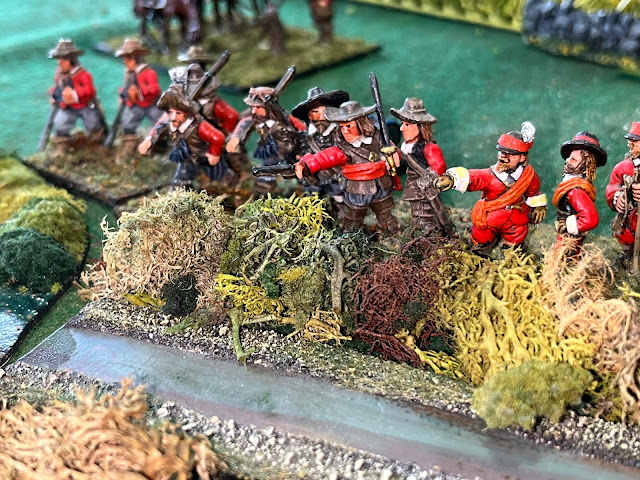 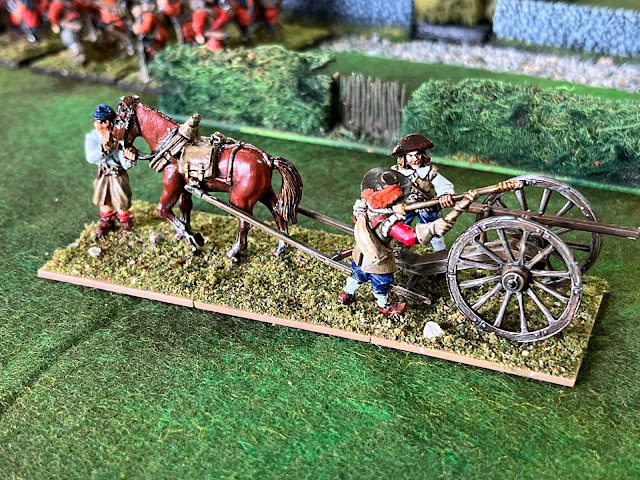 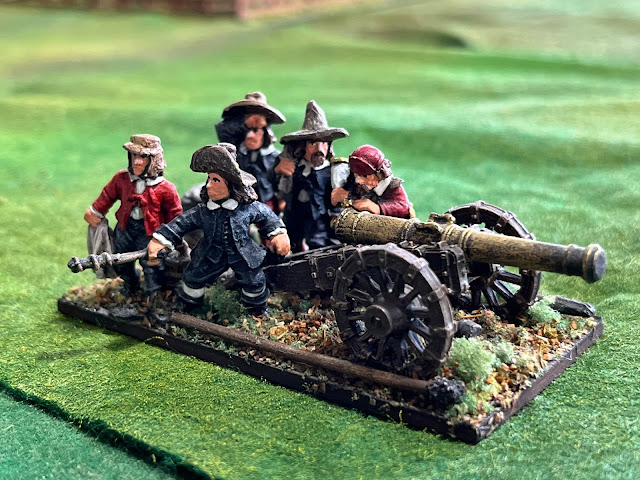 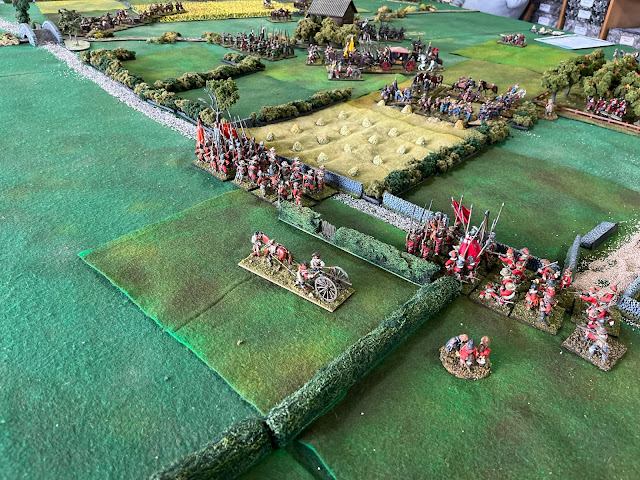