I have just realised that it has been nearly a full month since I last posted.
As I wrote at the end of my last post the lack of activity on this blog should not be viewed as a fall off in interest or even a lack of hobby activity. Rather I have been extremely busy with a somewhat secretive project, the results of which can be revealed in a few months’ time. This is a rather spectacular project (especially the terrain) and has been progressing well with 46 terrain items plus some 370 foot and 35 mounted figures completed to date. To finish the project, I still have another 270 figures and somewhere between 20 and 30 terrain items to go. The target is to have all this completed by the end of August.
I also expect in the next month or so to complete the artillery for the Great Paraguayan War and add a few battalions to my AWI British collection, the order for which will be placed towards the end of this month. And now the Perrys have released the first of their Franco-Prussian War range...there goes any plans for an early retirement!
In the meantime I am in the South Island again, in Wanaka to be precise, on a short break for our wedding anniversary on Saturday and my birthday on Monday. This is a truly spectacular part of the country, but with temperatures peaking at a mere 7 degrees C and dipping to -2 C overnight it is cold spot at this time of the year. That said, the sun was shining, we have a warm hotel room with a view out across the lake and there is a roaring fire in the bar! 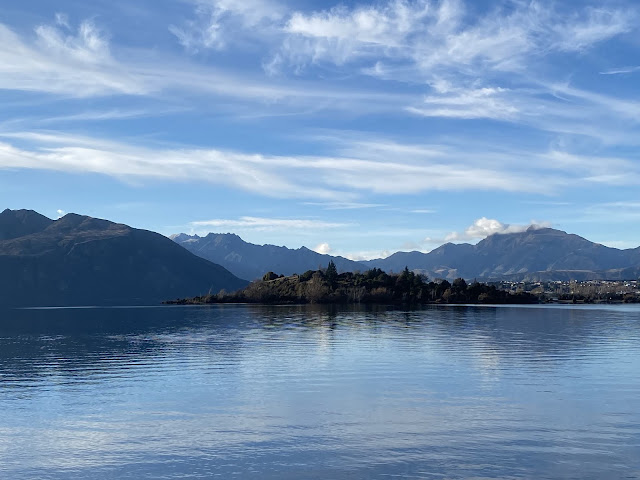 .
Saturday night proved to be a bit of a comedy of errors. The town was busy because of a local Matrariki (Maori New Year) Festival and we were unable to get into a local Indian restaurant that we had enjoyed on previous visits. Now Wanaka is not short of eating establishments, but dietary requirements restrict us, so we headed to a local Chinese establishment that looked reasonable. We had just ordered and our wine ha$ been delivered when the fire alarm went off. Out into the cold night we went while we waited for the local fire service to arrive, verify the false alarm and turn off the alarm. We went back inside to find that the establishment was far from reasonable and the food quality was sub-optimal. It was hardly the  pleasant evening we had expected for our anniversary. The only high point was the Matariki fireworks display. 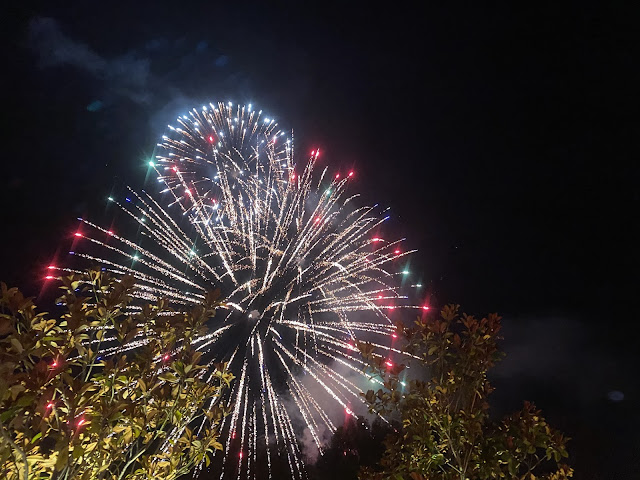 Sunday dawned a little overcast and a degree or two warmer, but the lack of  sunshine made it feel colder. We drove across to Arrowtown where we had a very satisfying lunch before spending the afternoon in the hotel lounge near the fire with a drink and reading - my choice being Adam Zamoyski’s “The Rites of Peace: the Fall of Napoleon & the Congress of Vienna” that has been sitting unread on my bookshelf for more than ten years! Dinner at the Indian restaurant we missed on Saturday made Sunday an altogether a more satisfying day.
It’s the last day tomorrow then back to Auckland on Tuesday and work on Wednesday...groan!
Posted by Mark Strachan at 20:10