The focus on the Great Paraguayan War armies since July has paused work on the American Civil War armies that had dominated hobby activities for the first half of the year. But with the last order I sneaked in a box of cavalry to create these two Confederate cavalry regiments: a small unit and a tiny one. 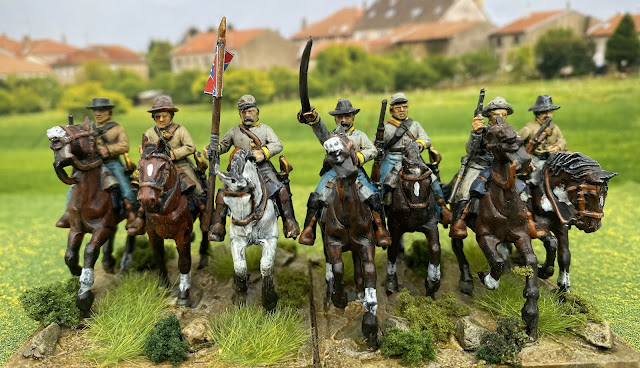 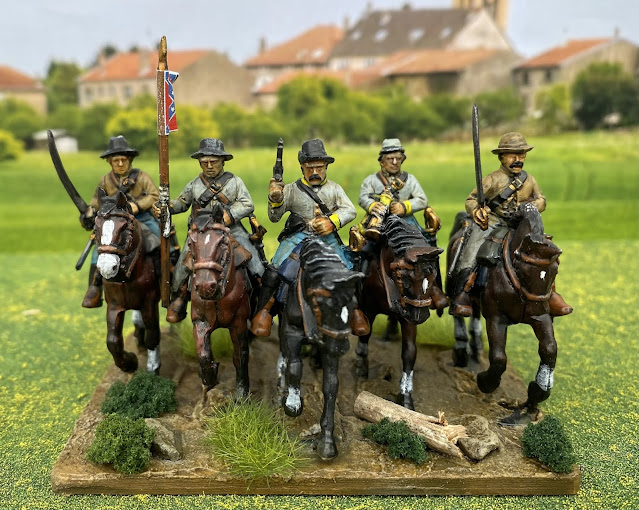 My earlier experiment using units on single bases has been largely abandoned (except for the tiny units). Since my lead/plastic pile is now flattened I have some time to take the the ACW figures off their temporary bases and fix them permanently. There are still a few dismounted cavalry figures to come to complete this project - probably some time early next year.

I have also been painting a few buildings for a friend. They have been a welcome distraction. 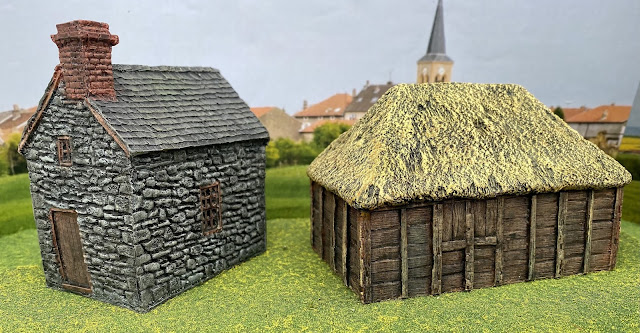 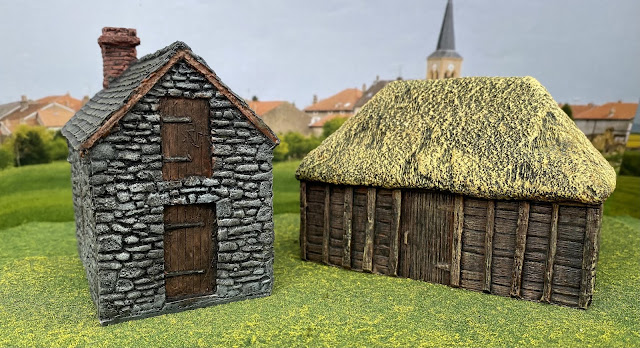