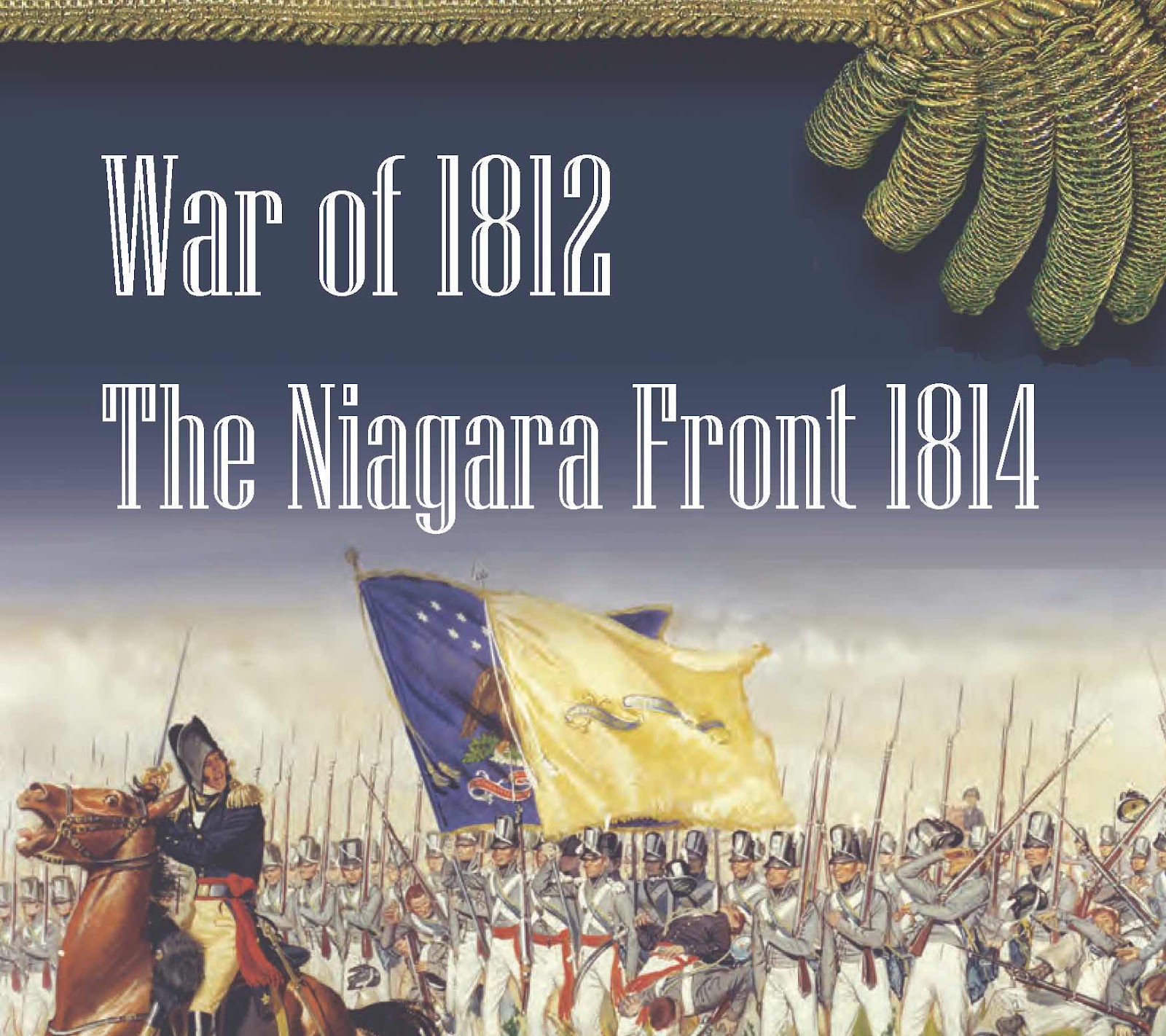 Today’s game, as the leading graphic indicates, was a War of 1812 game set in the Niagara front. I have played a little loose with the historical background, as those familiar with the campaign will note, and the tabletop terrain stretches reality even further. That said, here is the background and technical limitations of the game.

Background (with apologies to historical accuracy)

On 19 December 1813 Fort Niagara fell to the British and its recovery became a focus for the US military on the Eastern Great Lakes for the next year. All attempts to take it from the south and east were foiled, but in the late summer of 1814 a new plan was conceived.

This plan involved gaining control of the Western, or Canadian, bank of the Niagara River. Success here would make the capture of Forts George and Erie at the northern and southern ends, respectively, of the Niagara River an easier task. Not only would this isolate Fort Niagara, but it would give the Americans complete control of Lake Erie and would open up the possibility of operations in Lake Ontario against the key Canadian settlements of Hamilton, York (modern day Toronto) and Kingston, effectively closing the Great Lakes to the British.

Major-General Jacob Brown’s American Division was charged with the operation. Major-General Phineas Riall commands the British forces in the area. 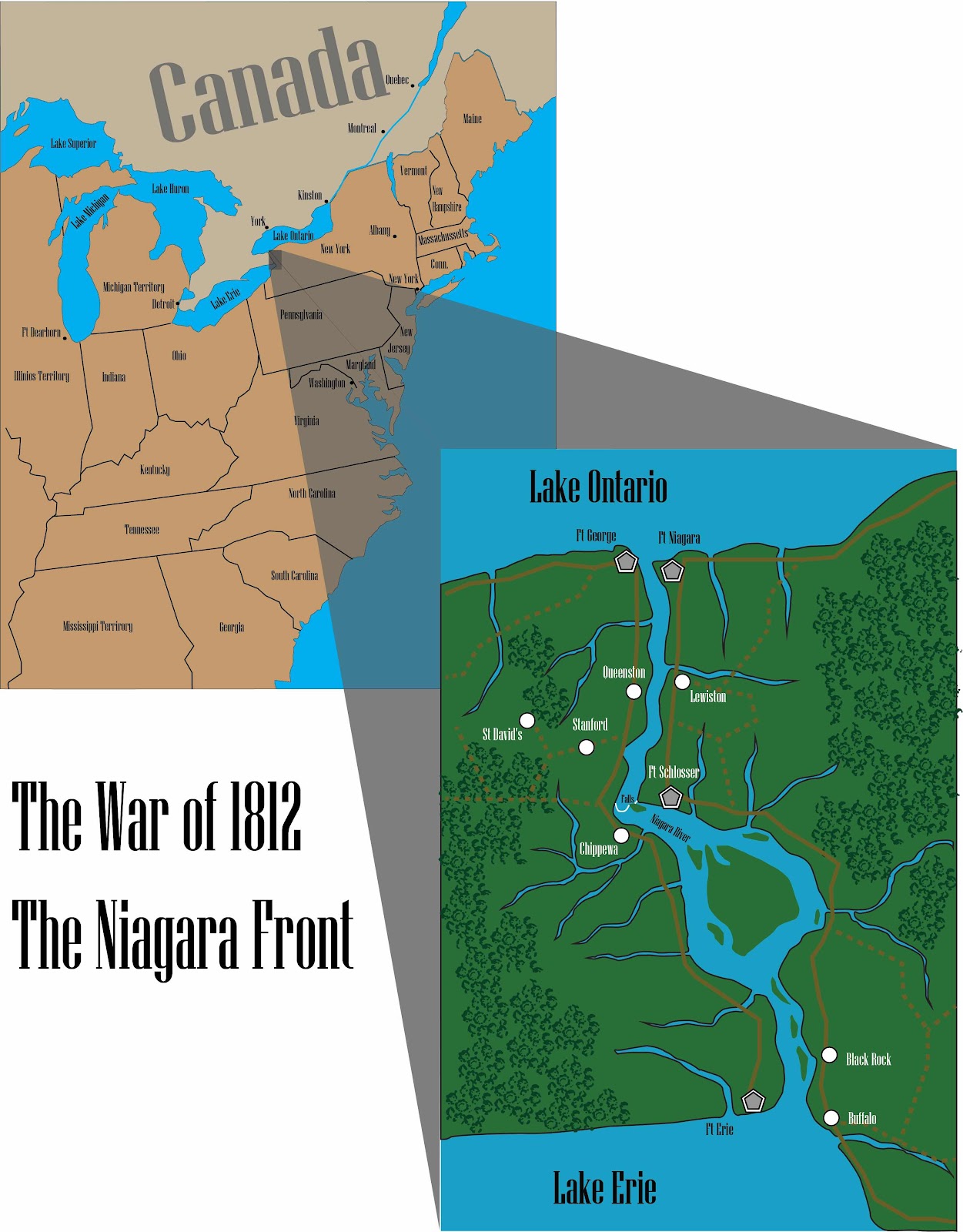 What you know of the British positions:

In order of importance the US forces need to: 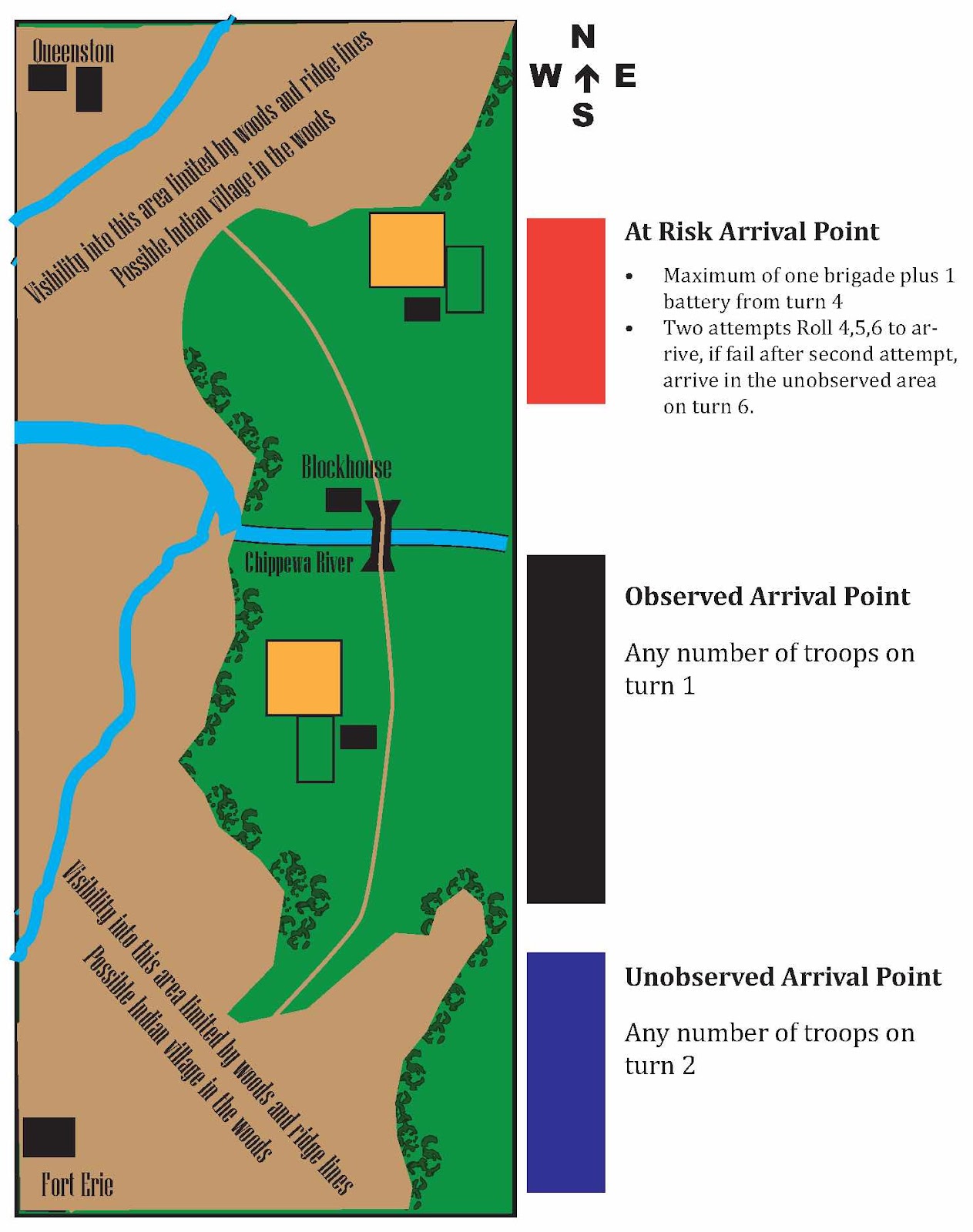 A US force consisting of up to 12 infantry regiments (mixed regulars and militia), 4 guns, some cavalry and some Indians is on the eastern bank of the Niagara River ready cross. The crossing point is unknown.

An understrength militia battalion plus 1 gun

At the blockhouse across the Chippewa River Colonel Scott

At the Camp south of Queenston

Special rules that differ from those for the US forces 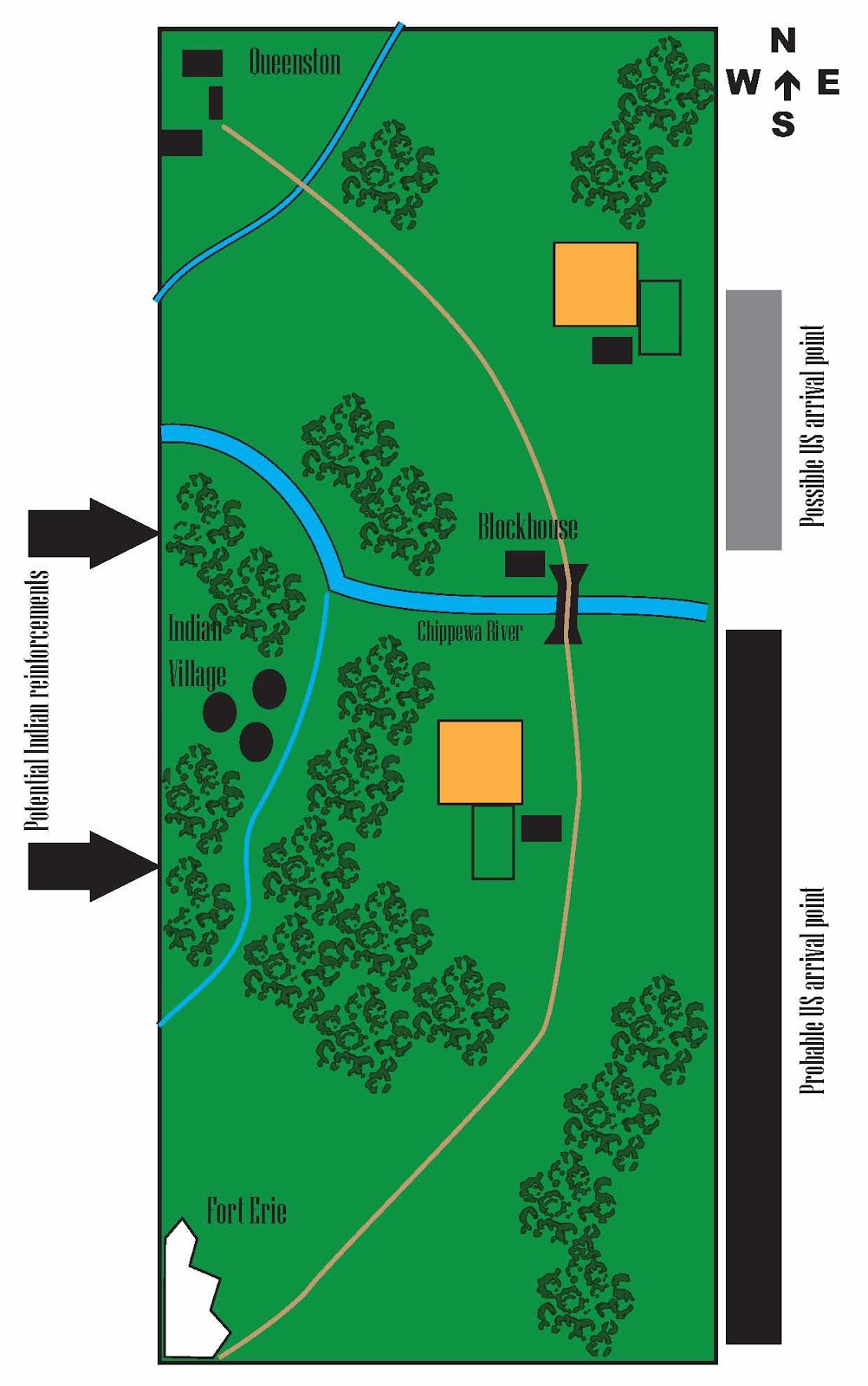 Game Details unknown to both sides

The Fort Erie militia will surrender if no British troops are visible and the Americans troops advance to within 500mm of the fort or fire on it.

If the game is stalling because of a lack of troops the umpire can make up to two more battalions available as reinforcements to either side.

The rules used in the game can be found here

So how did the game run?

Well not at all like I expected it to.

The day dawned a bit overcast, maybe 6 degrees C. After a good breakfast we were at the table at 9:15. 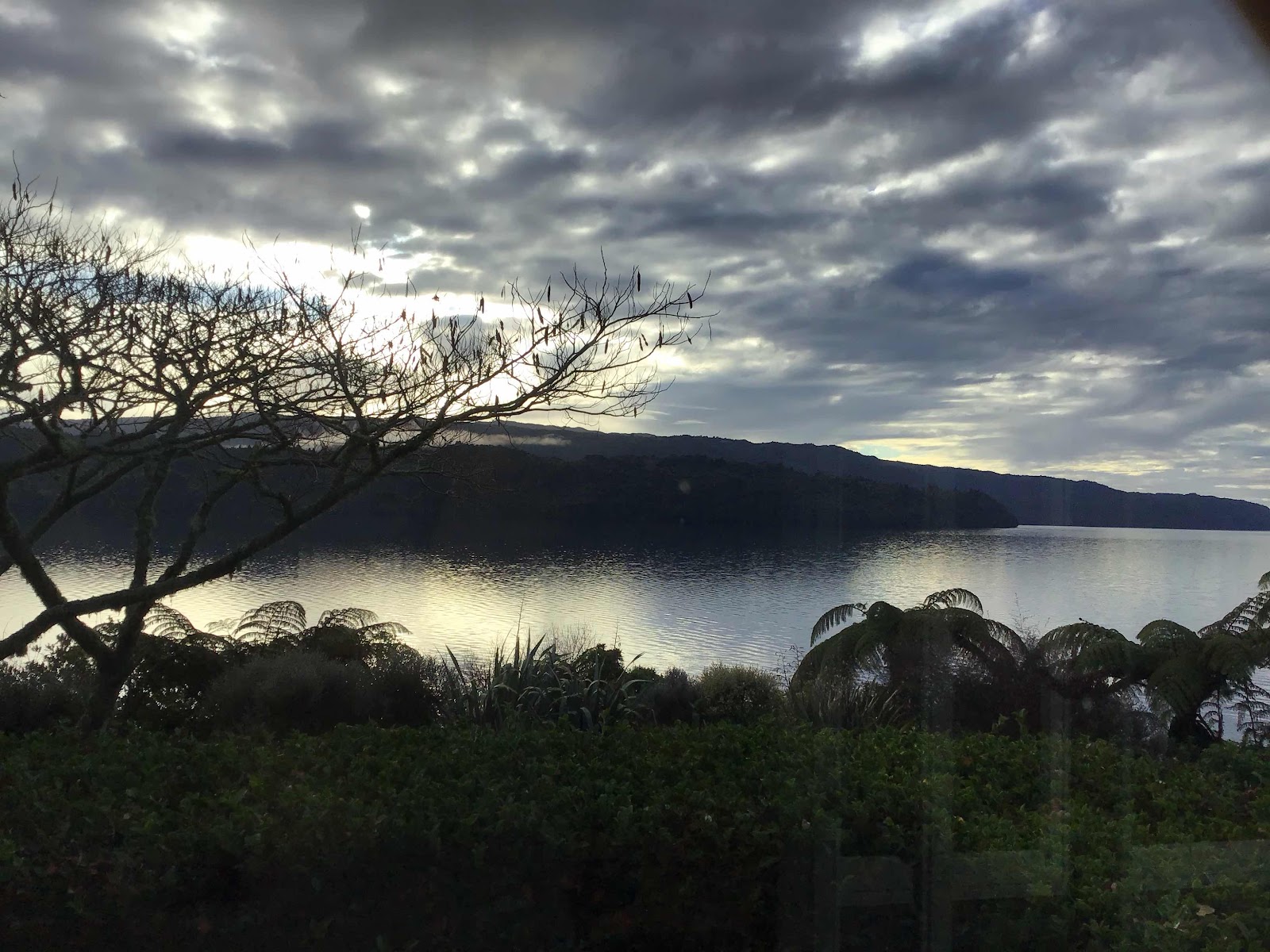 The Americans chose not to exercise the option to come on across the Chippewa and brought all three brigades on the table on the middle deployment zone. 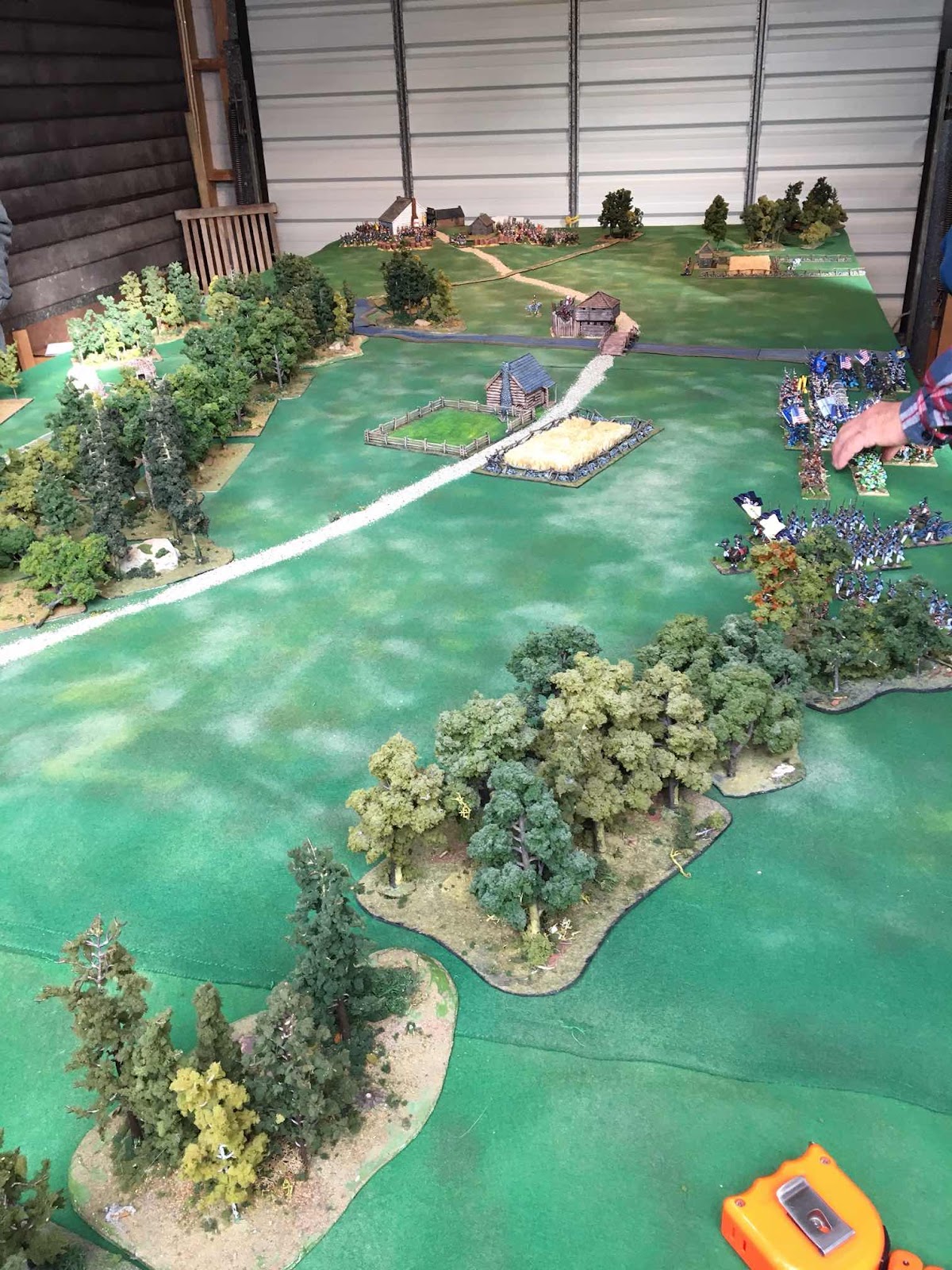 The British then placed all their troops in camp and we started play. The Americans chose to press Scott’s brigade towards the fort while Porter and Ripley were charged with pressing towards the blockhouse. 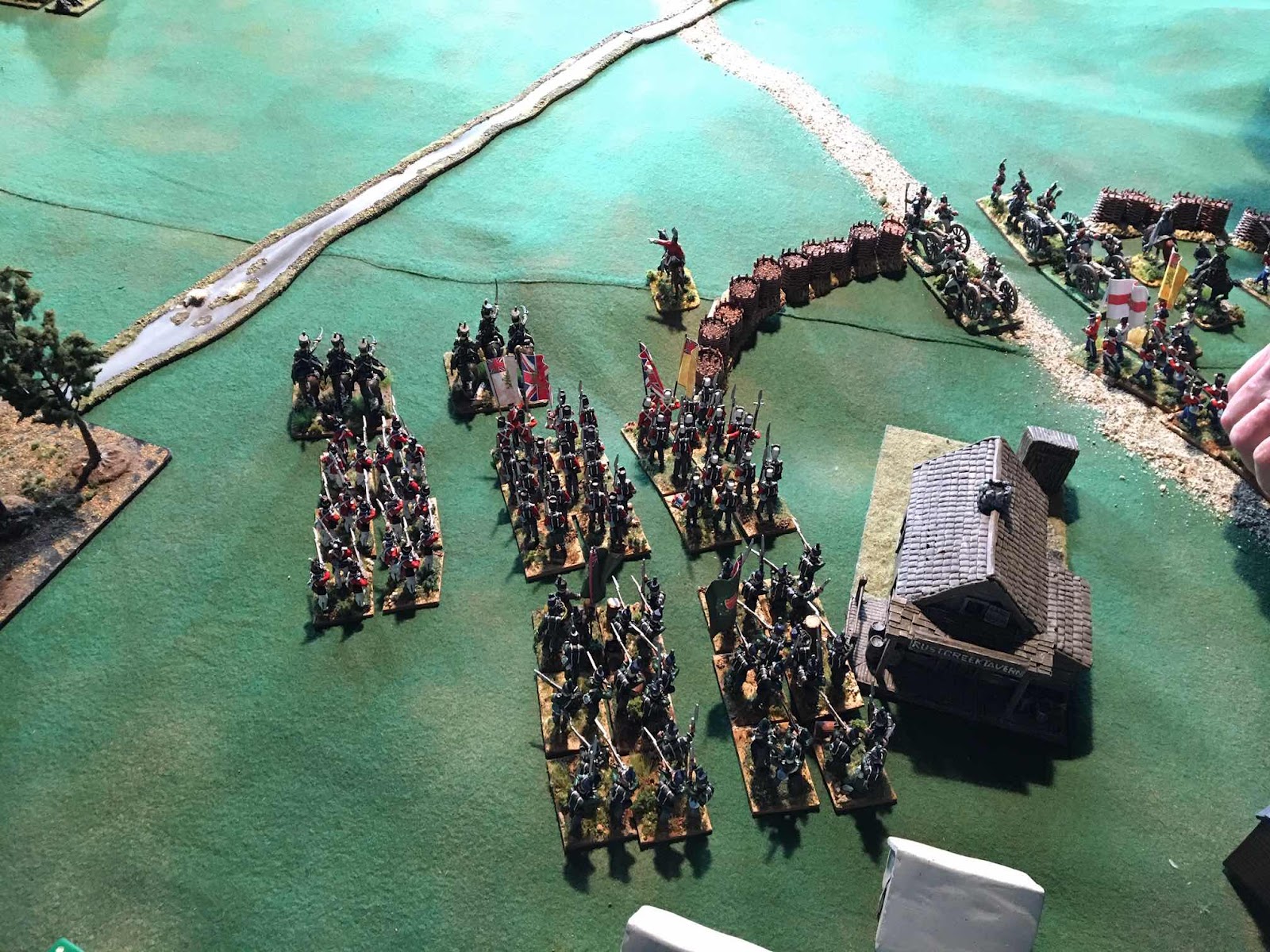 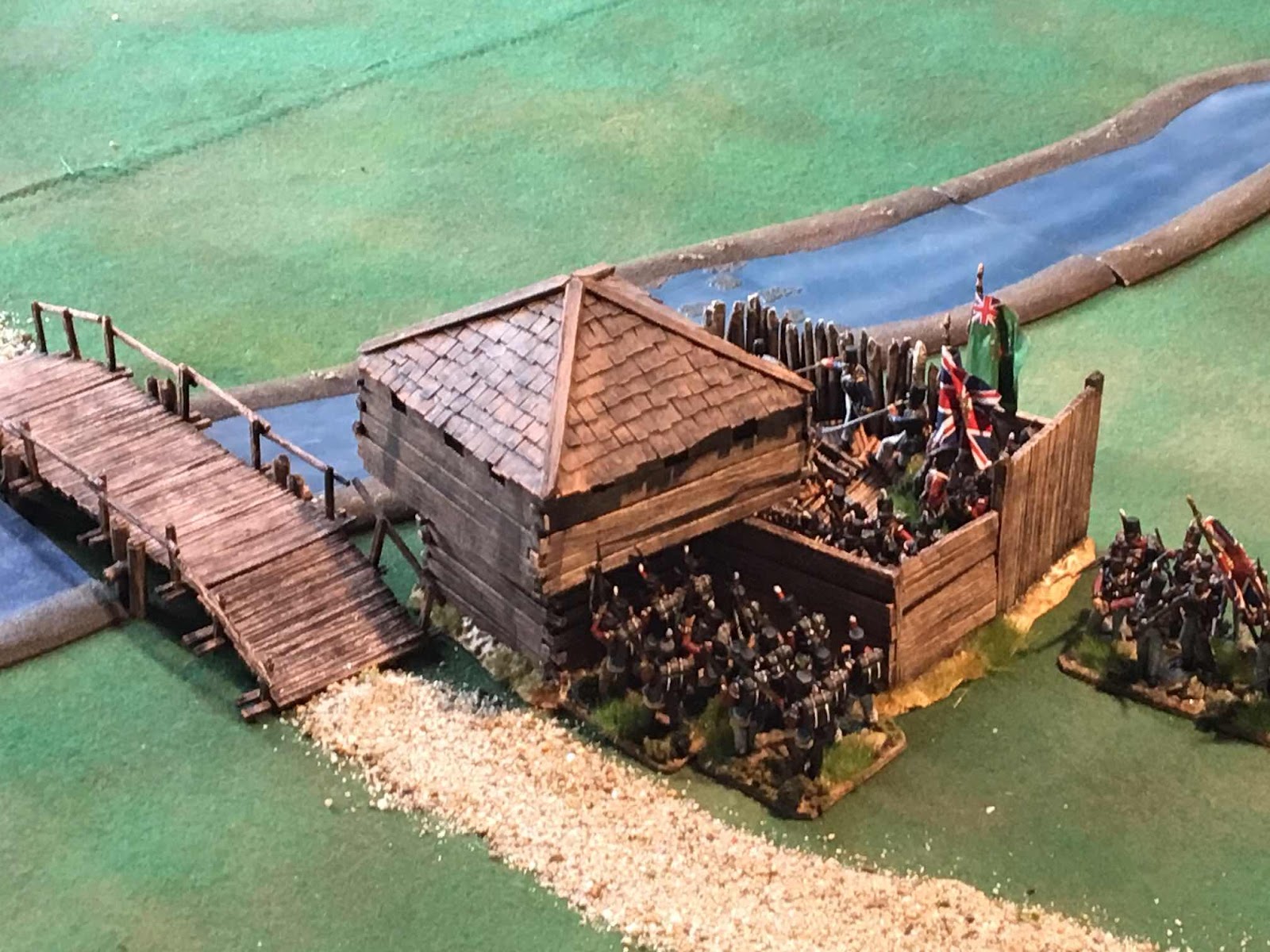 On turn two the gun in the blockhouse opened fire and the British at Queenston assembled. They moved with alacrity and quickly began to form a strong position. When their guns opened the Americans quickly realised that they were not going to get across the bridge easily and withdrew to reassess, forming around the farm. The British then established a line to the west of the bridge, fearing a flanking movement. 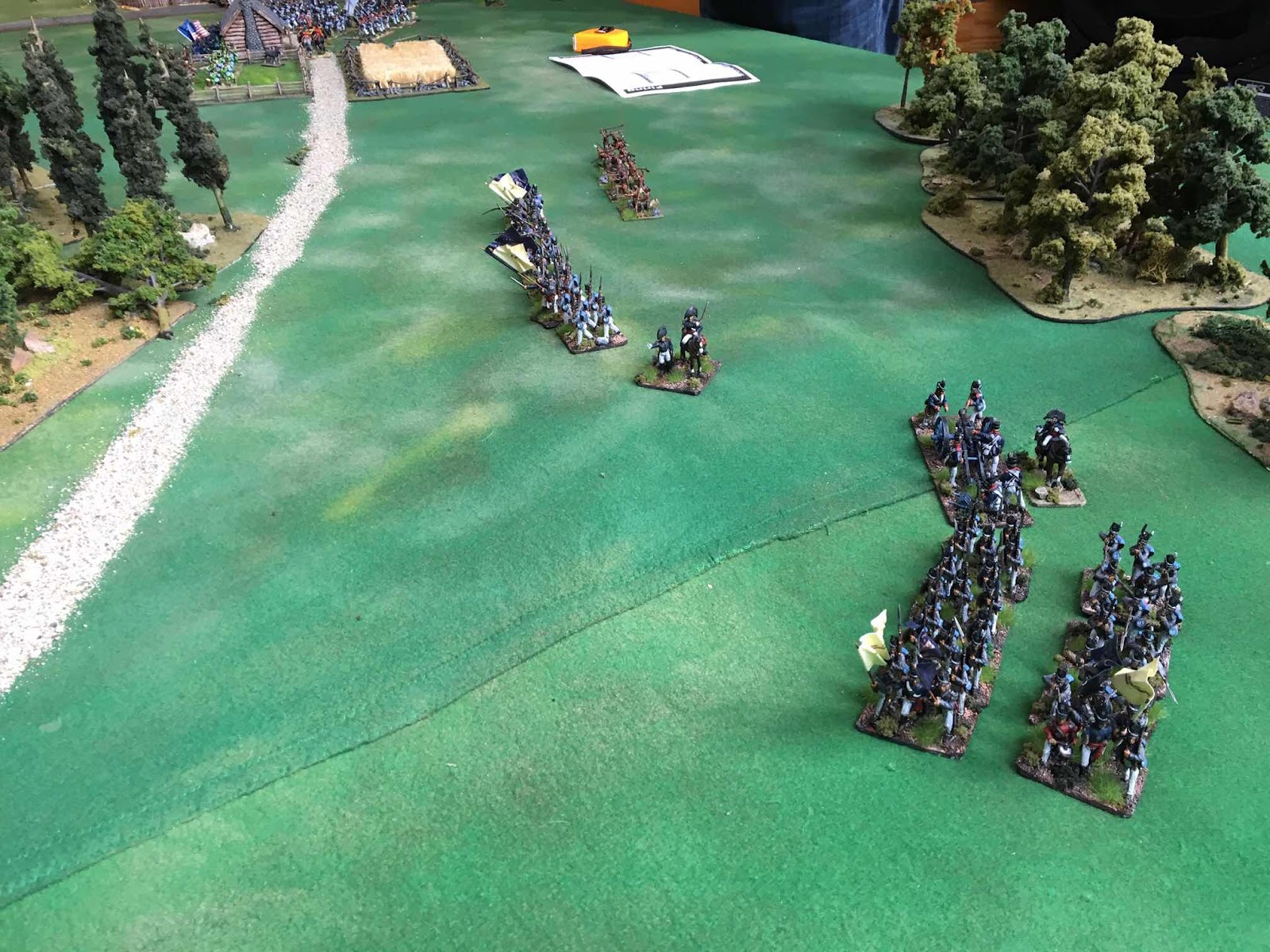 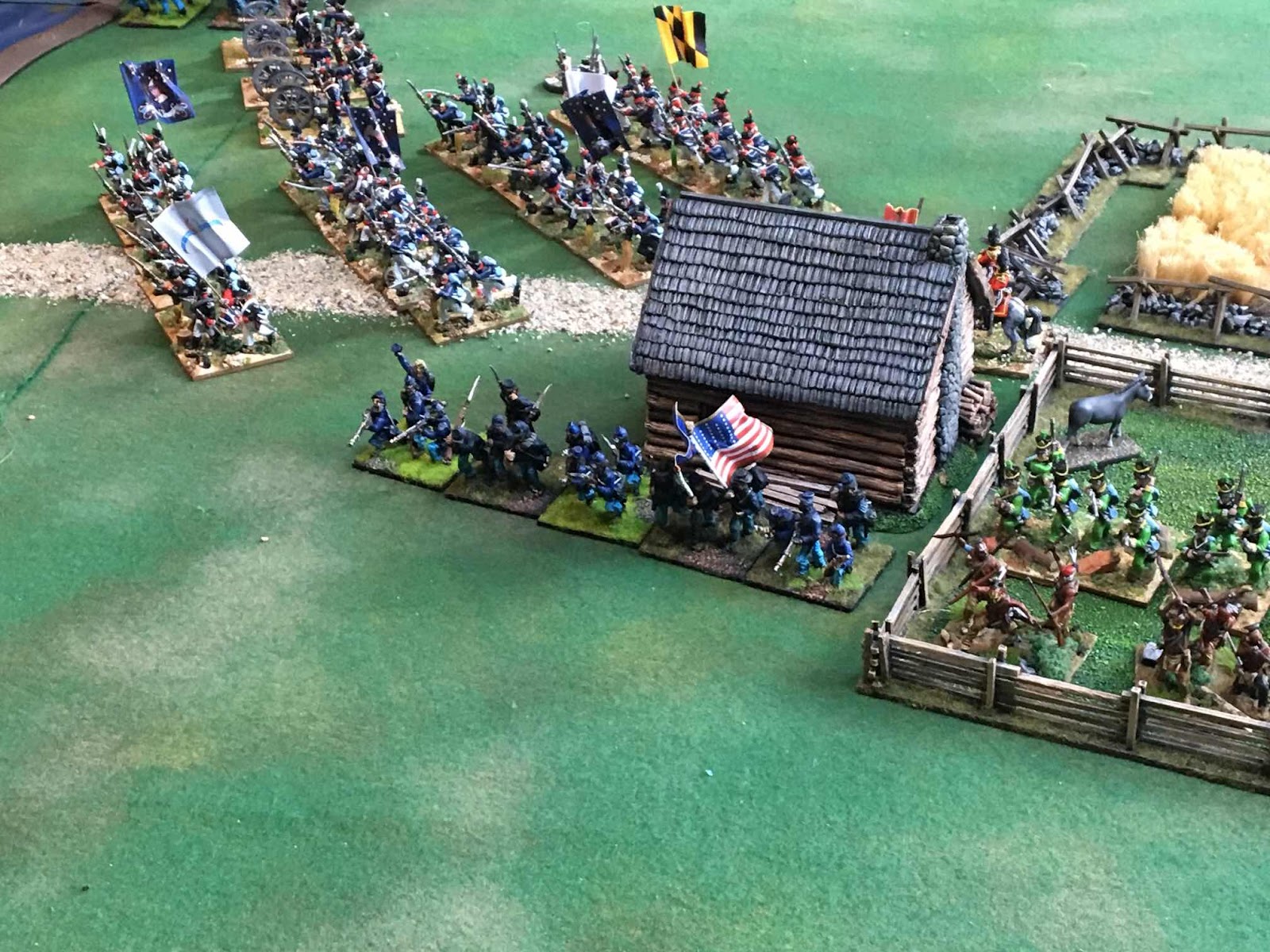 Meanwhile Scott approached the fort and the Canadian militia cavalry, not wanting to be a part of the surrender, rode north. Soon after the militia garrison sighted the Americans and surrendered. 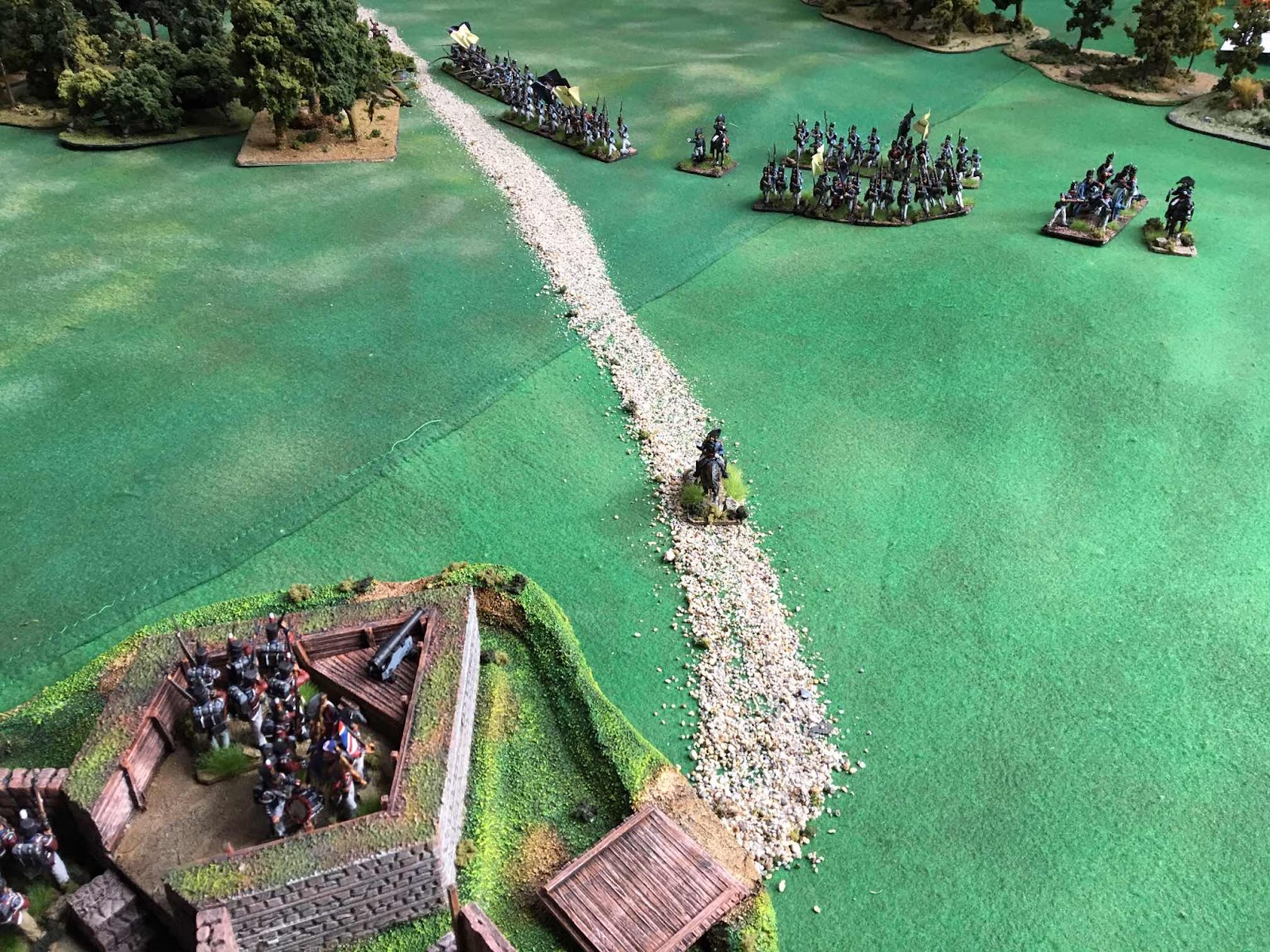 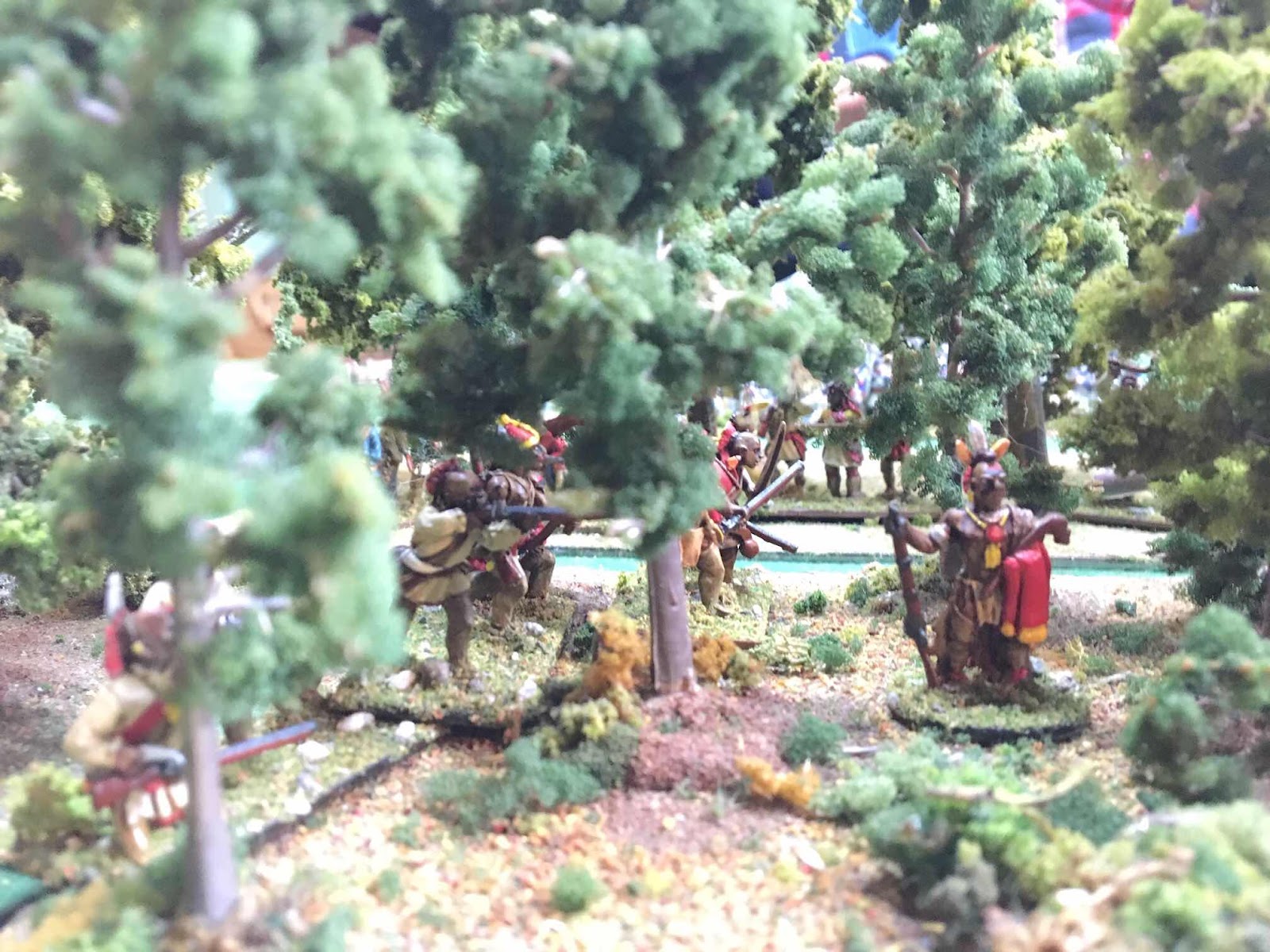 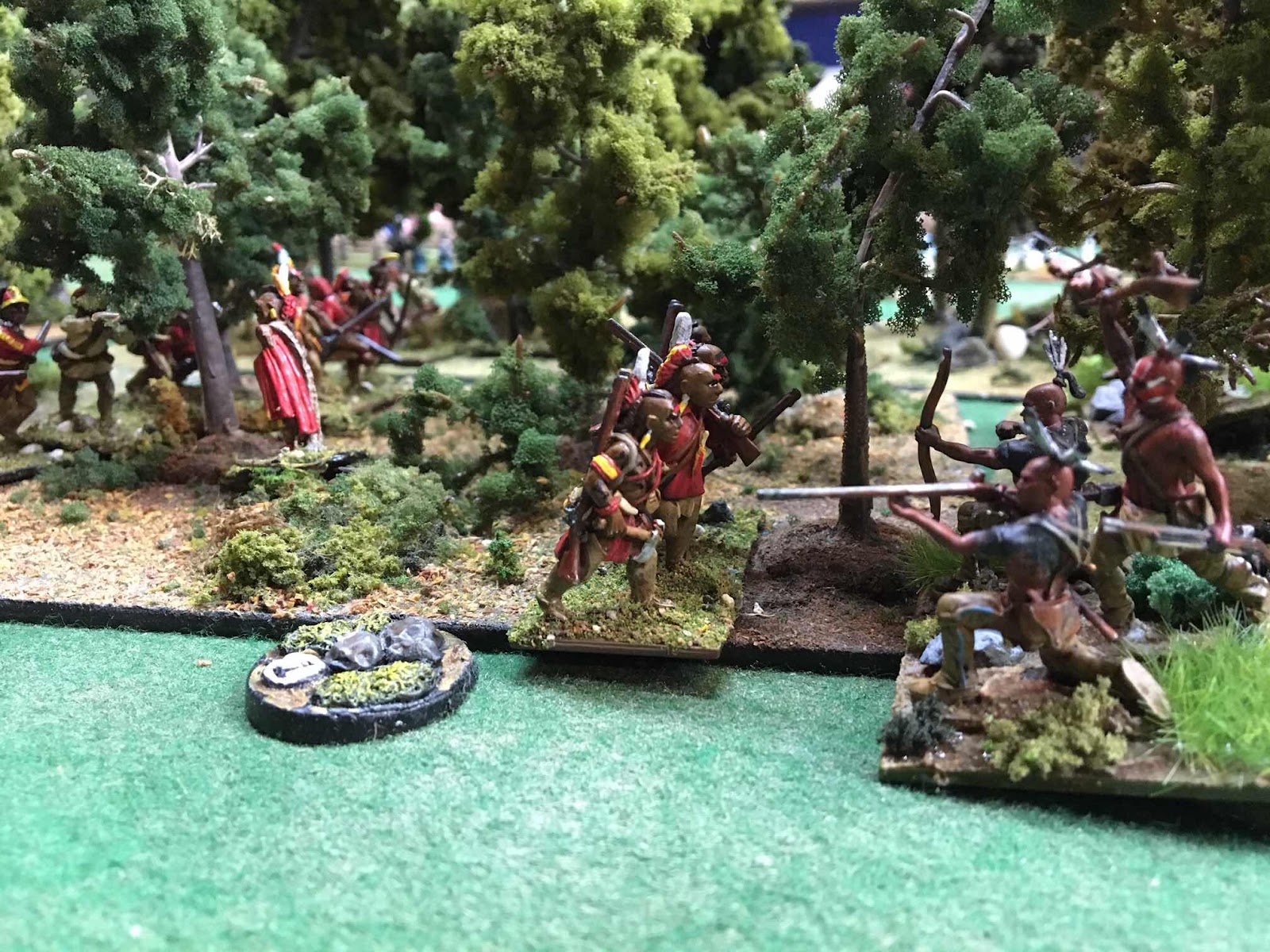 In time this advance was a success. Scott cleared the valley, even though an attack on the village brought out another two Indian units.

The British, realizing that the best success was gained by forming in front to Queenston and fell back, abandoning the blockhouse. 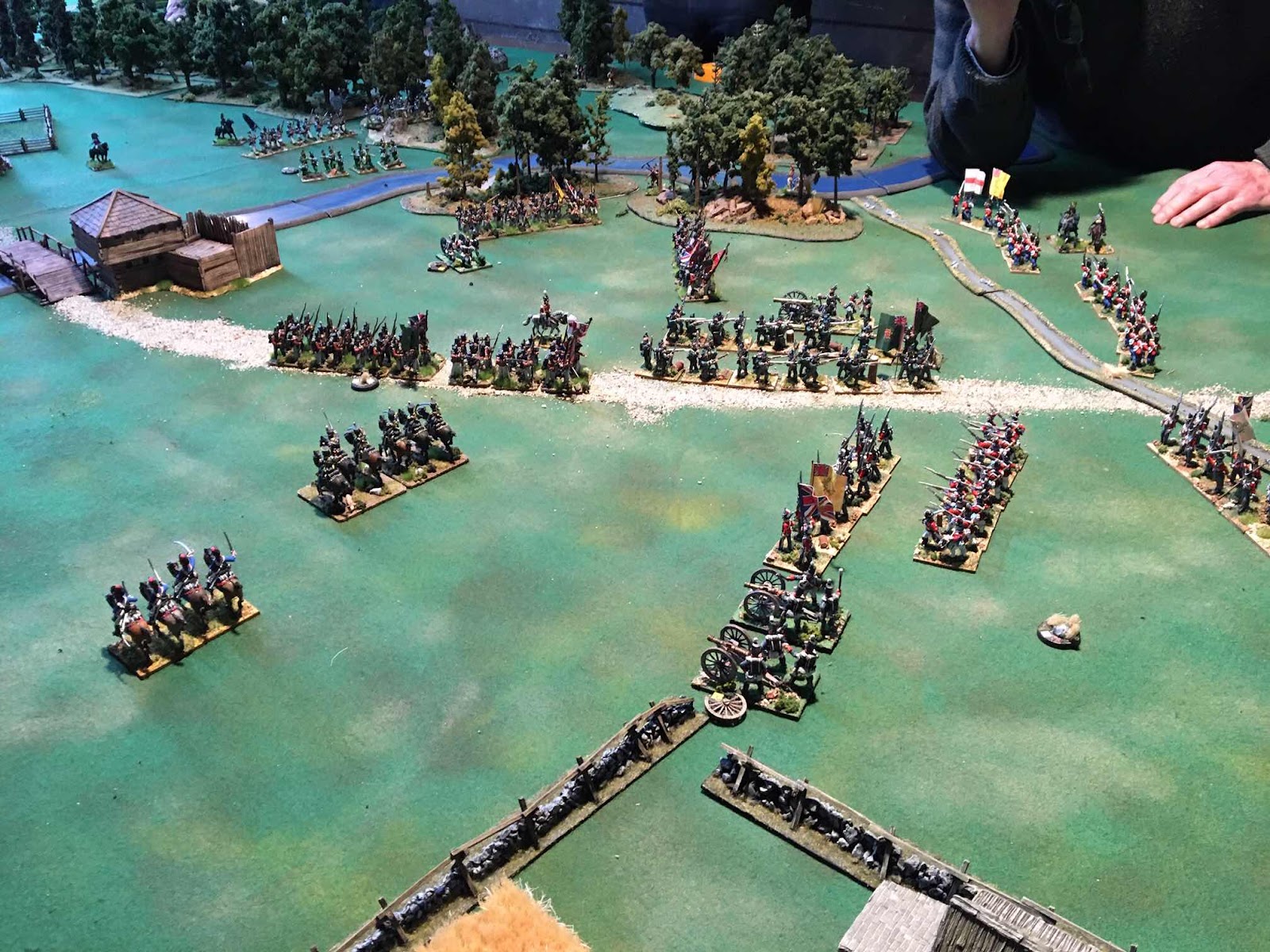 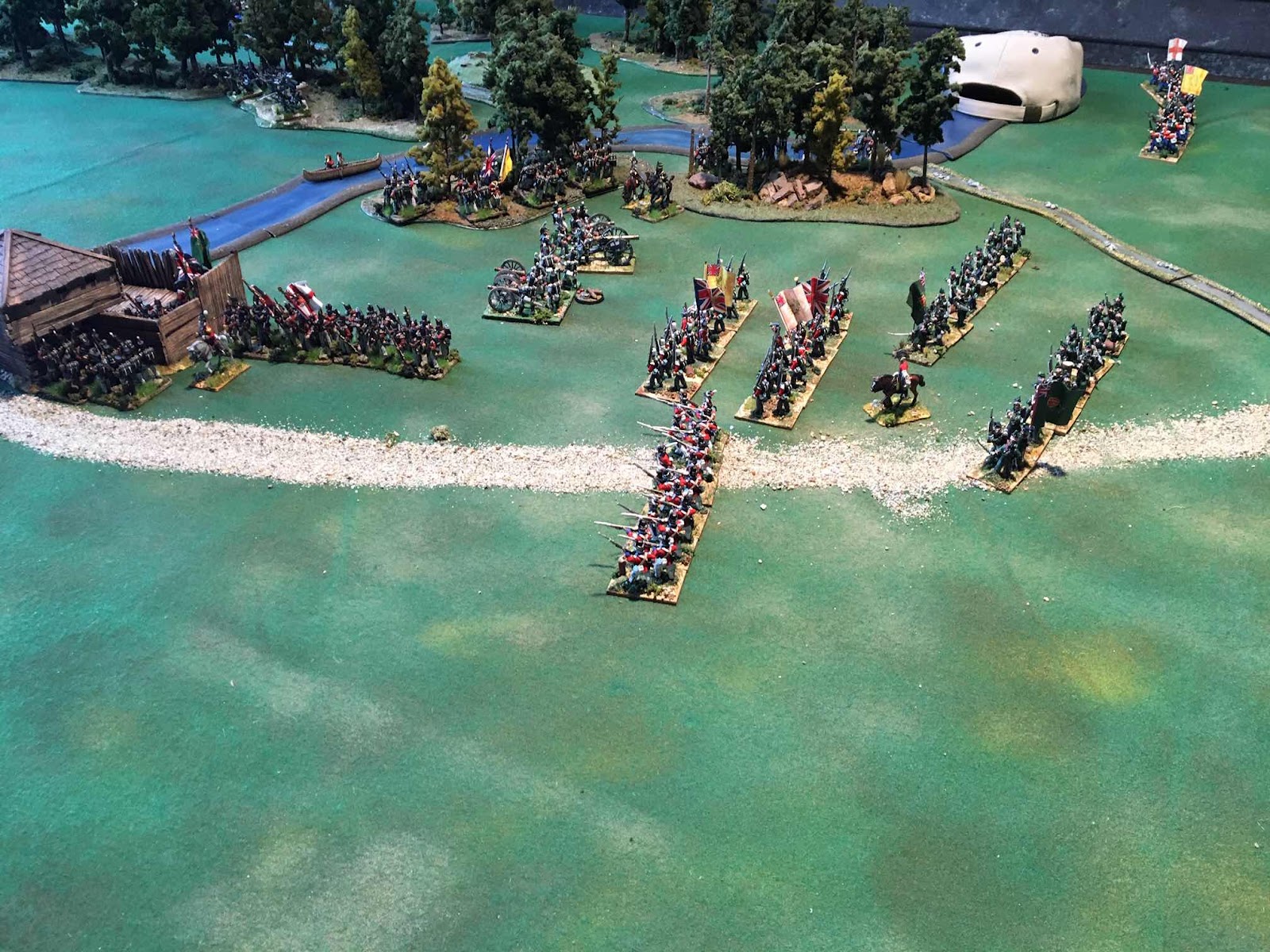 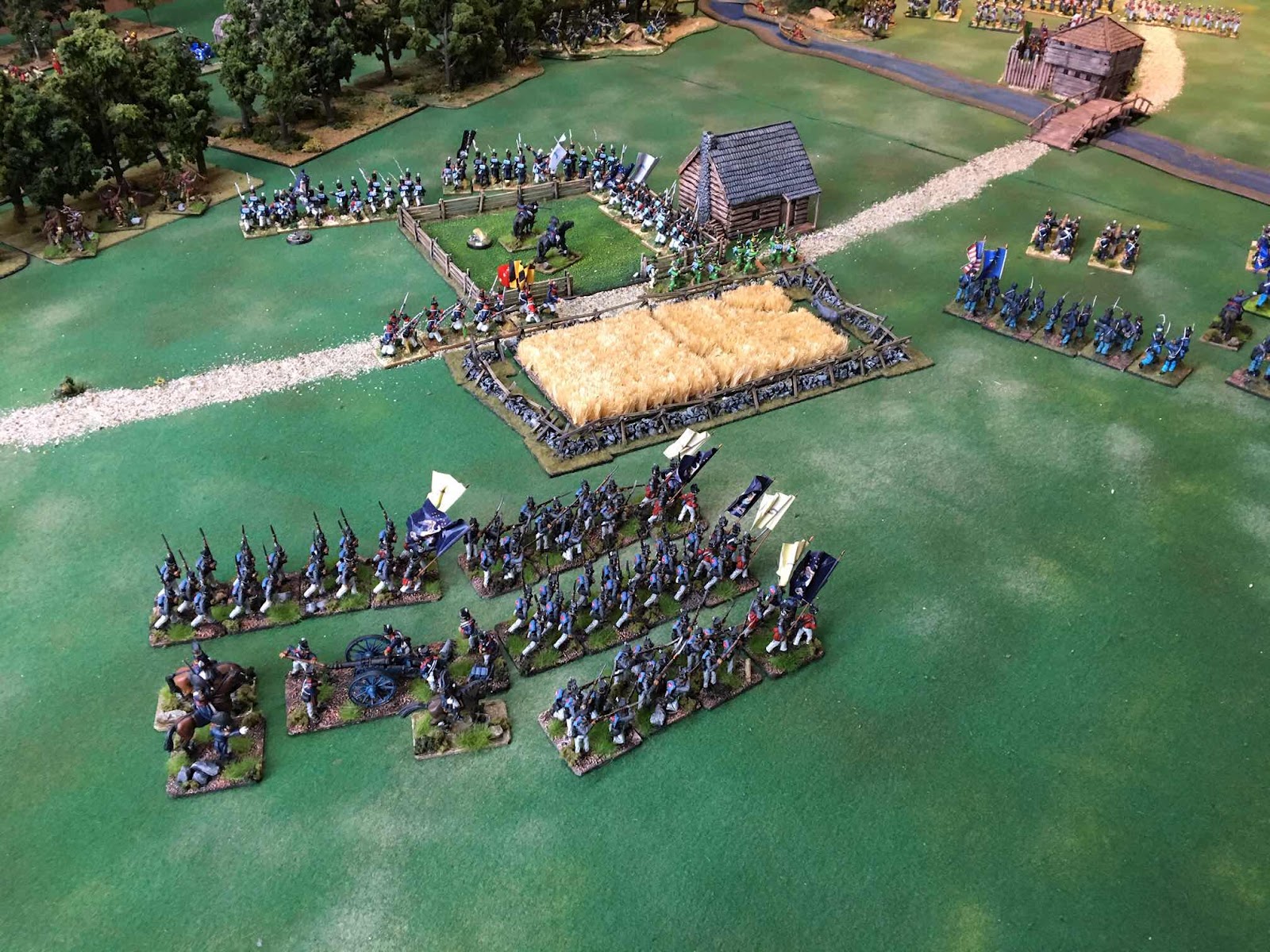 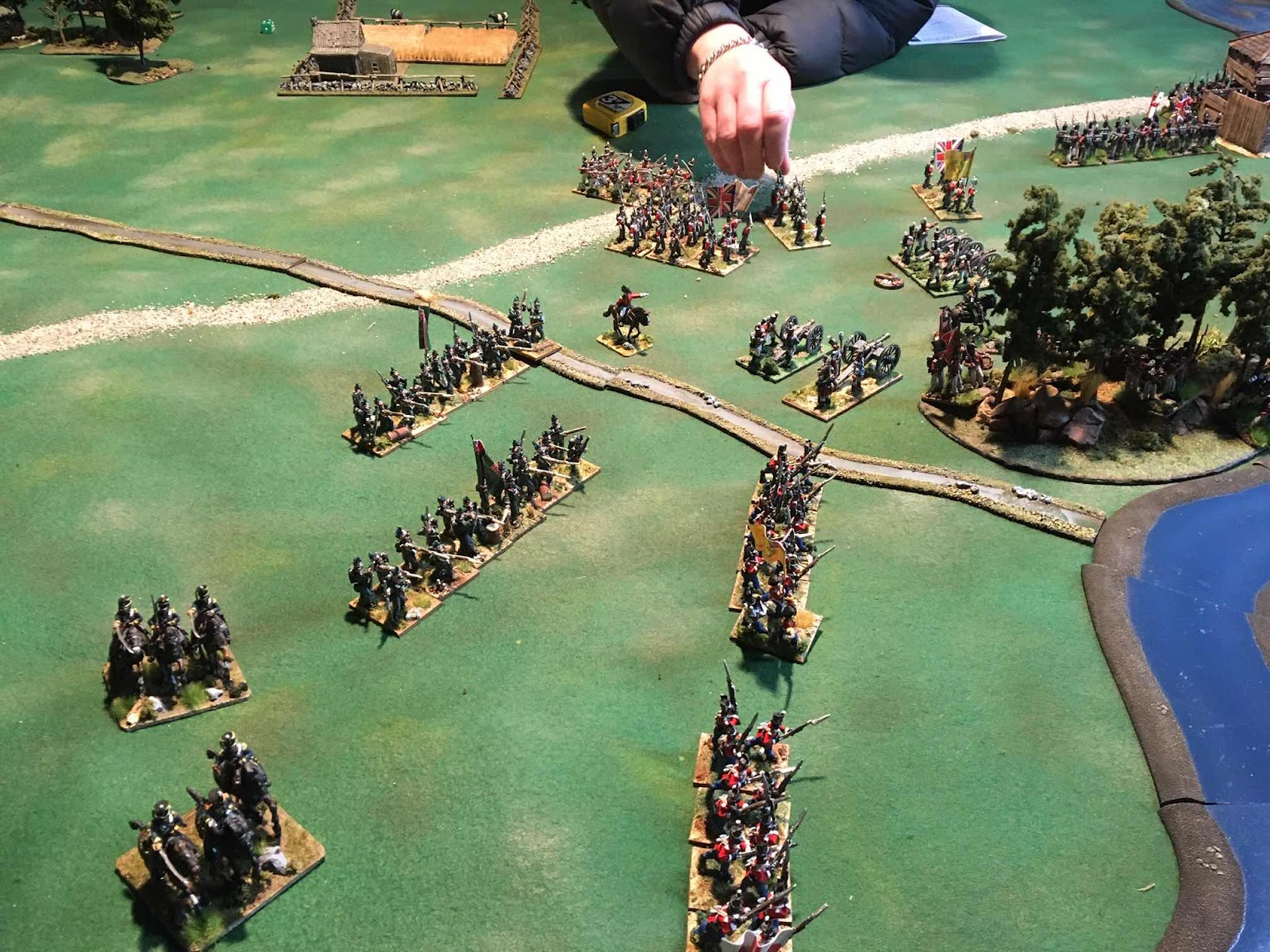 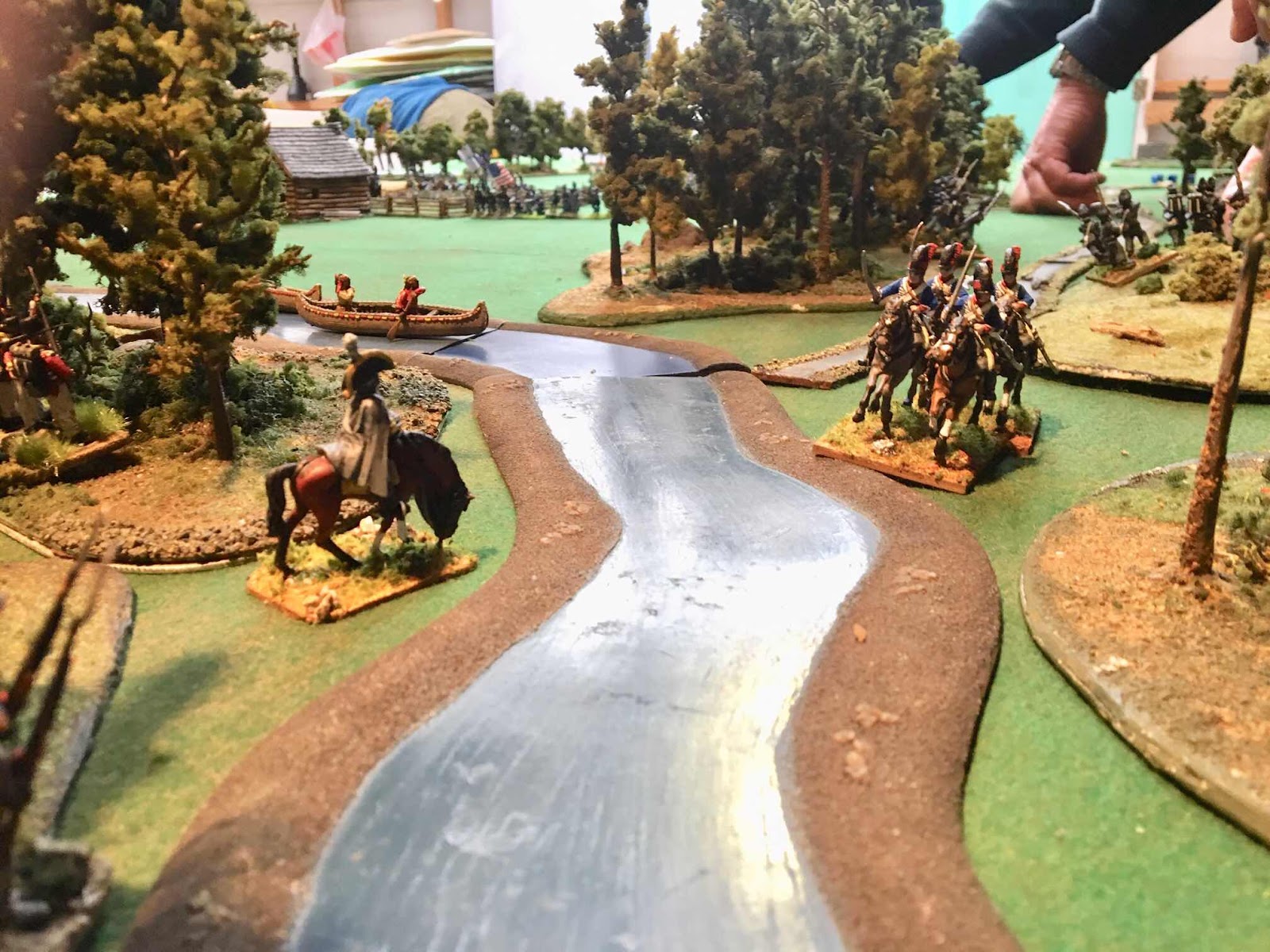 Sensing victory the Americans pushed forward across the bridge, but the British cavalry charged, and despite being at a disadvantage, routed the  American infantry and denied them the key victory condition of establishing a position on on the north bank, by occupying the blockhouse.

The game ended as a draw with a slight advantage to the Americans.