A couple of years ago I was having trouble keeping track of the number and type of units I had in particular collection so that when I wanted to put together a particular game I had to consult some rather imperfect lists or would simply go to the storage boxes or trays and count the units. So I set up a simple database to keep track of things.

From this I can pull out a list of the entire collection, by era or by individual army. It has become a very useful tool since my collections are now quite broad and there is no way I can remember what I have in each collection.

The report also counts the number of foot and mounted figures, along with guns and pieces of equipment (limbers, wagons, ships, etc). 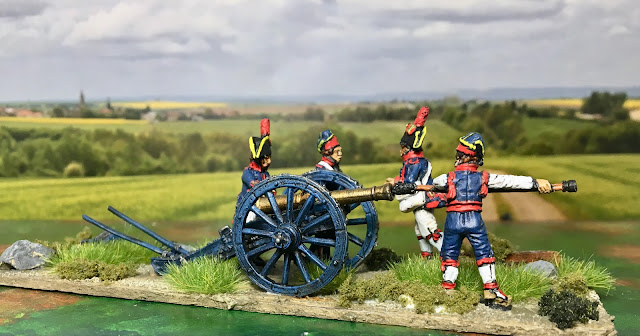 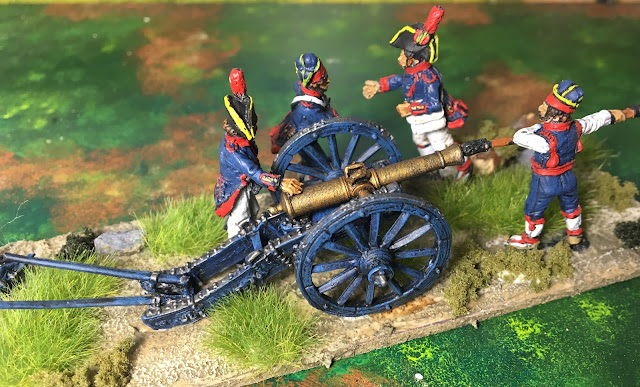 As I completed Spanish gun set above and punched the information into the database I noted that the number of foot figures had exceeded 10,000. In truth I struck the total a while ago, but have only just updated the database with this new unit, and the actual count is 10,126 foot,1,626 mounted 223 guns and 165 pieces of equipment. Now you could argue that the 10,000 mark was reached quite some time ago if you count foot and mounted as a single entity, but do you count the rider and horse as one or two figures? For me the benchmark is the number of foot figures.

I was astonished at these numbers. The first thing I did was look at all the storage boxes. There didn’t seem to be enough boxes for that number of items, but that was only because there are so many boxes now that they are stored in three different locations in the house. So I put them all together in one place and when I saw them thus grouped it all started to make sense. 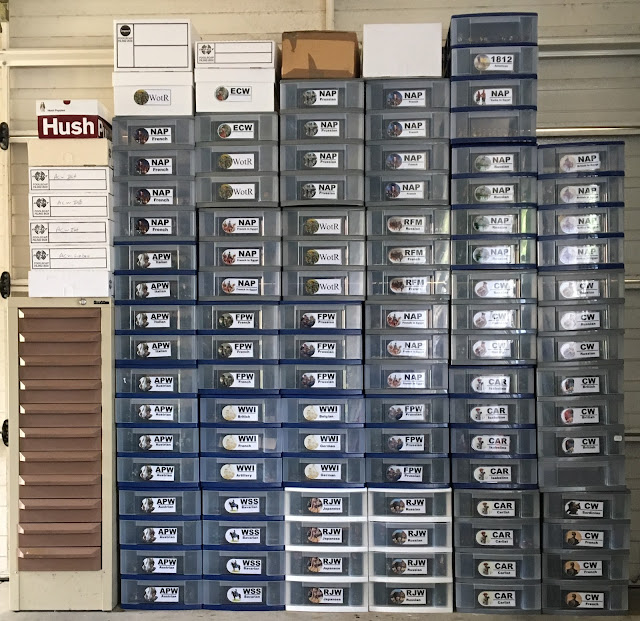 To give some sense of scale to the image above, the stack measures 2 metres (6 feet 7 inches) on the base and 1.9 metres (6 feet 3 inches) at the highest point.

I have known for some time that the numbers were getting up there because storage space was running low, but I hadn't run the count report for a while. I mean 10,000 figures! And all 28mm! If space was not the problem I would probably say "20,000 here I come", but all this has made me think a little about where I go from here. I have a few projects to complete – the Spanish Napoleonics, a small expansion of the Carlist Wars, the even smaller project to complete the Heavy Brigade for the Crimean War British and a more moderate expansion of the War of 1812, but I think I may need to curtail forays into new areas of interest in the future. This may mean stop drooling over figures on the internet or in magazines – although restraint is a word for which I have never had much respect.

Maybe I just need to play more games with the figures I have.