The Hompesch Mounted Rifles are another of the émigré units serving with the British in Egypt, and the only such cavalry unit. Raised in 1798 by Baron Charles de Hompesch-Bolheim, a Prussian in British service, chiefly from German, Austrian and French nationals  the regiment served in Ireland, Ferrol and  Cadiz before sailing to Egypt. The unique shako gives them the honour of being the wearer of headwear type 16 in this army. 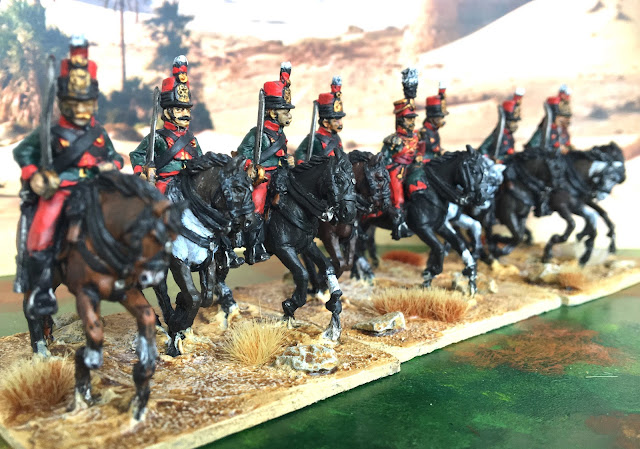 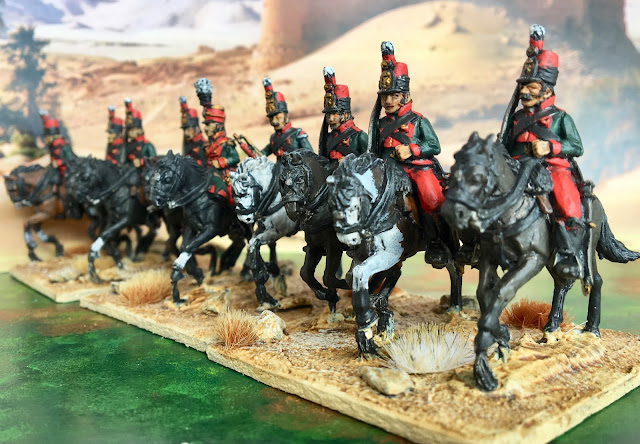 Also completed in time for last Sunday's game is the 90th (Perthshire Volunteers) Foot, a light regiment raised in Scotland in 1794. Its light infantry status is the reason for its use of the Tarleton helmet – that differs from the cavalry version of the helmet in that it is smaller thus justifies the claim to the millinery style type 17. Before its exploits in Egypt the regiment served in the Quiberon Expedition and later supported the French Royalist General de Charette with this battles against the Republicans (that followers of Hornblower will recognise this as the episode “Frogs and Lobsters” in the television series or the chapter by the same title in the book "Mr Midshipman Hornblower"), before participating in the capture of Minorca. 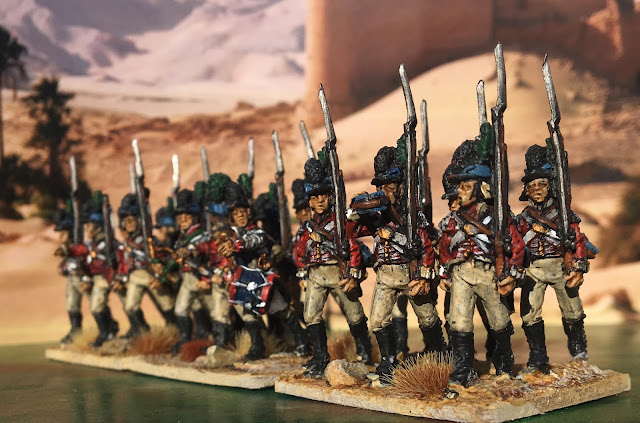 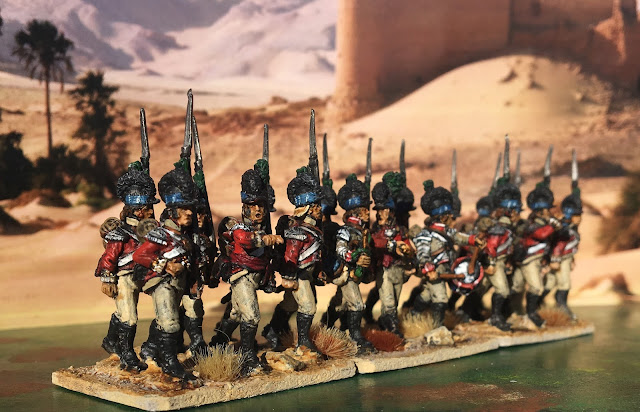 Another interesting snippet related to this regiment that my friend Keith pointed out in a comment a few days back is that its founder, Thomas Graham, had a deeply personal reason to detest the Revolutionary forces of France. Although somewhat sympathetic to their ideals at first, when his wife died in France and was being repatriated to Britain, a group of Revolutionary soldiers opened the coffin and disturbed the body, changing his view of the Republican cause. His military career became his means for revenge against the actions of those men.

Email ThisBlogThis!Share to TwitterShare to FacebookShare to Pinterest
Labels: British in Egypt, Napoleonic