A Visit to the Swedish Army Museum

I am in the northern hemisphere on business at the moment. I left Auckland on Tuesday night for the first leg, an 11 hour haul, to Los Angeles. The flight was pleasant enough and I got some sleep thanks to a sleeping pill. I was quite shocked though when about 45 minutes out from LAX I could see a vast amount of debris in the water. It extended as far as I could see out of my little porthole and it took us about fifteen minutes to clear it, so it must have extended somewhere between 75 and 100 kilometres wide. This was the debris from the Japanese Tsunami still drifting around the  Pacific Ocean and seeing it is rather sobering.

After a two hour transit in LAX it is back on the plane for London and another nine and a half hour sector, made more tolerable by a business class upgrade. No sleeping pill this time, so a chance for a couple of pinot noirs with dinner, finished off with a matching pair of cognacs to follow. I much enjoyed watching Barry Linden again. I also spent some time more productively by proofing the draft of my Spichern/Froeschweiller book.

I had another transit in London of about four hours amid the cellphone obsessed hordes (is their life really that vital) before I embarked on my final sector to Stockholm where I spend two nights before I head off to Toulouse for four nights.

Unbeknown to me, Thursday is a public holiday, so I ended up with an unintended day at my leisure. My hotel is fairly central which meant that within easy walking distance were the key sights of city centre, the old town, the Royal Palace, the Parliament buildings, the Nobel Museum, the Opera House, Gustavus Adolphus Square, the King’s Garden, several stunning cathedrals, the waterfront, and much more. I captured most of these in a walk of just over a few kilometres from the hotel, but the most important spot for me was the Military Museum.

Now you need to understand that I have been developing an interest in the Great Northern War so here was an opportunity not to be missed. It is a great museum. There are many superb exhibits of flags, weapons uniforms and equipment, and highly recommended to any visitor to Stockholm.

Below, the museum building from the road 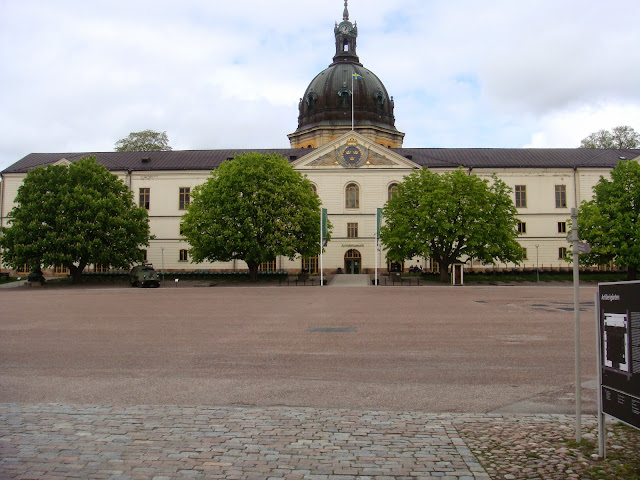 Outside the entrance to the building is a row of gun barrels, bronze guns to the left and iron to the right.
Below, the bronze barrels drifting off into the distance 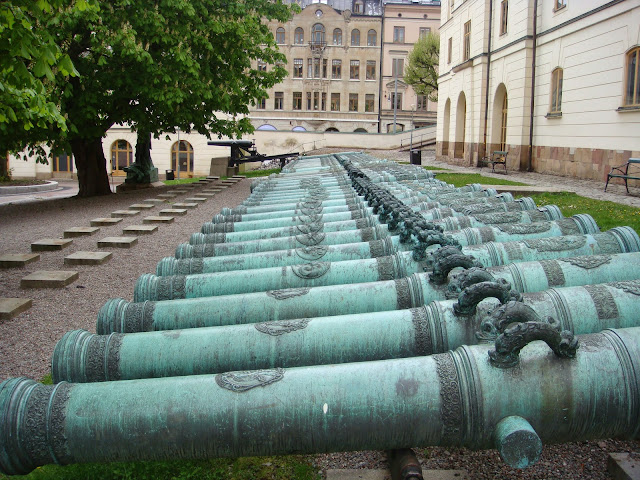 There were lost of manequins and life sized dioramas 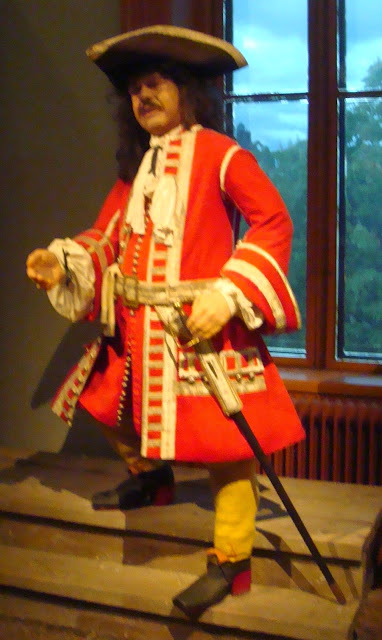 Below, these three chaps are charging right towards you as you enter their room 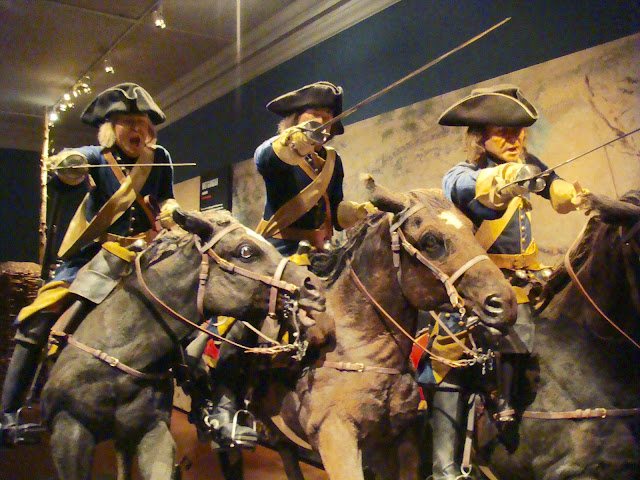 Below a Napoleonic gun crew 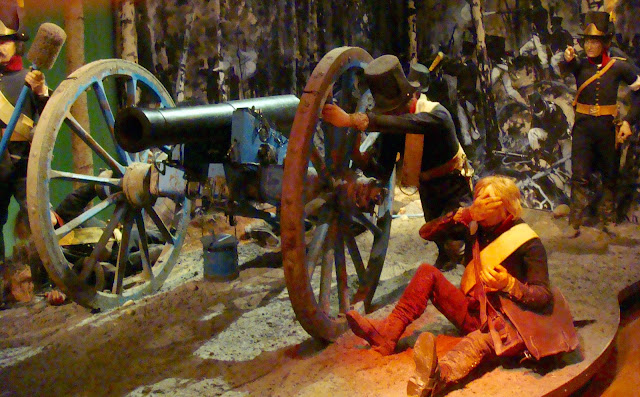 A Russian Napoleonic Jaeger taking aim at the battery above 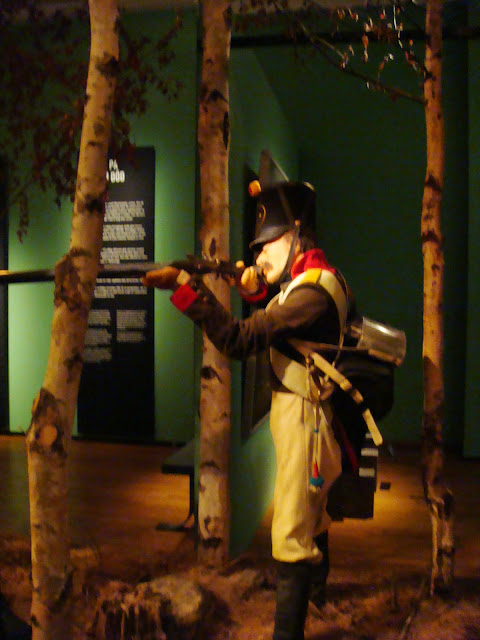 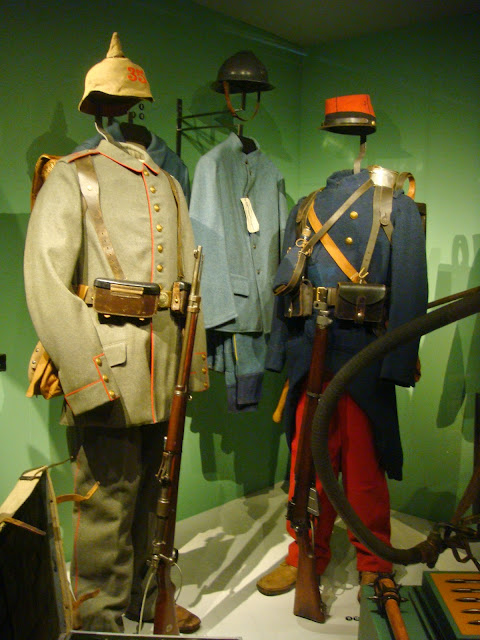 A Prussian Guardsman from the 1840s 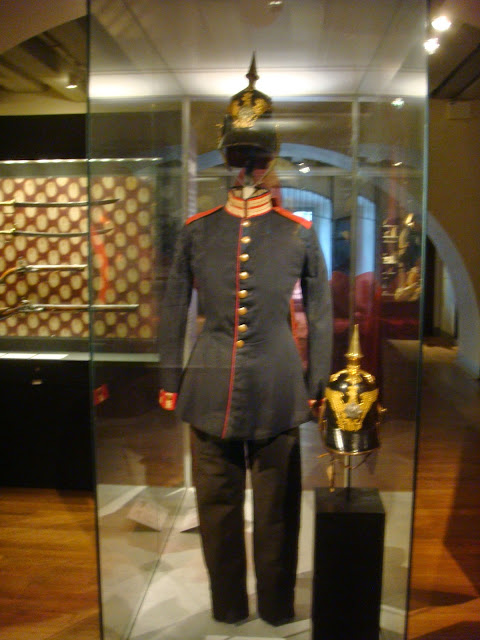 Below, the uniform of Swedish infantryman and a musician of the Great Northern War 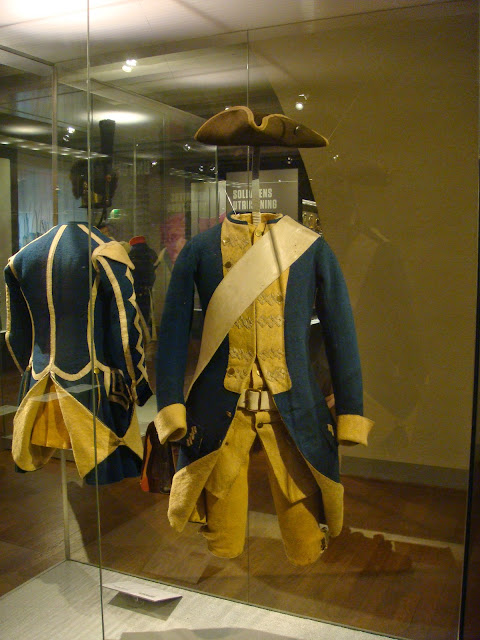 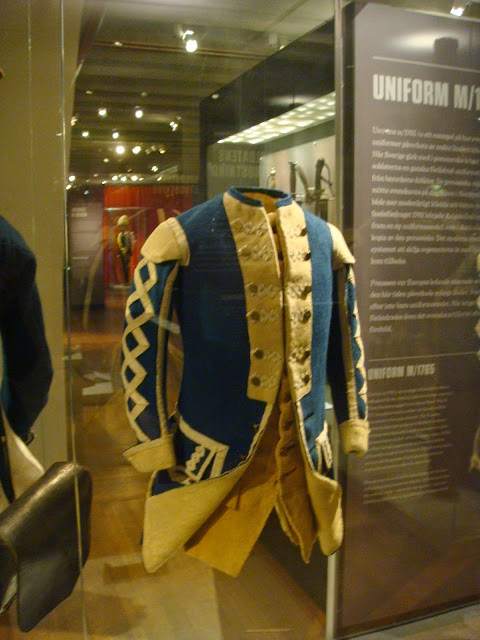 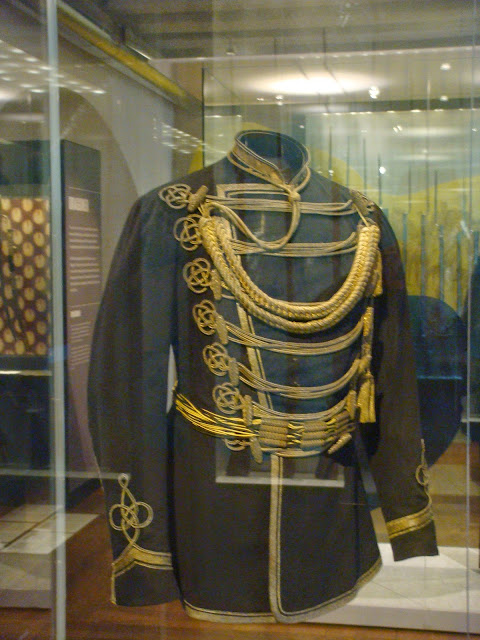 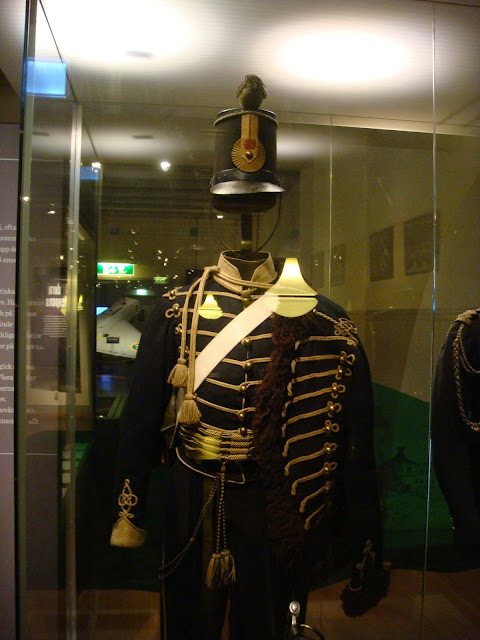 Some of the guns on display - I was surprised by the size of these two 3lb guns. 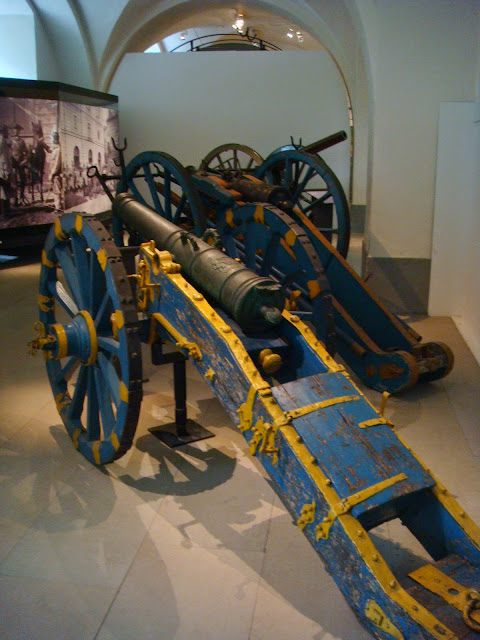 I even saw the Royal Guard parade with a full band. 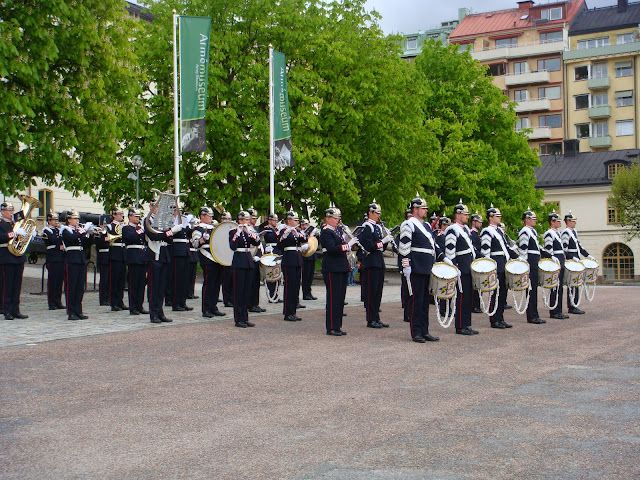