Once again this has been a week for making scenery items.
First up is a small outbuilding that will stand along side the Plantation house from last week. There is another small wooden structure that will go along with this.
Most of the rest of this post is a tutorial in response to a request from a reader for a description of how I made my jungle pieces. But before I get going kn that I want to give a bit of a plug for Auckland wargamer John's new blog that documents his grandfather's experiences in WWI through his grandfather's own account. Each post is reports exactly what occurred 100 years ago.
Details can be found here.
Now on to the tutorial.
As the base of my jungle pieces I use foamcore board because it is light and quick to cut into shape. When I started the project I made them about 60mm by 50mm in irregular shapes. Before long I decided to make these pieces bigger, about 150mm by 100mm and in varying heights.
For the examples here I have made two pieces from foamcore board, stacked three and four levels high, and one large piece made from expanded polystyrene. The latter is intended as a high rock outcrop or cliff into which I want to cut some caves.
Below is the four level piece assembled. Note how there are some steep slopes that feature areas of erosion. Then it is time to attach small stones in random patterns. Still further below is the rough shape of the polystyrene piece. 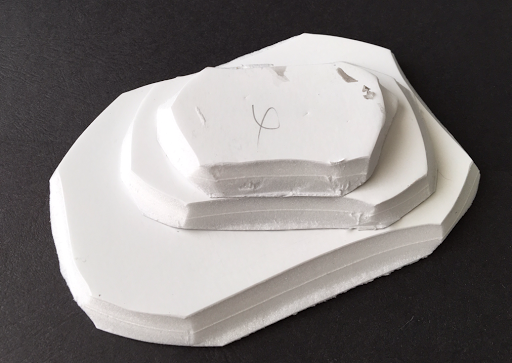 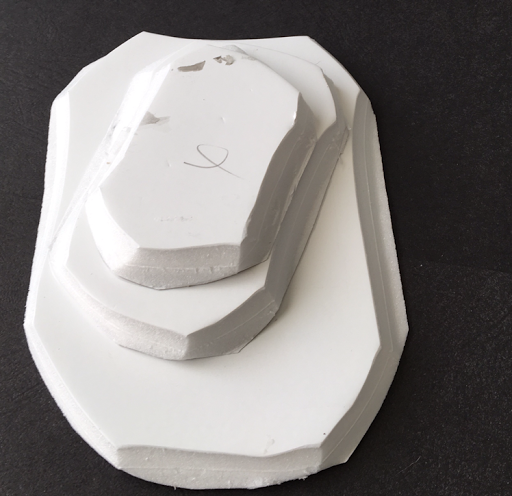 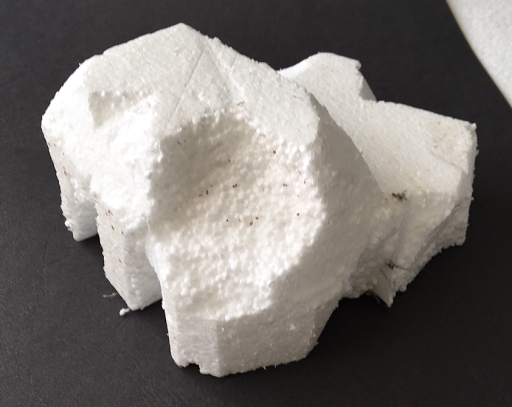 The polystyrene piece was worked on first. The first thing to be done is to cover the whole piece with tissue paper. First the surface is covered with PVA glue then the paper is pressed onto it. Then a watered down solution of PVA is applied over top, adding more paper if needed, allowing the paper to wrinkle and bunch as much as possible. When finished and dry the surface has the appearance of a rough cliff face. 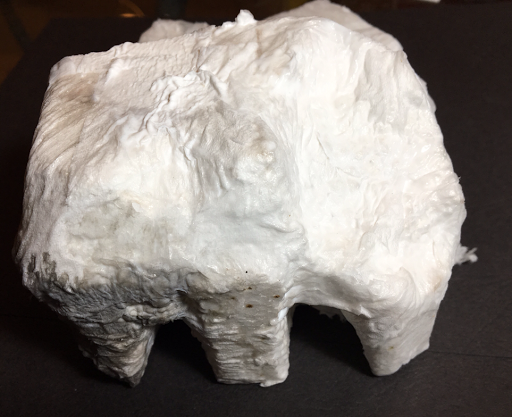 On this same piece I want a really rugged rock face and for that effect I have used some pine bark that I have scavenged from the garden, see below. This bark is then stacked and glued on the stepped top of the piece. 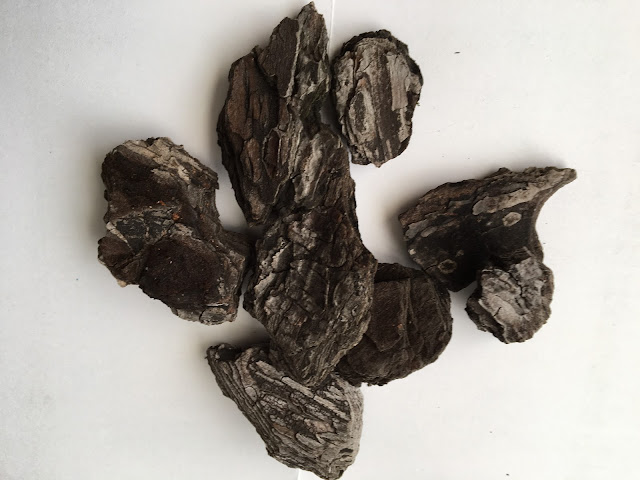 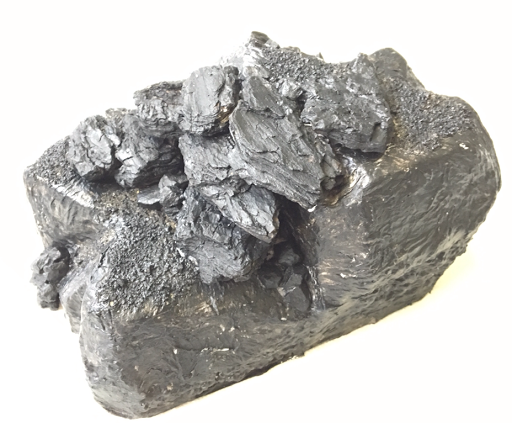 Then the whole surface of the two smaller pieces is now coated in PVA, covered with coarse builder's sand and some small stones were added. I only put sand on the flat top surfaces of the polystyrene piece. They were then left in the sun to dry. 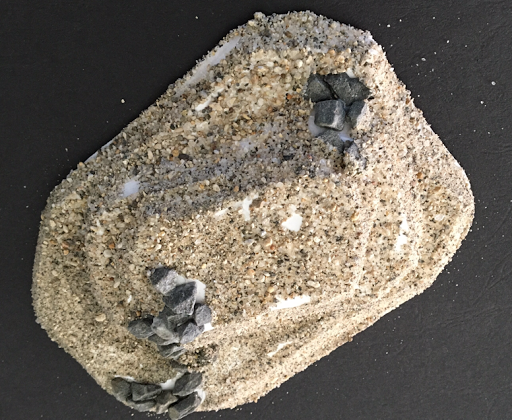 When the glue us dry all of the pieces are painted black. For this I use a low cost artist acrylic that is thick and helps to hold the sand, the stones and the bark to the pieces. Again they are left in the sun to dry. 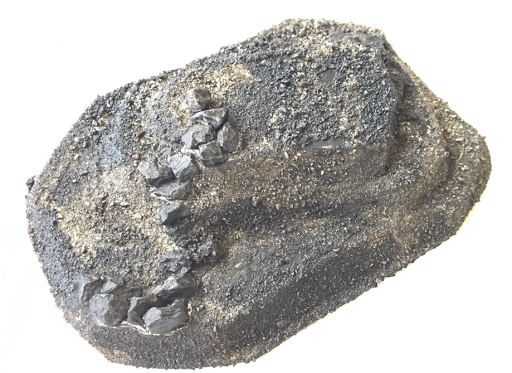 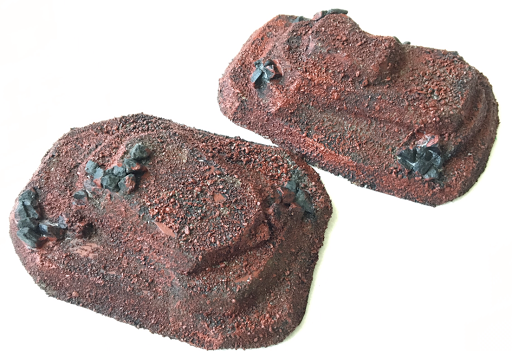 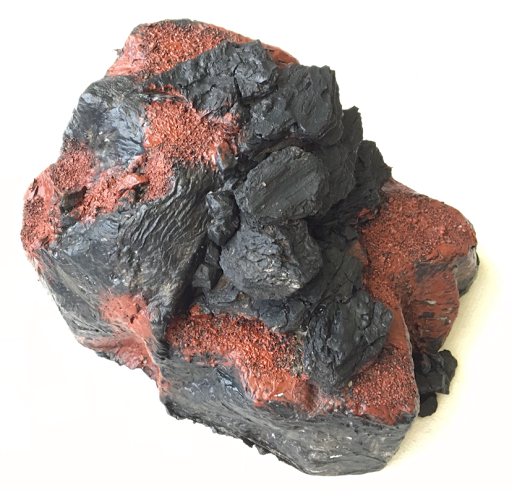 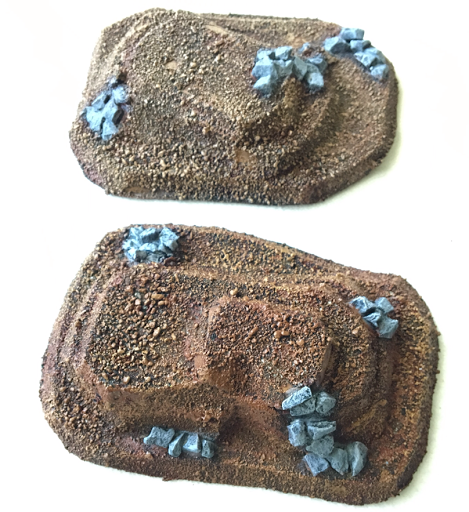 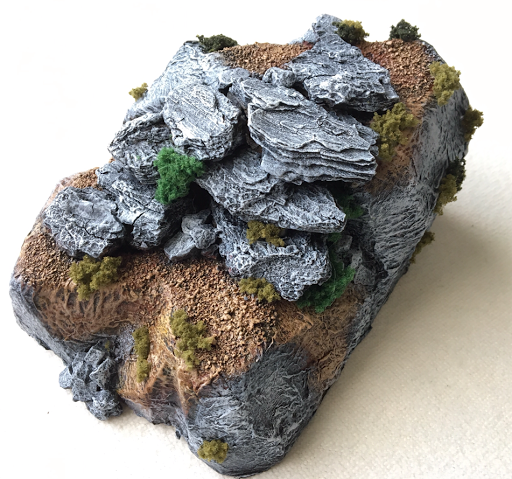 Now I add different types and tones of foliage. First I glued on some bushy pieces on the high ground and on rocky ledges. Then I add one or two pieces of twig from the garden as fallen logs. Finally, to the smaller pieces, I added the plastic "bushes" that a friend got me for a small cost. These come on a large sheet of 81 bunches, each of which contain eight individual bushes. The first thing to do is to cut the individual bushes from the bunches. Then with an awl I puncture the surface of the base and then with a small amount of end of PVA fix them in position. 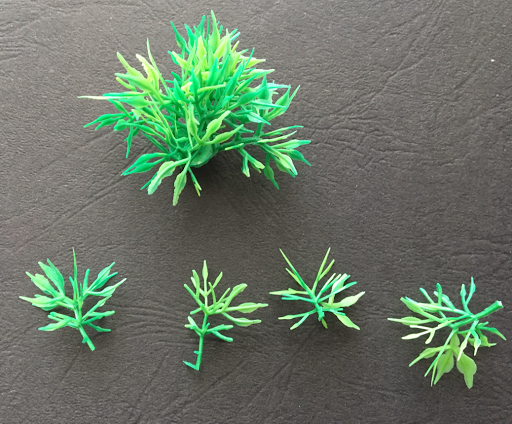 And these are the finished items. 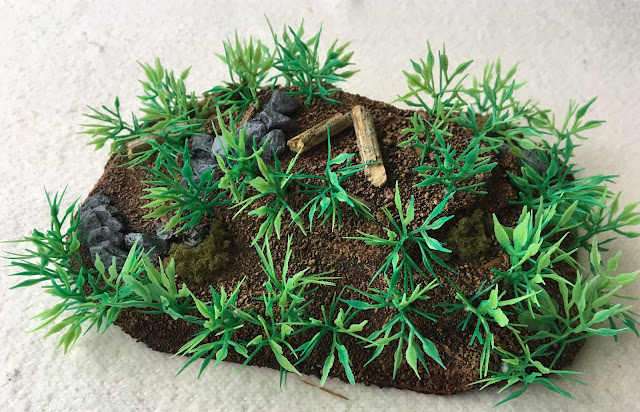 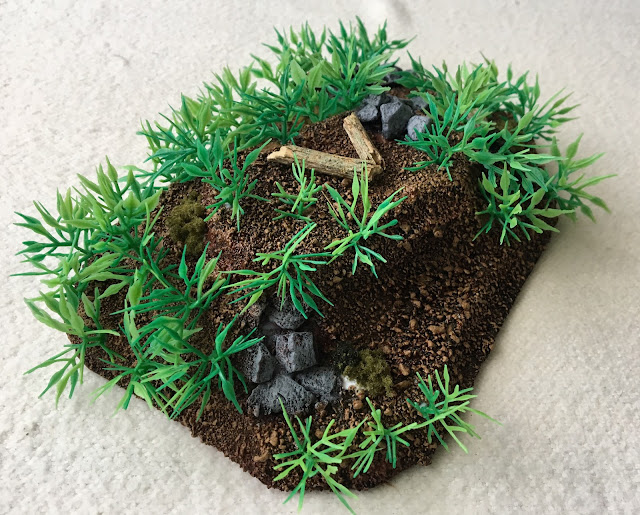 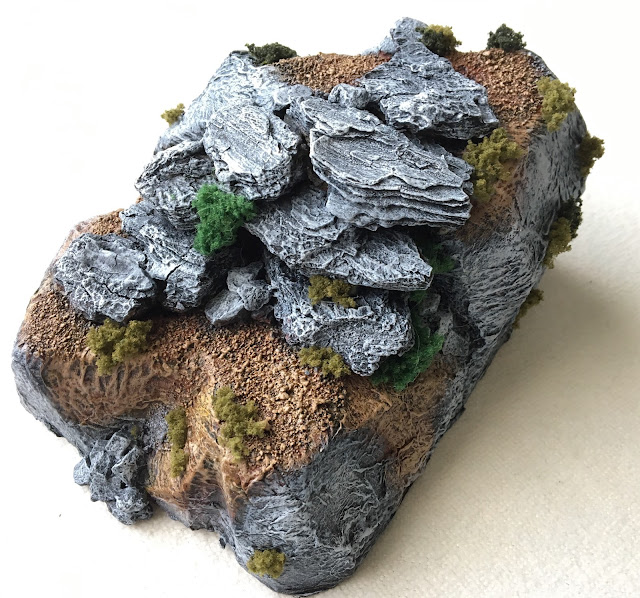 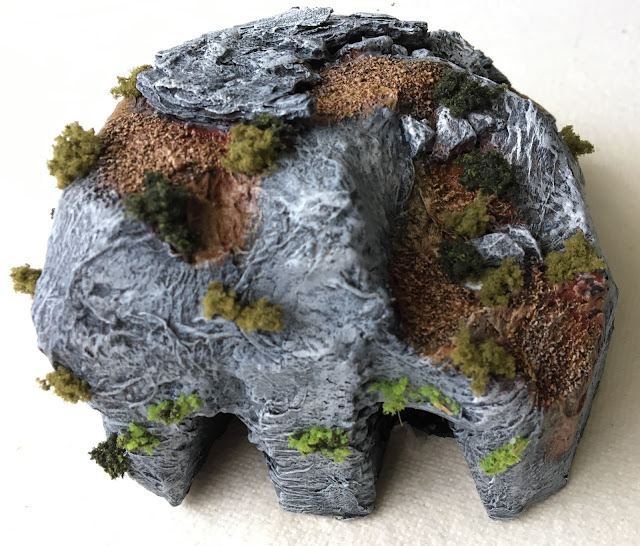 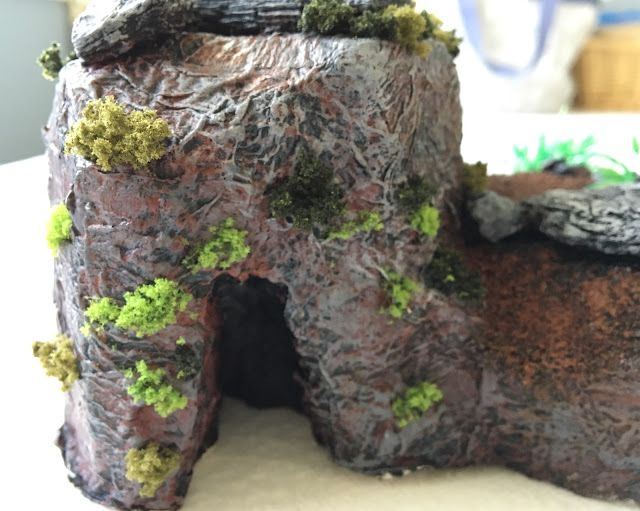 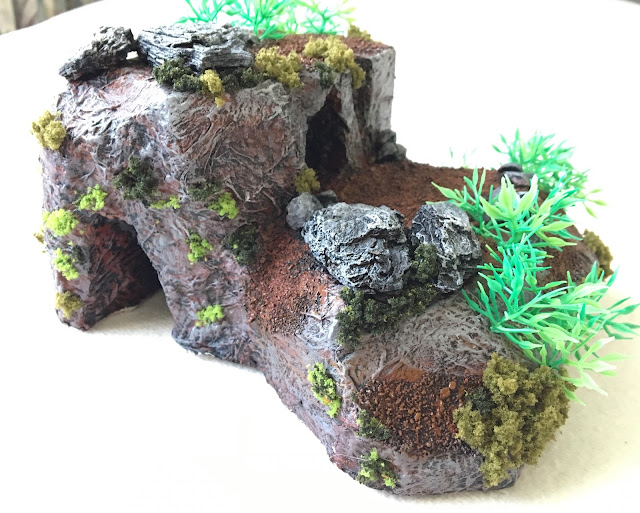