This week sees the completion of the third and fourth battalions of the Turkish infantry regiment, supported by a couple of guns sets, for the Crimean War.

This force, as I have stated in previous posts, is intended as a support force for the British and French Crimean armies (pretty much as the same as the similar sized Sardinian force I have). At some point in the future the Turks may expand, maybe with another regiment of four battalions and some cavalry, for operations outside of the Crimean Peninsula. For now this will do.

Here is the whole force deployed for action. The three mounted officers, painted some four years ago now, finally have troops to command.

In earlier post about my ACW experiment I mentioned that I might  be a bit extravagant and make some units in march column. Here is what I am intending for these. 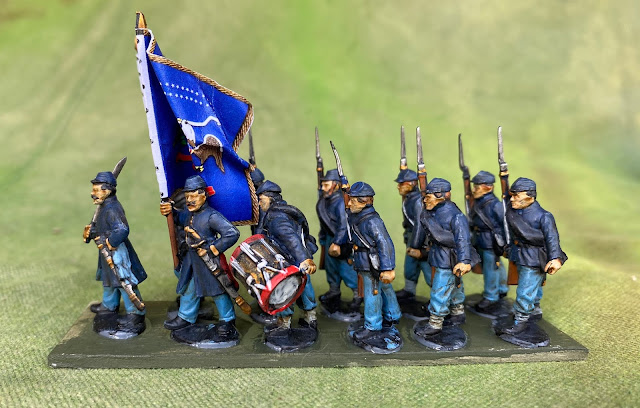 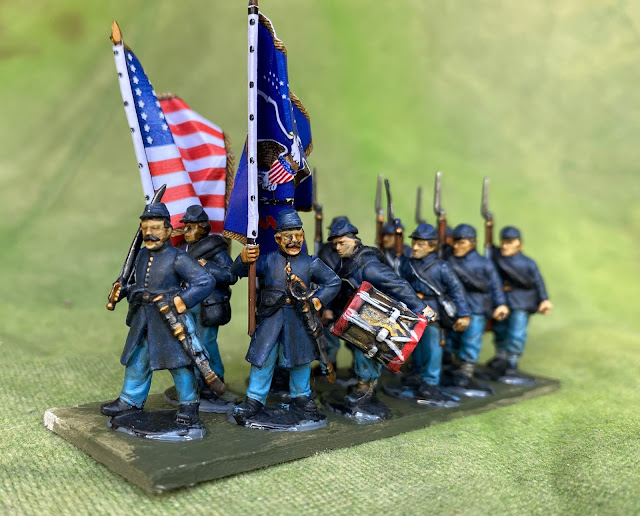 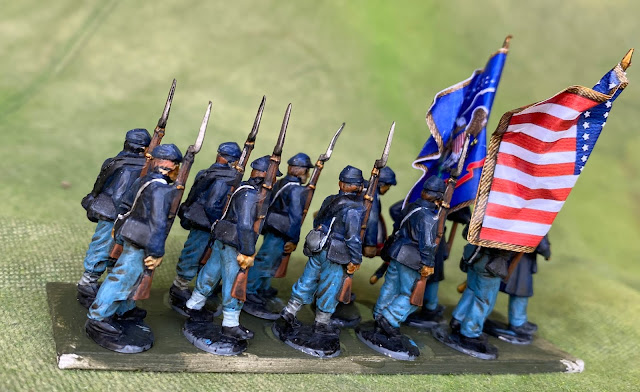