And Now For Something Completely Different

After all of the Napoleonic and other 19th Century items completed in the last couple of years, I have shifted forward a hundred or so years to 1940.

A couple of others in the group have collections of 28mm WWII, focussing on the early Blitzkrieg period. Now I am not a huge fan of WWII gaming - much of it is too technical for my simple brain - but if I sm going to do this war the it us going to be this early period, specifically the Battle of France. So since one of these players has a reasonable sized French (which would have been my first preference) I decided to do a small German force and since the early version of the Hanomag half-track has always been a favourite of mine, I decided to do a Panzer Grenadier platoon, supported by a Panzer II, an HMG team and a heavy mortar team. In due course I will add a couple more tanks for variation (maybe a 38t and a Pz III) and perhaps an infantry gun. 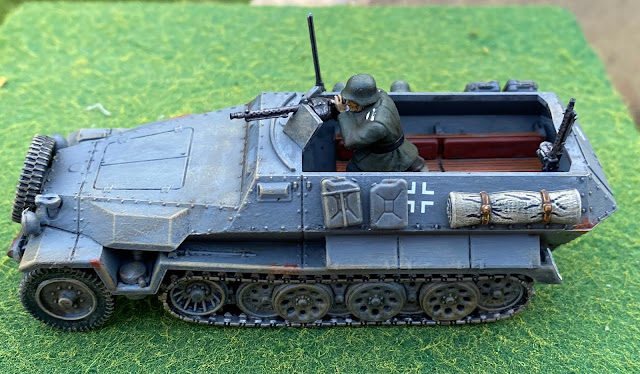 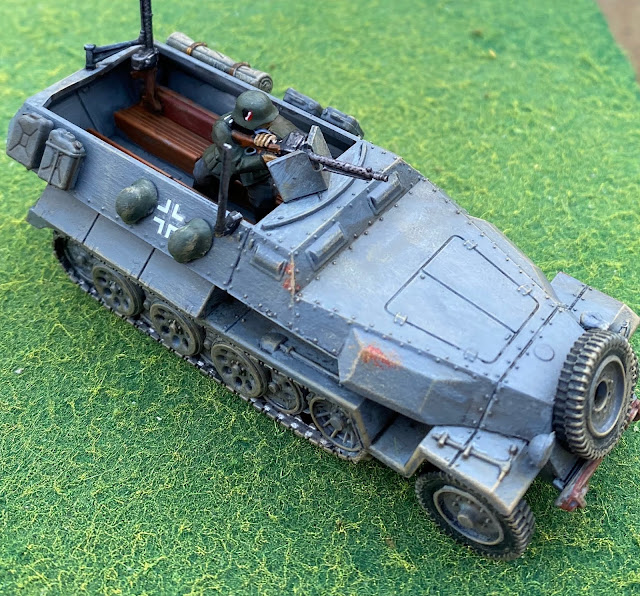 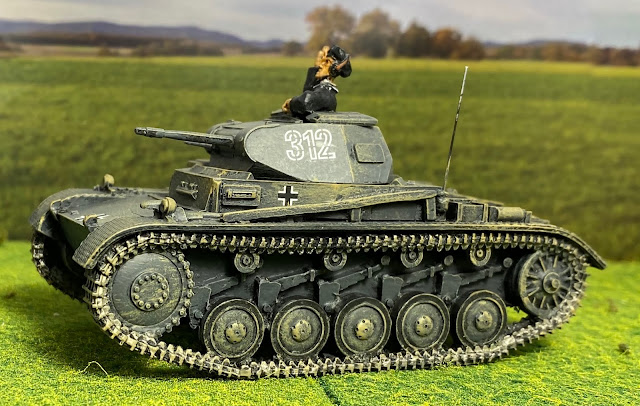 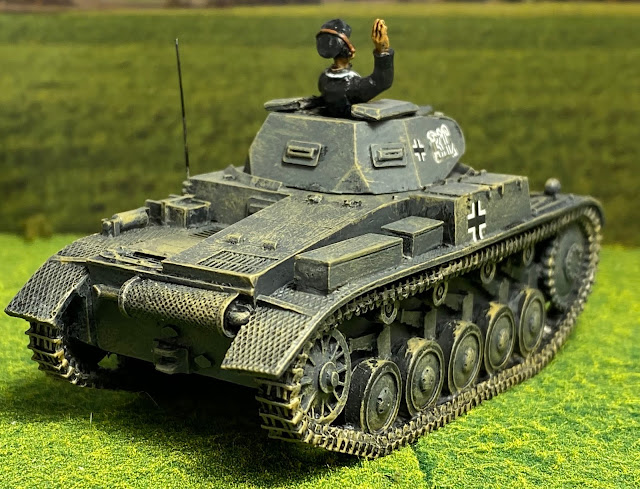 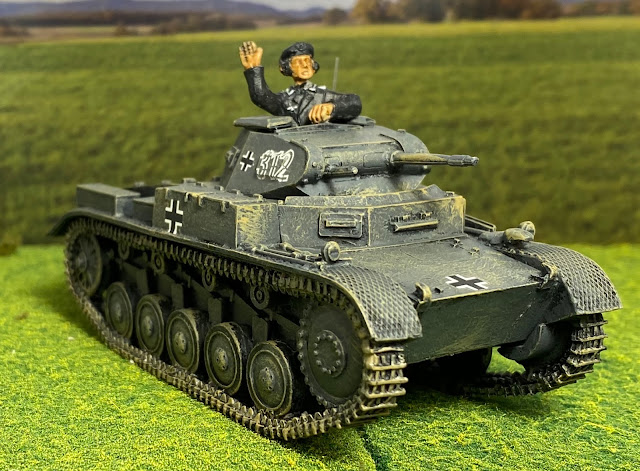 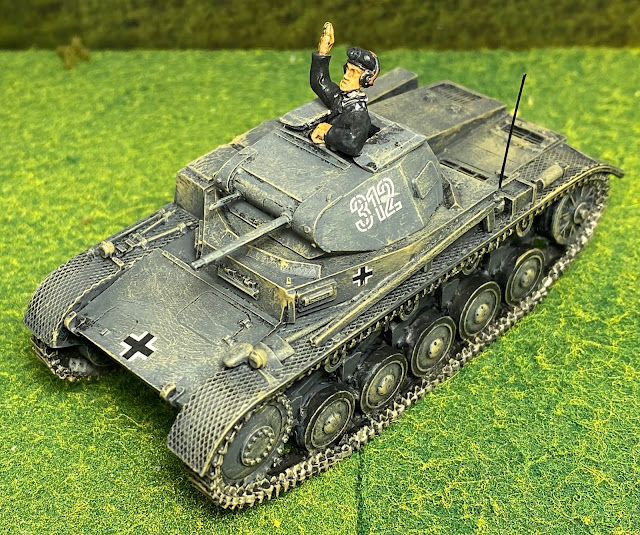 But for now here are the three Hanomags and the PzII.
Posted by Mark Strachan at 17:14